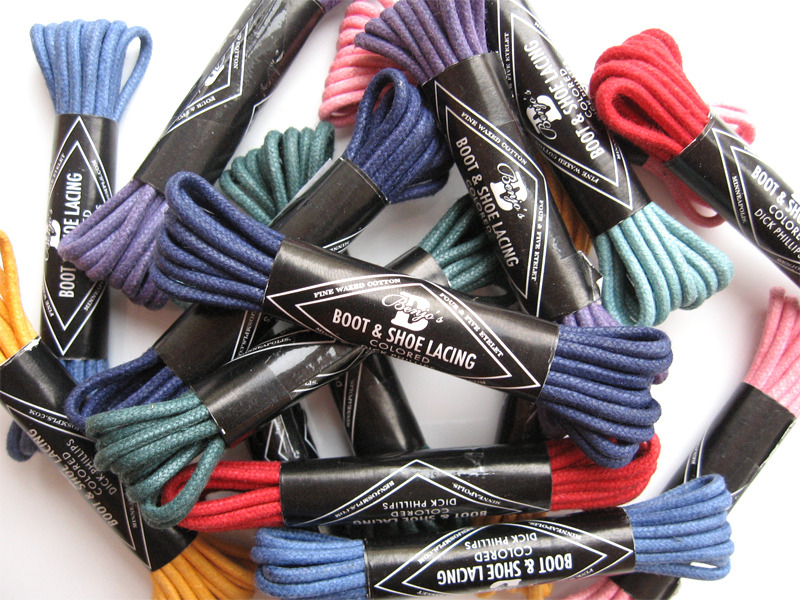 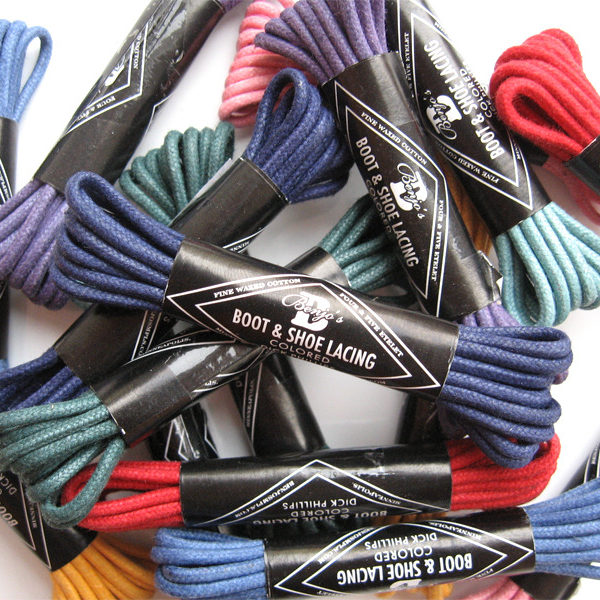 When I was growing up in Southern California in the late ‘80s/ early ’90s, all the cool kids wore Adidas, and the even cooler kids wore them with colored shoelaces. Lately, that seems to be coming back – mostly with boots, but also with dress shoes.

Benjo’s, one of the companies that makes such laces, sent me some to check out. I was given a wide assortment of colors and each pair of laces was waxed, which made them a bit stiff, but also more durable. They’re each 30″ long, which means they’re most appropriate for shoes with three to five eyelets (ballparking, as it depends on how wide your shoes are). I put a pair of the dark green laces on my chocolate brown, suede chukkas, and I like them.

In the next month or two, it seems like they’ll soon have some new colors, new lengths, and some unwaxed and flat lace versions. Some will be long enough for bigger boots such as the Alden Indys. Keep an eye on their site.