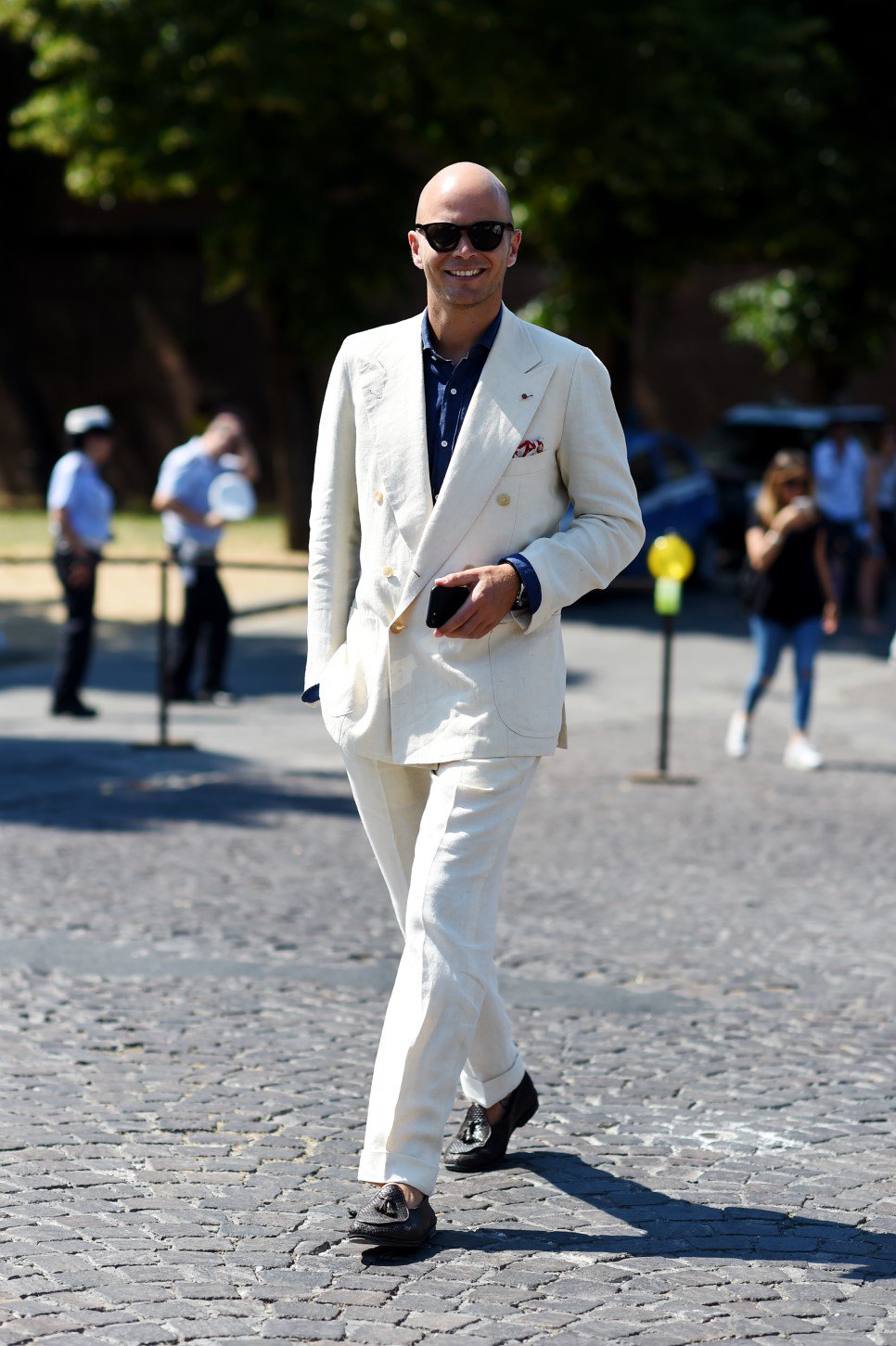 Summer is often a more daring time for clothing — for loud prints, short shorts, and unbuttoned buttons — and as fall approaches, many of us sheepishly tuck our collars back under our lapels. We look for other, milder ways to break us out of style defaults. For me, I almost universally wear light-colored woven shirts. White and blue oxfords, white-ground tattersalls, washed chambrays. If the default men’s shirt and jacket is white shirt and navy blazer (or white tee and denim jacket), I don’t vary a lot from that.

I broke out of that habit last year by talking myself into a darker dress shirt / lighter jacket combination — in this case a navy foulard print shirt and a fawn-colored corduroy jacket. Foulard has some campus style roots but this feels a little less tasteful (not in a bad way). I thought it worked well and looked fresher than expected. I’ve been keeping my eye out for similar looks done well and, to my surprise, found quite a few. Maybe it’s not so surprising; dark knits under a jacket are common; a charcoal or navy turtleneck, for example, are far easier to pair than a white, buff, or even sky blue knit. And dark polos under jackets in the summer don’t look out of place. But look at 100 images of exemplary menswear, in 95 of them the shirt will be lighter than the jacket.

The keys seem to be, largely,

If your eye, like mine, is trained to avoid dark, saturated woven shirts (bad memories of 90s/2000s black or red dress shirts), an easy way to try it out is with a slightly darker denim shirt, which are pretty common these days (J. Crew makes one that’s pretty casual, with contrast stitching, Sid Mashburn makes a good one). A navy oxford or broadcloth with otherwise straightforward styling (like a buttondown collar; Kamakura has one in their Vintage Ivy line) is versatile as well. Mixing in patterns, heavier fabrics (like corduroy), or even more casual details, like western or Wabash stripes, takes a little more chutzpah. There’s some risk you might just look jumbled–flannel and workwear fabrics can contrast well with tailored jackets or look like an error.

For jackets, texture and pattern are welcome.  Darker shirts match well with linen in the summer. Denim fabrics are a great match for heavy, fuzzy tweeds or corduroy. Smoothly finished cottons and wools tend to be less of a good match, in my opinion.

Another option is full tonal–similarly hued shirt, jacket, and trousers, often in neutrals like gray or olive. You’ll find less of this in traditional mens tailoring and more of it from what might be called modern designers — Christophe Lemaire (including his ongoing Uniqlo line), Stephan Schneider, Robert Geller. 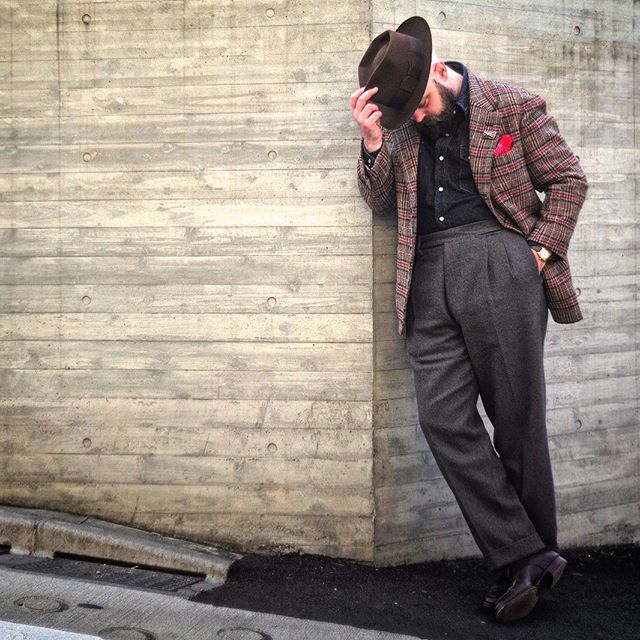 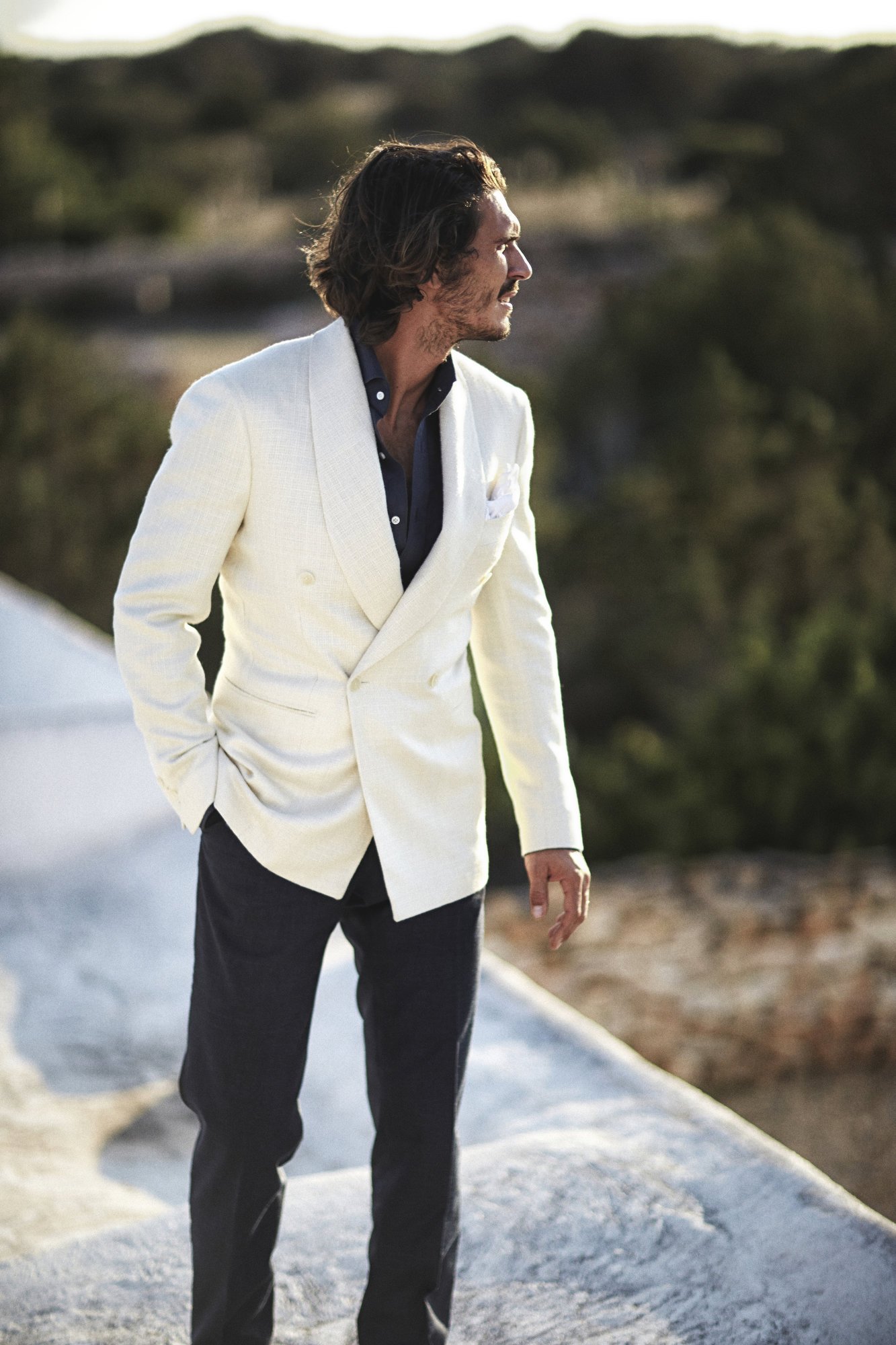 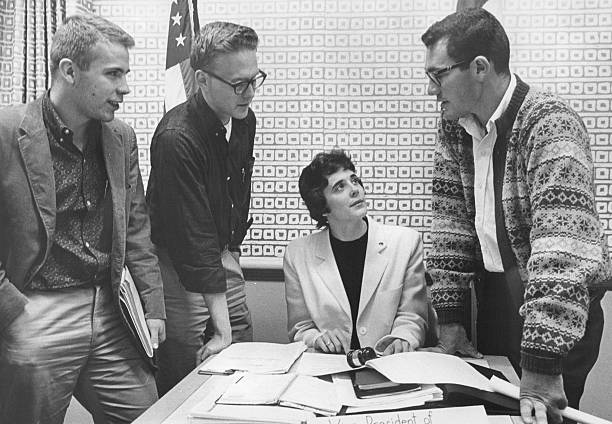 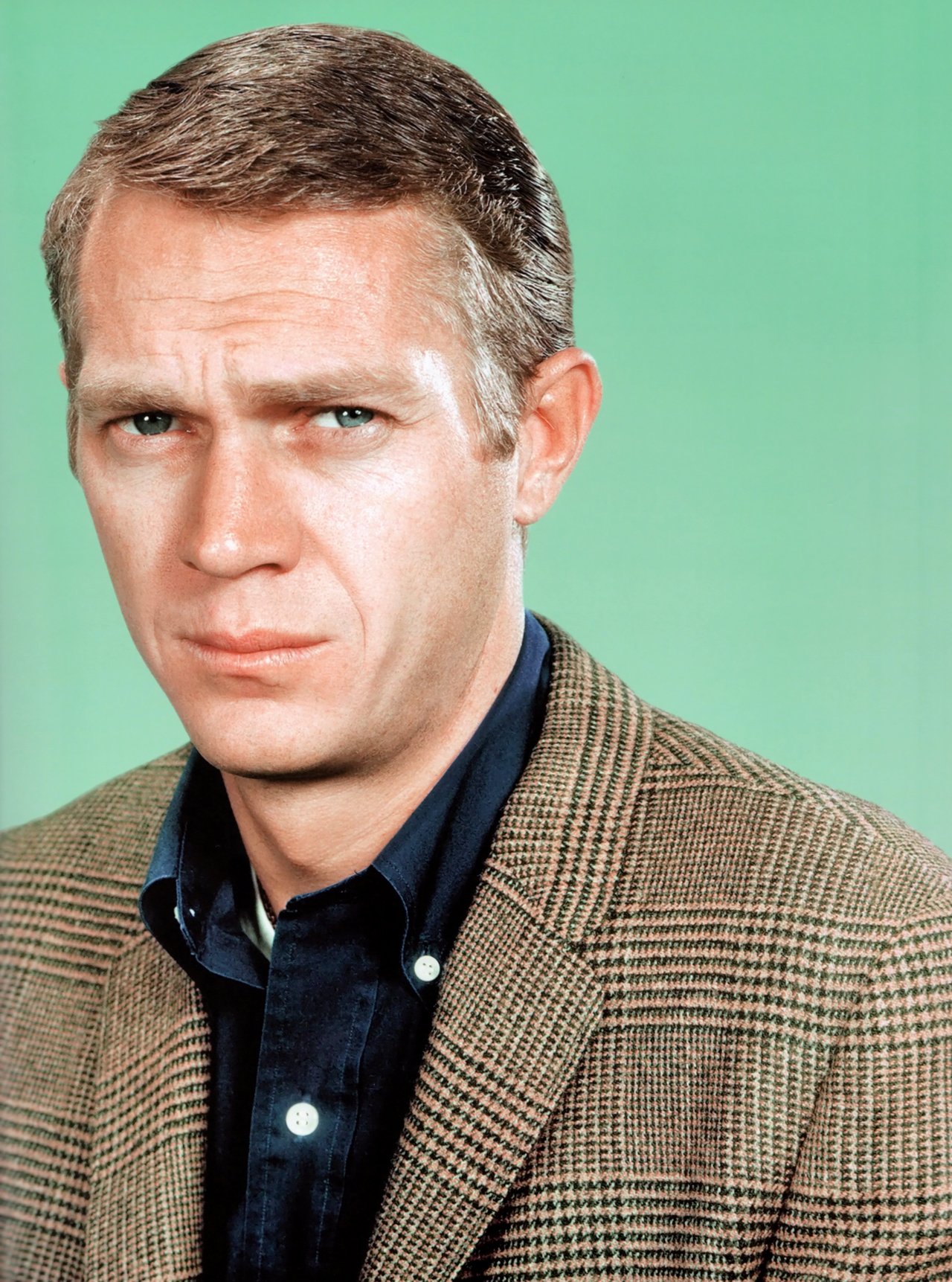 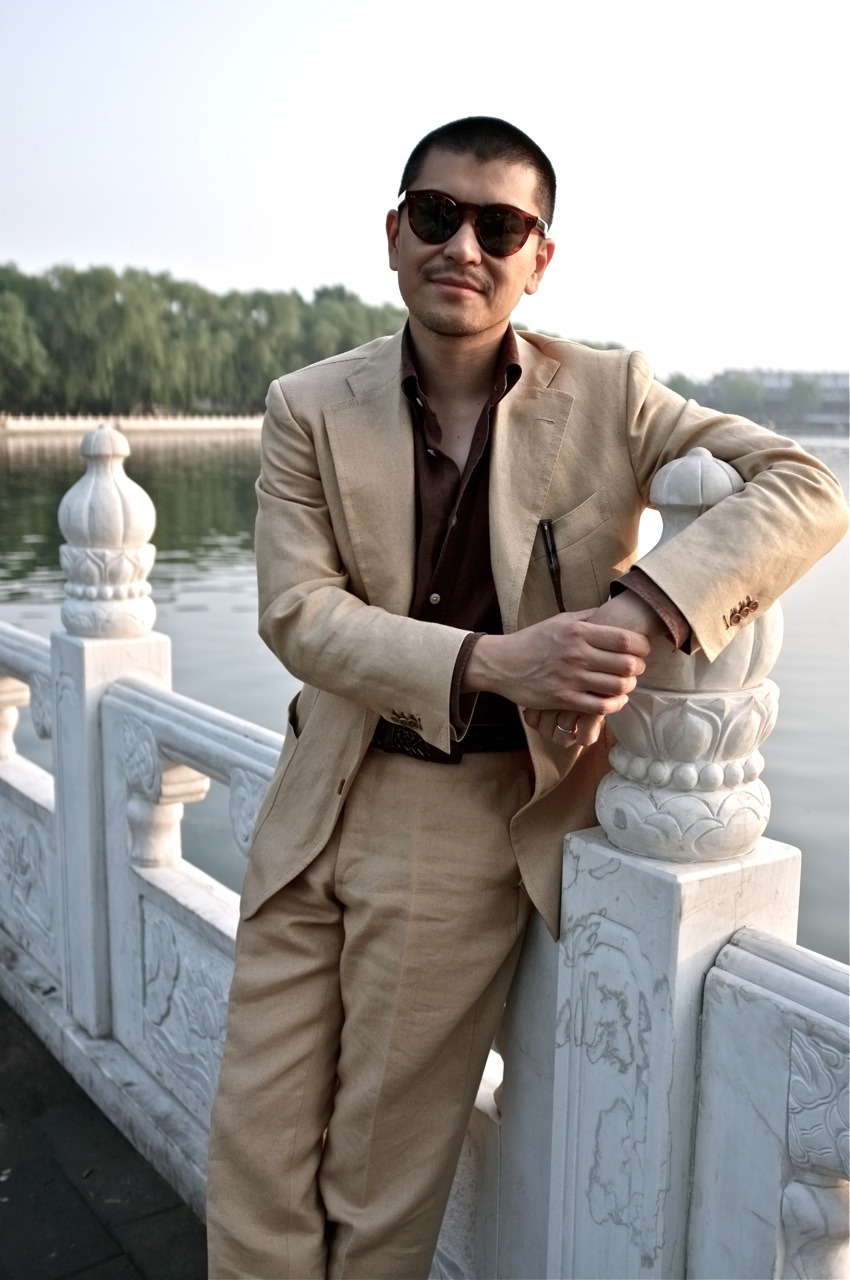 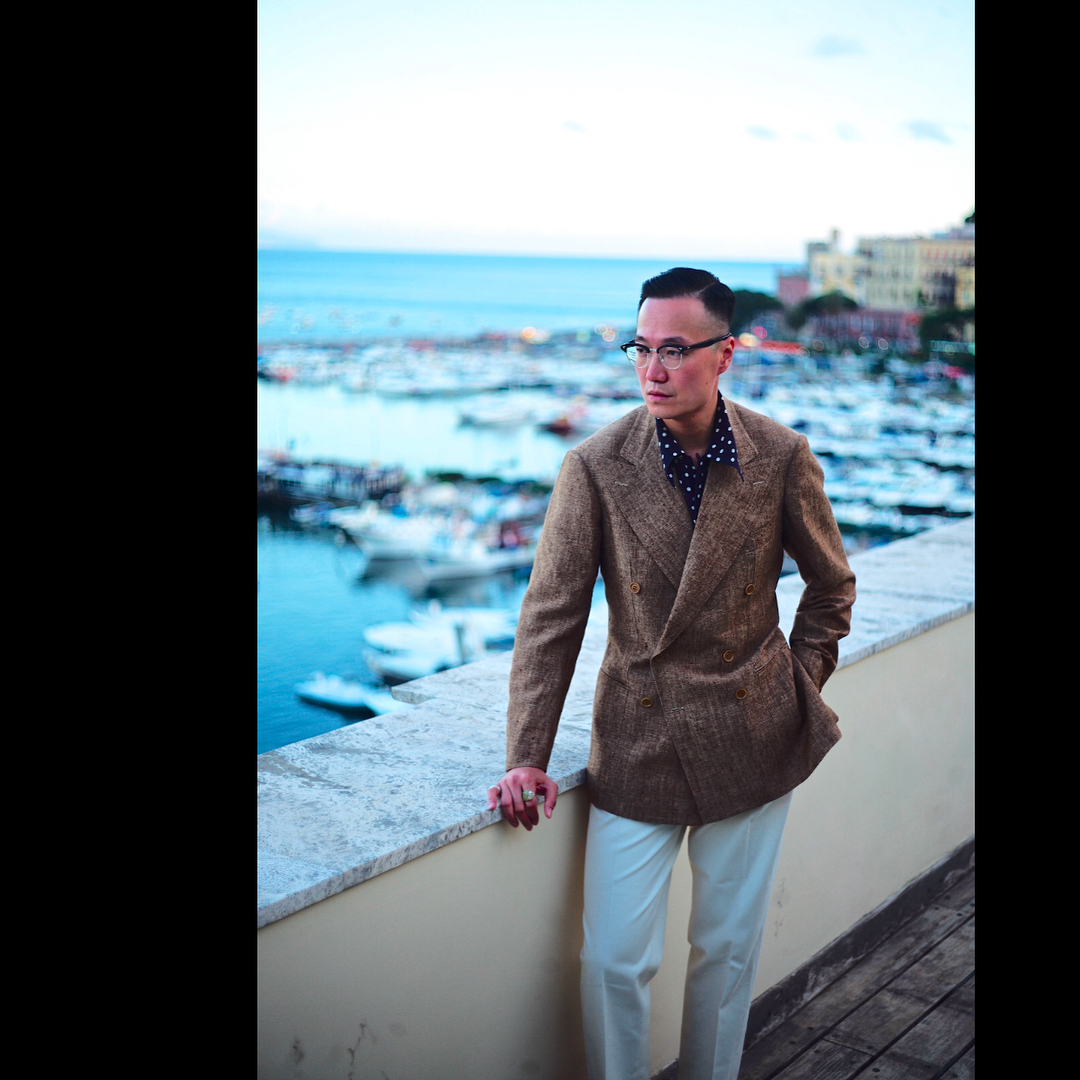 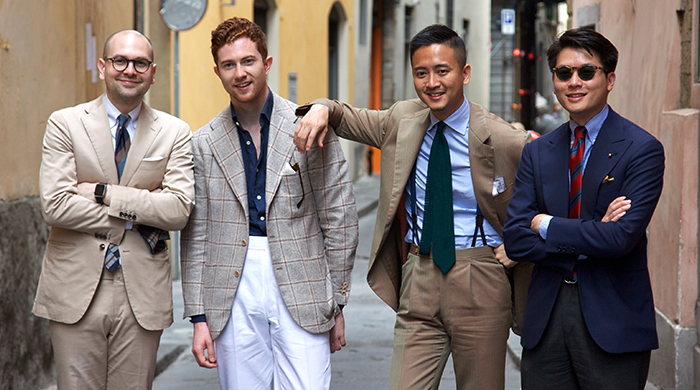 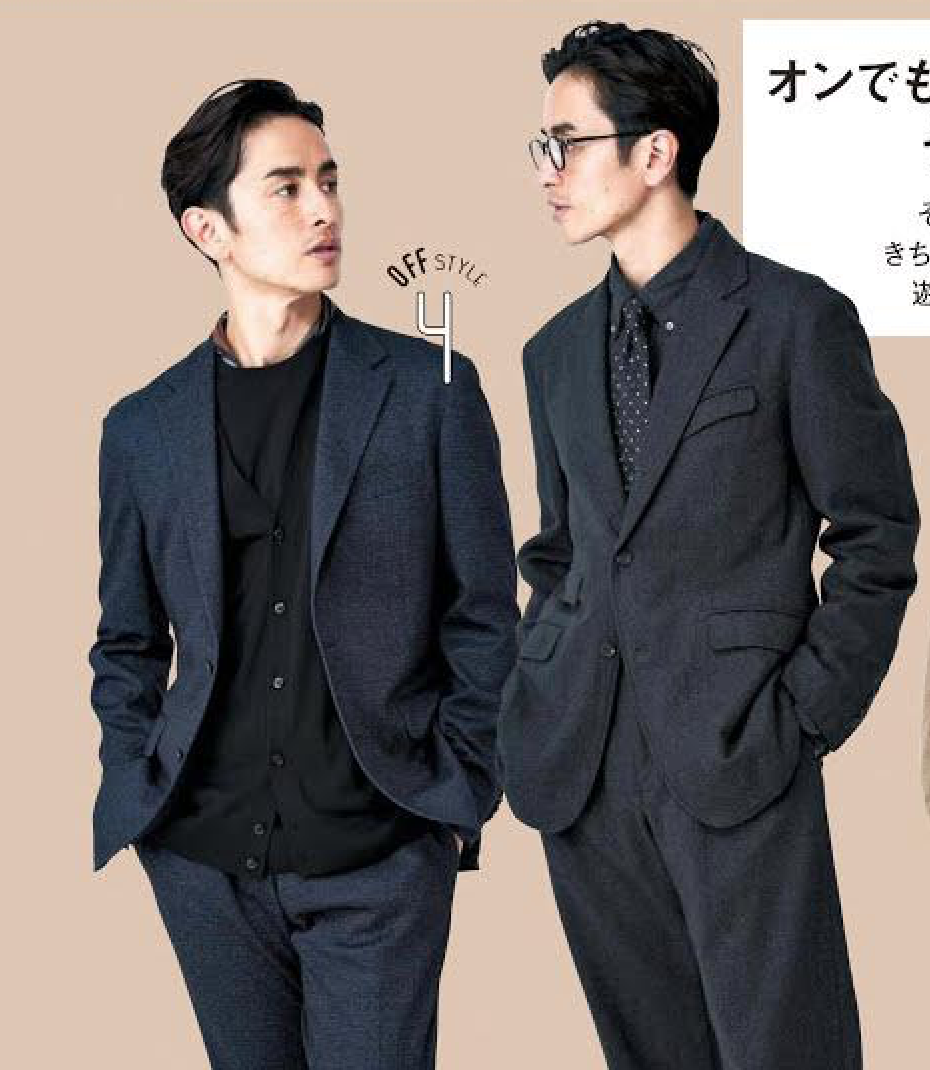 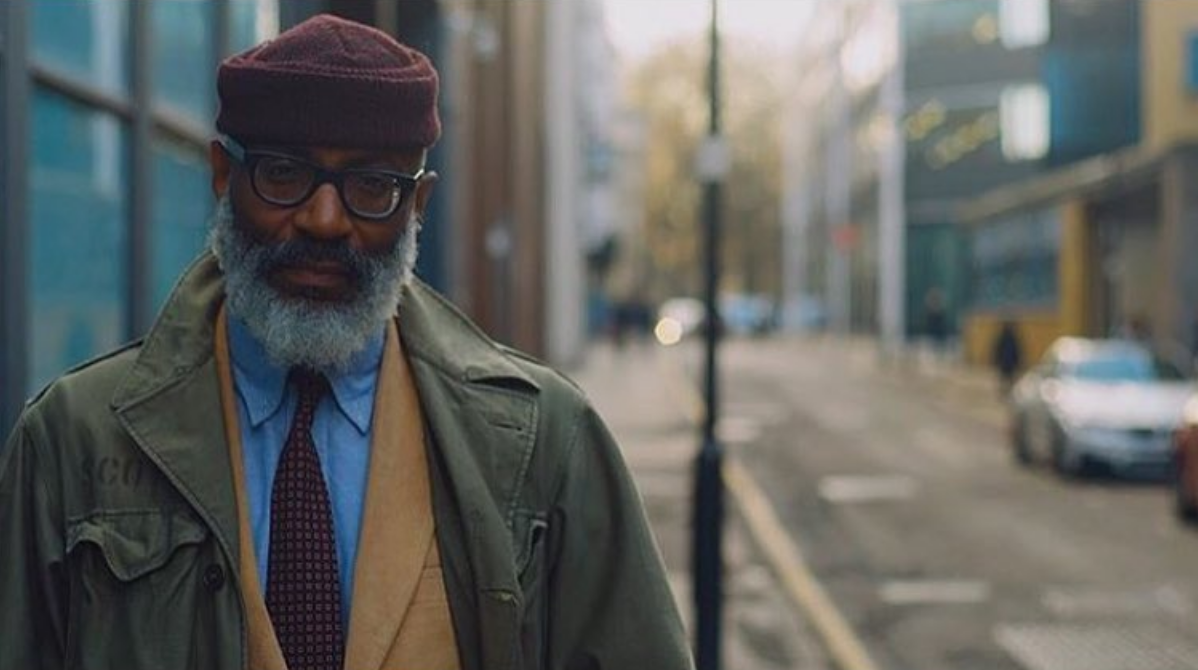 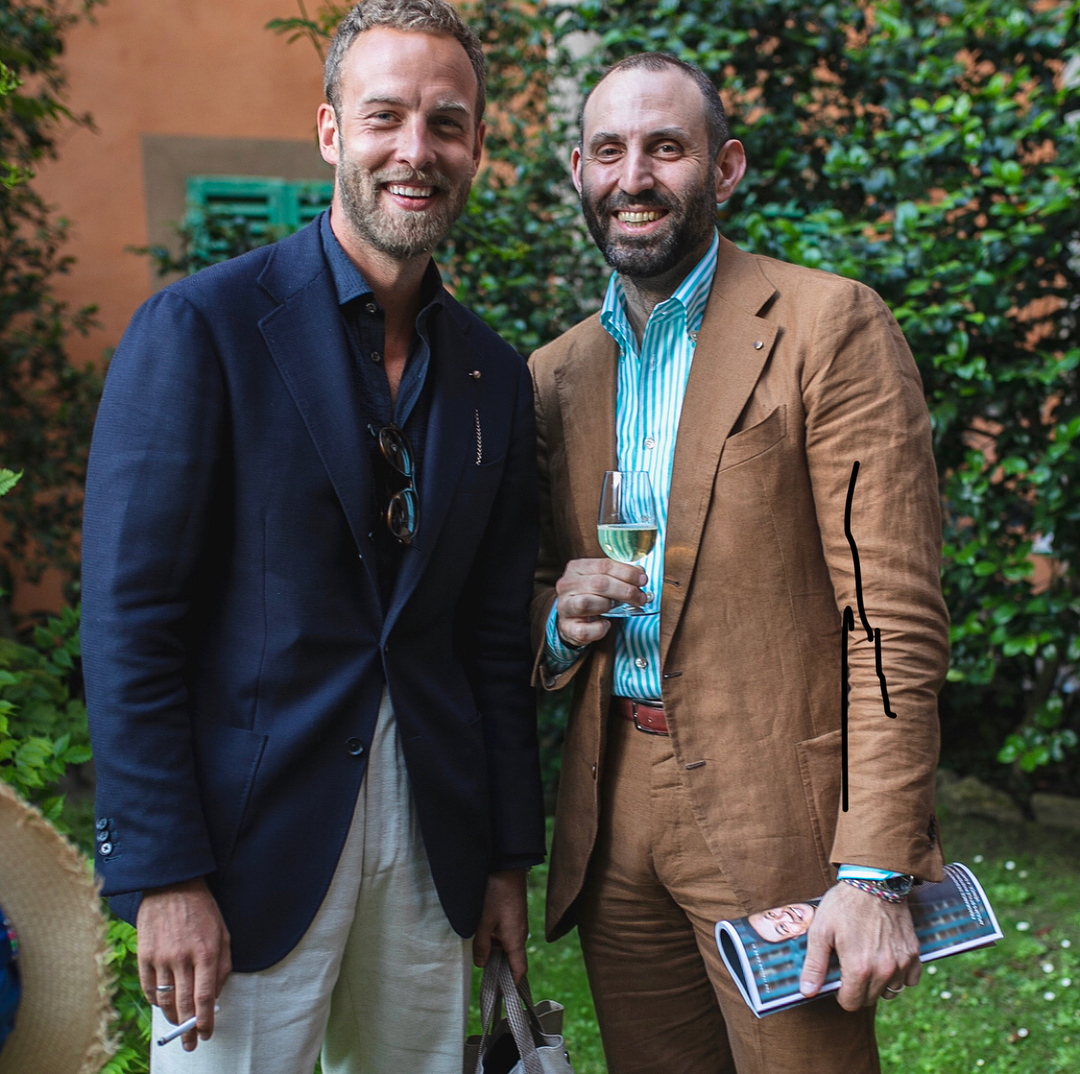 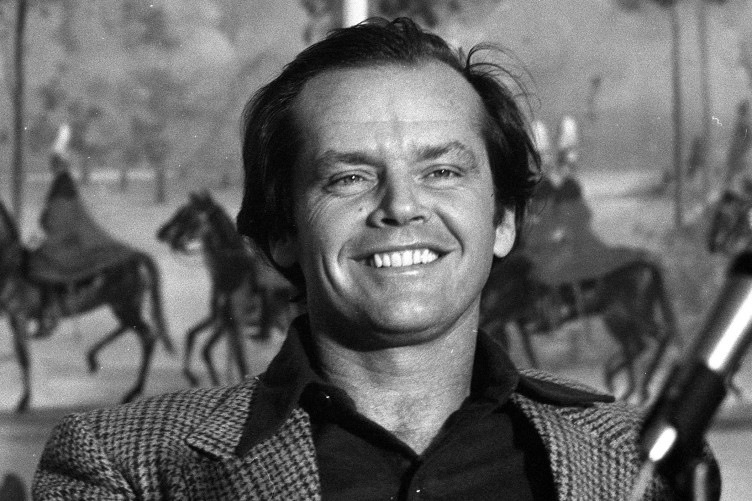 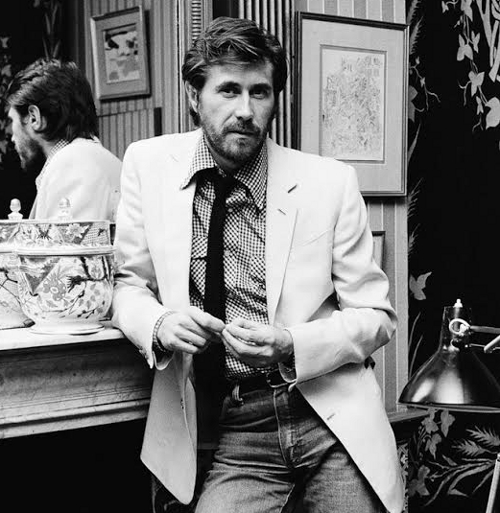