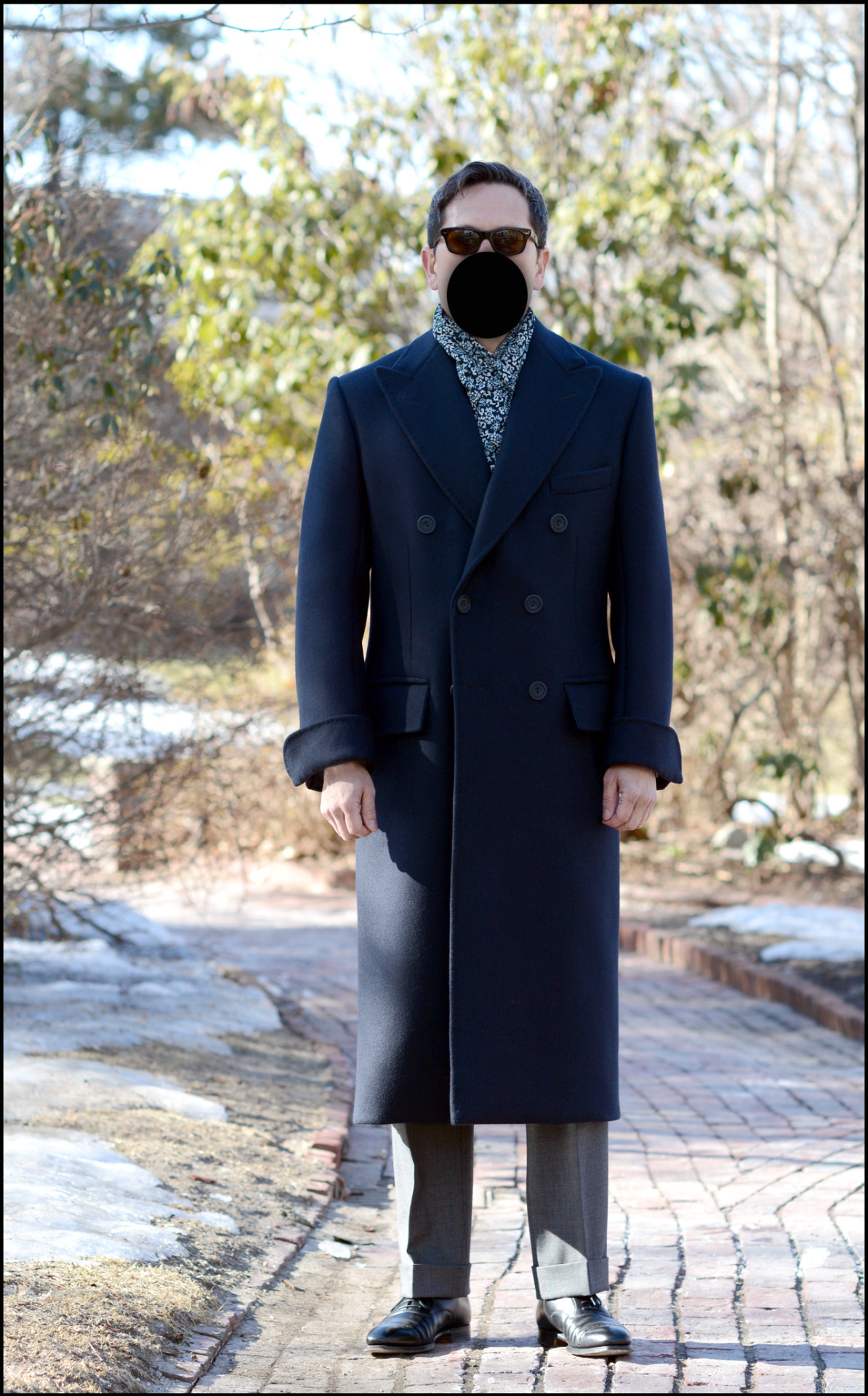 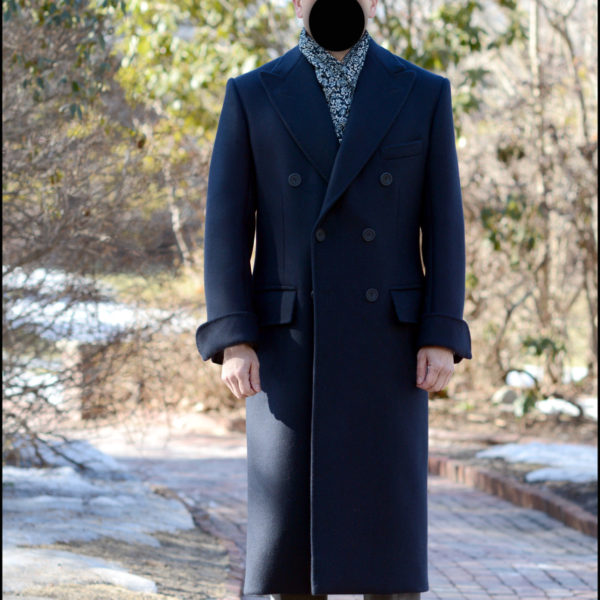 Again, I’m not much of a reblogger, but it’s hard to not reblog a photo of such a wonderful garment. This is what’s known as a “Guards coat,” which is a style of overcoat that takes its name from what English Officers of the Guard used to wear. It’s a “city” coat, which means it’s slightly orientated towards business, rather than leisure. Back in the day, men of a certain class used to have their wardrobes cleaved in half – so there was one part of their wardrobe meant to be worn in the city, and another to be worn in the country. This was meant for the first.

A traditional Guards coat is made with peak lapels, a double breasted 6×3 button front, welted pockets, and a half belt at the back. You can see versions of it here on Prince Charles and King George VI.

Vox’s coat was made for him by Steed, a small bespoke tailoring house in England that specializes in the “London drape cut.” That essentially means a soft shoulder and slightly fuller chest and upper back. You can kind of see that effect here, although it’s subtle. The cloth is a heavy, heavy, 36oz dark blue cashmere from The London Lounge’s Cloth Club. That’s basically a heavy enough cashmere to keep you warm in Antarctica.