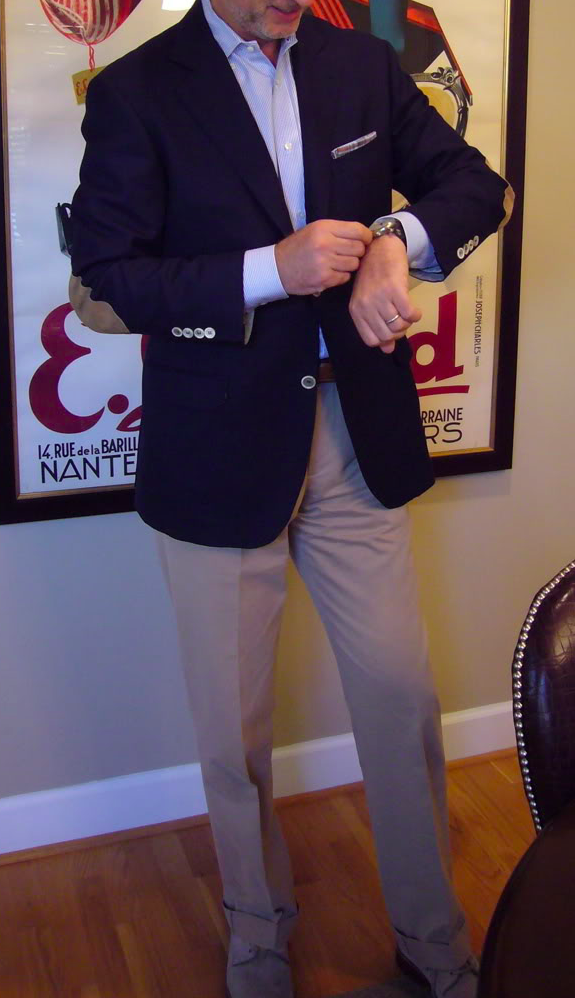 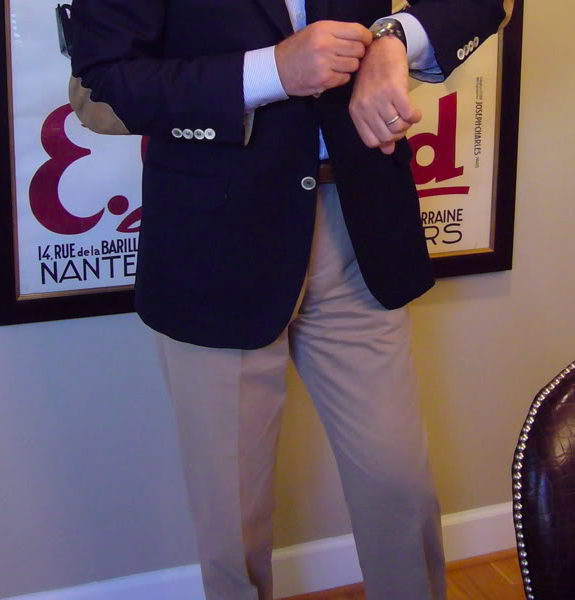 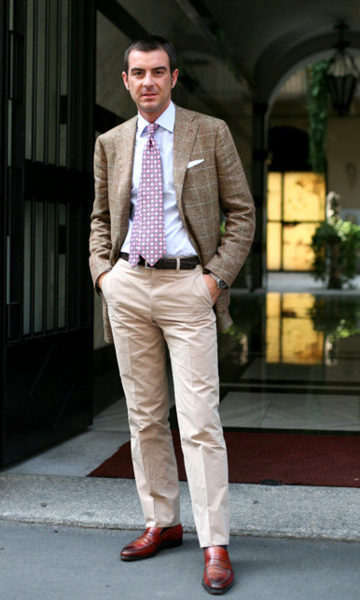 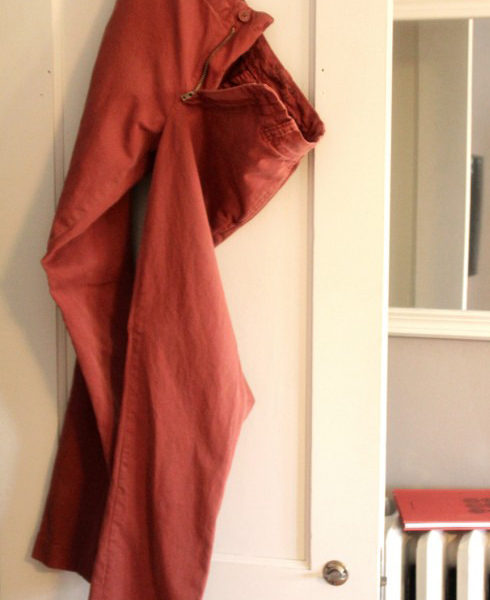 Chinos have a bit of a circutous history. They began as part of the British Army’s standard uniform starting around the 1840s. By the end of the 19th century, American troops stationed in the Philippines began wearing them. They remained associated with the military for another hundred years, until 1942, when the US Navy approved that they could be worn off-duty. Since then, they’ve been incredibly popular with the public. I think the civilian trend largely took off when James Dean began wearing them. That was during a time when much of the public looked towards Hollywood for sartorial direction, and ever since then, the popularity of chinos has been buoyed by big marketing campaigns from companies such as The Gap.

The great thing about chinos is that, like jeans, they look better with age. In fact, one of the best looks, in my opinion, is a pair of really worn down chinos with a sports coat, oxford cloth button down shirt, and pair of brown loafers. The more worn down and beat up the chinos, the more stylish this look becomes. When the pants are too new, the look can be a bit stiff. As such, I recommend that you wear your chinos with a bit of a rumple and avoid creasing the front of the legs. Creases on chinos add fifteen years to your age and can make you look like the type that irons your underwear. Wear them as casually as you can and invite the fraying that comes. If you want, you can also roll up the the legs a bit, which Gilt Manual recently gave some really good tips for.

So if you’re on the market for chinos, where can you turn? Here are some options. Note that in the interest of sizing information, I’ve included what I wear for most of these. I’m a size 32 in most pants, but sometimes have to size down depending on the cut. It’s probably also worth mentioning that I have an Asian booty that’s flatter than a flapjack, so take that into account when gauging whether my reviews will be helpful for you.

Lastly, for those who might be wondering: what’s the difference between chinos and khakis? For pedants, chino is the Spanish word for Chinese. The original material for these pants was a Chinese twill cotton, so they were colloquially called chinos. Khaki is the Hinidi word for “dust.” The original chinos, worn by the British Army, were dyed in a mulberry juice that gave it a yellowish drab shade, now known as “khaki.” Thus, the correct term for these pants is chinos, and khaki the sandy tan color they most often come in. But that’s pedantry; for the most part, the two words are interchangeable.

(photos by pocketsquareguy, The Sartorialist, and J Crew)