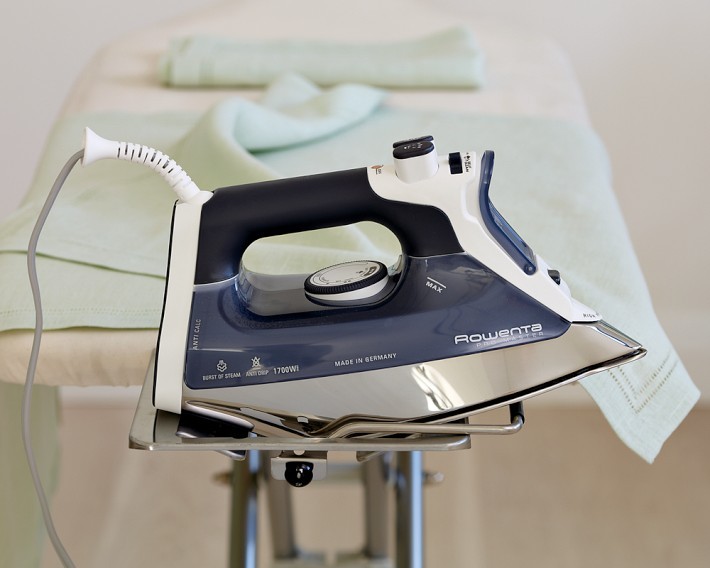 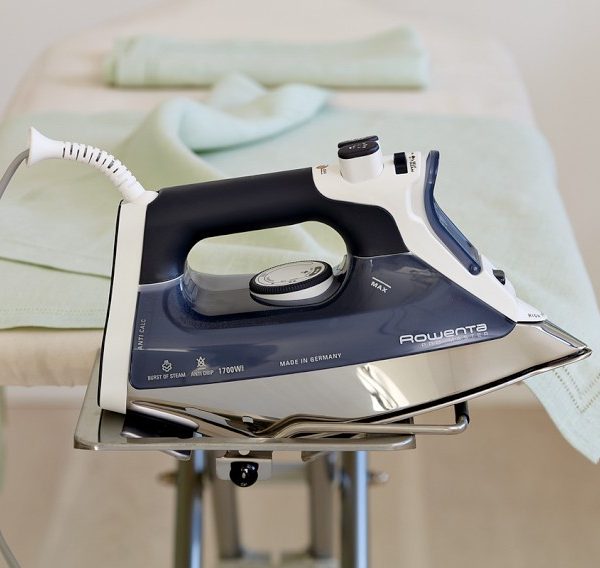 A good iron is worth investing in. I recently bought a Rowenta DW8080, and whereas my old iron took out wrinkles in three or four passes, this one can do it in one or two. That’s cut down on the time it takes me to iron two weeks’ worth of laundry, which has allowed me to do more important things, such as write blog posts about ironing.

Admittedly, even with the Rowenta, however, I find it’s still useful to have a spray bottle on had. Unless you’re smart enough to iron your shirts while they’re still slightly damp, you’ll need to soften the fibers with a bit of water. The iron’s steam feature can do most of that for you, but the best way, I’ve found, is still with a spray bottle. Spray down three shirts at a time, roll them up, and then stick them into a plastic bag. That way, the shirts will soak a little before you take each one out at a time for ironing.

The Rowenta DW8080 is about $100 brand new, but you can sometimes find them on eBay for about $10 or $20 less. Note that even Rowenta, as praised as they are, have had reports of failure. You may want to purchase yours from Costco (or some other place that has a good replacement policy) in case yours breaks after a year or two.

When I was looking for a new iron, I also came across this DW5080 model, which spec wise seemed fairly close to the DW8080, but comes in at $30 less. Our advertiser The Hanger Project also has some professional grade irons starting at $139.