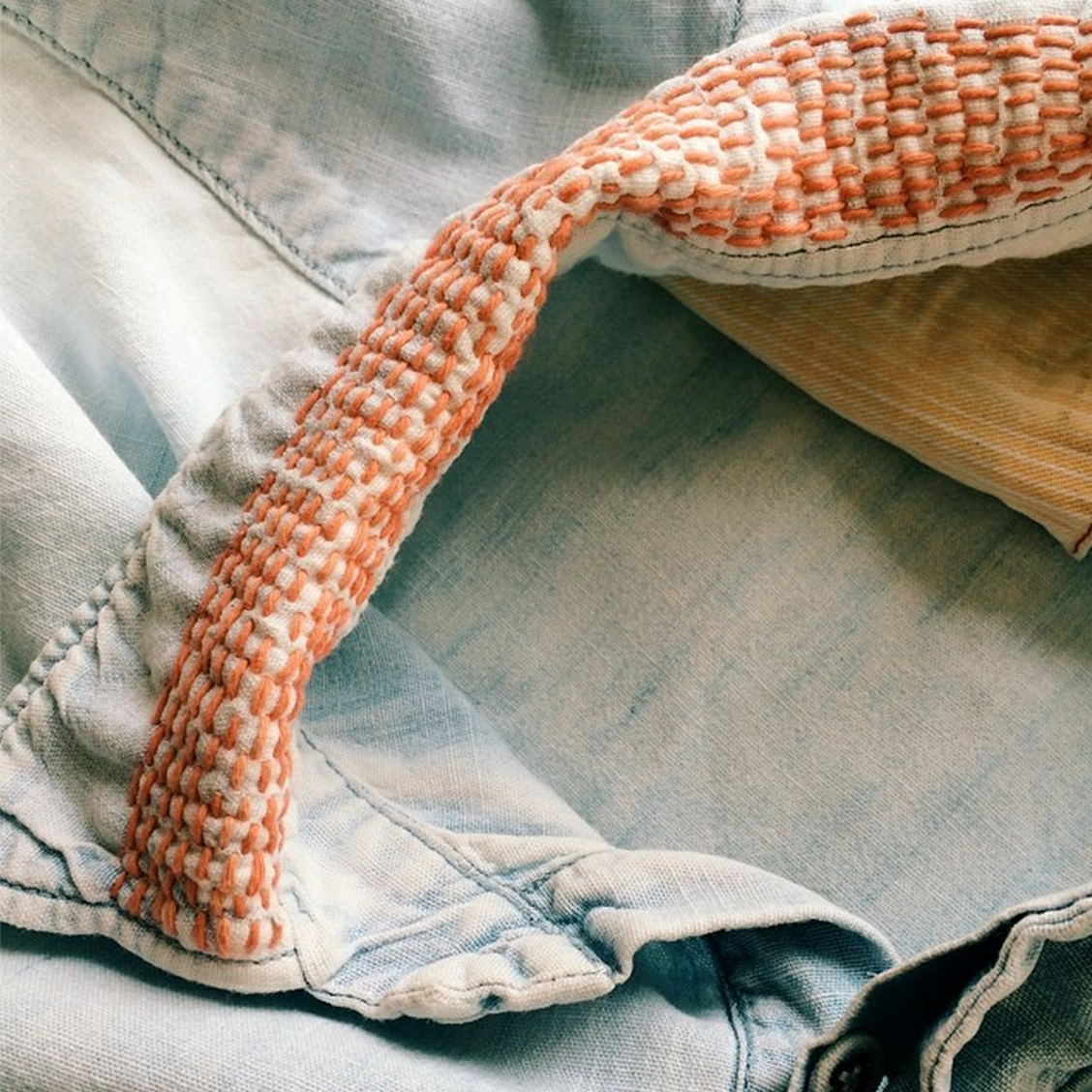 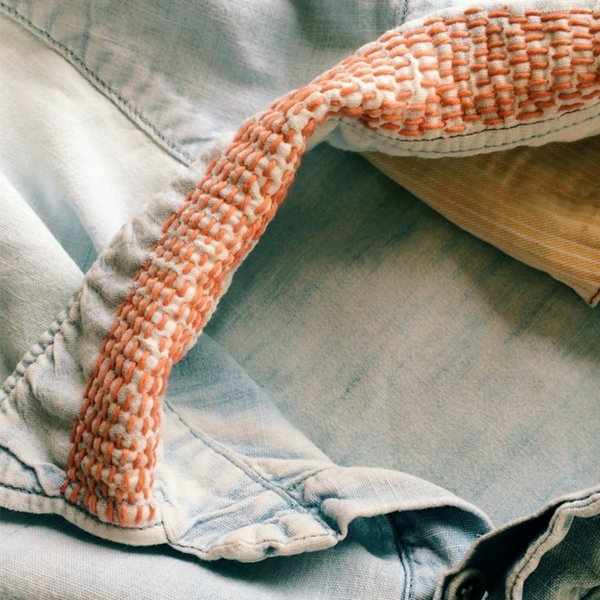 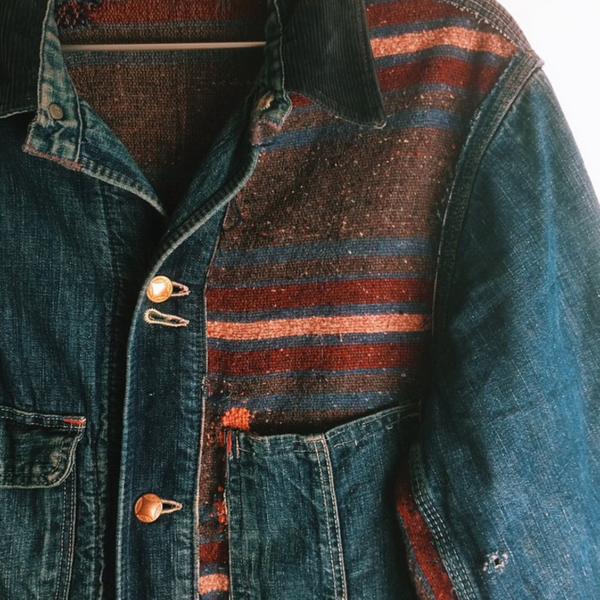 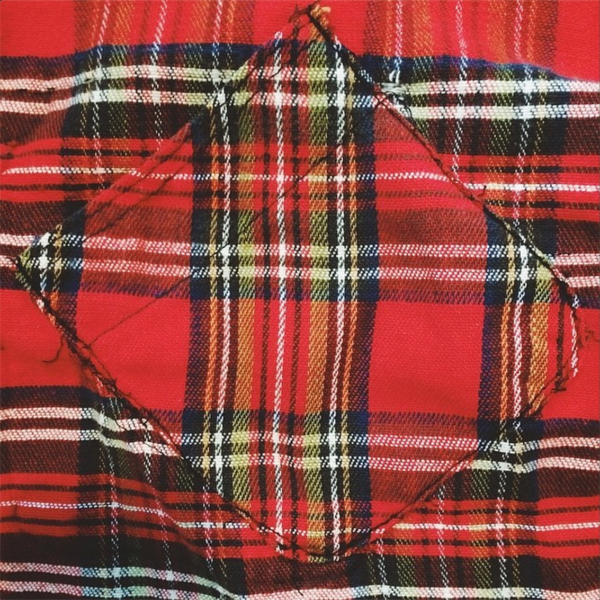 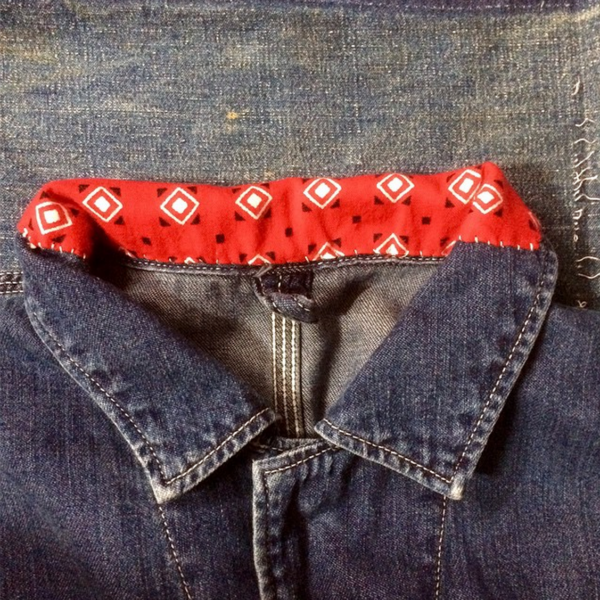 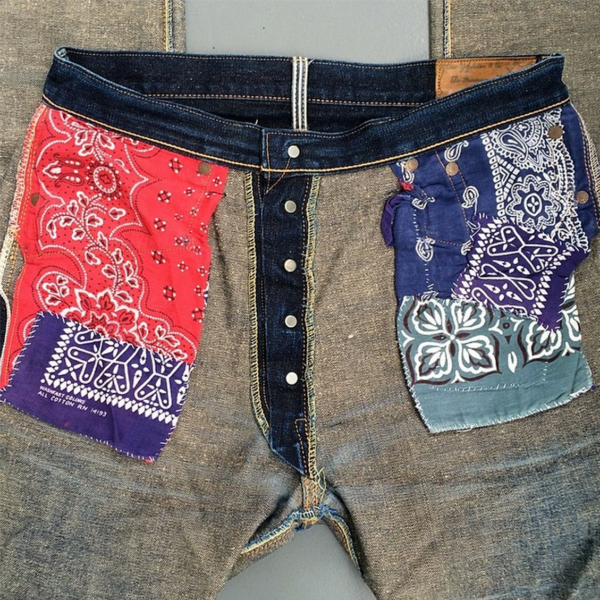 Whereas most of us value things that are perfect and enduring, wabi sabi is the Japanese worldview that sees beauty in imperfection, impermanence, and incompleteness. Things such as a slightly lopsided vase, a shirt that’s missing a button, or an old, wooden desk that’s a little too dry. It’s believed that by recognizing the beauty in such things, we can better appreciate the natural cycle of life – from growth to decay to eventually death.

Jonathan Lukacek – the very talented blogger behind Bandanna Almanac – is certainly familiar with the concept. He’s an American living in Japan, having stayed there after studying abroad for college. He’s also an inveterate thrifter who likes to collect garments with a lot character (rather than things that happen to be rare or hold value). In other words, “things that tell a story,” as he put it to me.

Seen above are some of the creative ways he’s repaired his vintage finds. There’s a pair of jeans with pocket bags made from cut-up bandannas; a dirty collar of a denim shirt made new again through some more bandanna cloth; an old Five Brothers flannel with a slightly askew internal pocket (made with just the right amount of pattern matching); a denim jacket with blanket lining on the outside of the coat; and finally, some decorative sashiko stitching on the collar of an old chambray shirt.

Everything was done with fabrics that Jonathan has either thrifted or found over the years. Some repairs he did himself; others he did in collaboration with his good friend Narita at Brown Tabby (a vintage repair shop in Japan). All of it is awesome – especially if you’ve ever appreciated anything at a thrift store or flea market, or even the designer lines that are inspired by such things (e.g. Blue Blue Japan, Kapital, and Visvim).

You can see more of Jonathan’s work at his Instagram account. He also occasionally sells things at Etsy and eBay.