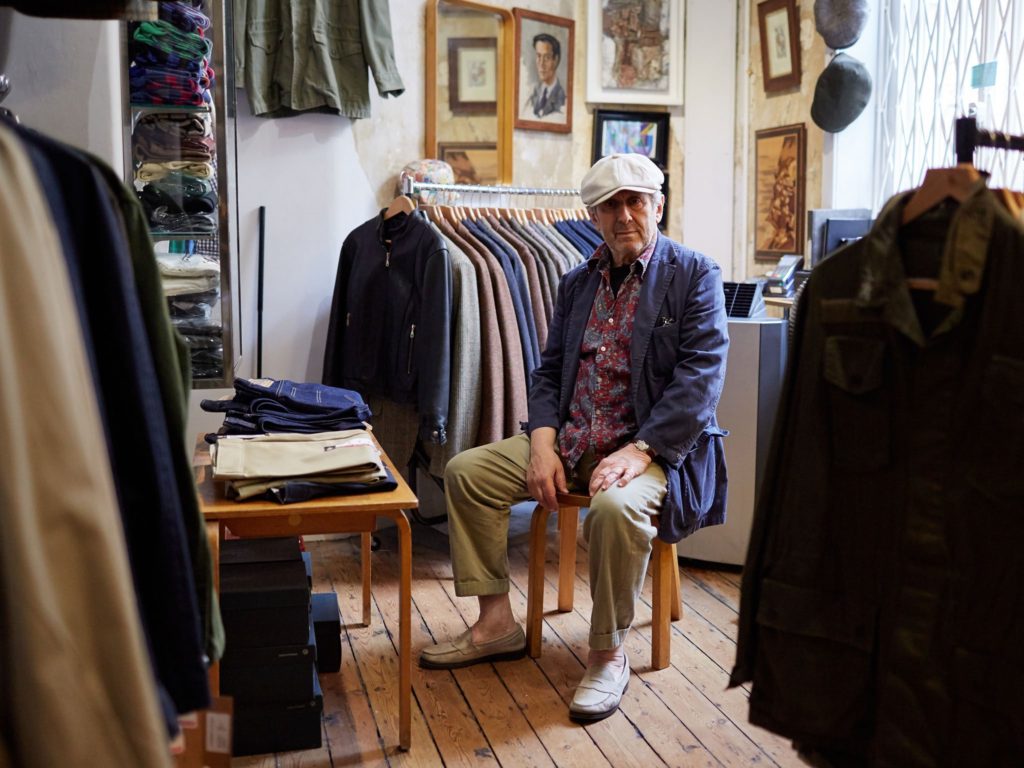 If you live in Melbourne and love Ivy Style, the ACMI theatre is hosting a four-day screening of A Modernist, Jason Jules’ film about the life and times of John Simons. John Simons is often described as the patron saint of English Ivy for how he introduced traditional American clothes to English shores. For the last sixty years, he’s been a steadfast evangelist of things such as J. Keydge natural shouldered jackets, Florsheim Imperial brogues, Bass penny loafers, button-down shirts, and other things Ivy. And in doing so, he’s also made a big impact on British tastes. For the last three generations, mods, suedeheads, and skinheads (a term for a section of working class youths before the name became associated with racists) have gone to John Simons to look street-smart and well-heeled.

A Modernist has been tremendously popular since its release this past spring. “The film has sold pretty much everywhere however, which is both surprising and reassuring,” says Jules. “We always knew we were making a London film when we started the John Simons project, but also felt that, like his influence, the film would connect with people in other cities around the world too. So it’s satisfying to see it appealing to people not only up and down the UK, but also in places such as Paris, Tokyo, New York, Copenhagen and of course Melbourne. One thing that has been a surprise — to me at least — is the number of students who seem to be catching on to the film and getting inspired by John’s story.”

The Australian premiere is happening on Saturday, September 1st, at the ACMI theatre. Subsequent showings will happen on September 3rd, 6th, and 9th. Readers can check out the schedule at ACMI. Tickets are available for purchase online for $18, although you can knock that down to $12 with the checkout code Gerry. (Gerry, who’s one of our readers, is organizing the screening. We’ve featured him a few times in our Real People series).

Jason tells us he’s working on more international screenings, and they’ll be happening in the near future. Readers can keep up with the film’s schedule at Mono Media.

Lastly, ACMI is screening a bunch of other films related to fashion, including We Margiela, which looks at the enigmatic and somewhat secretive fashion house Maison Martin Margiela.