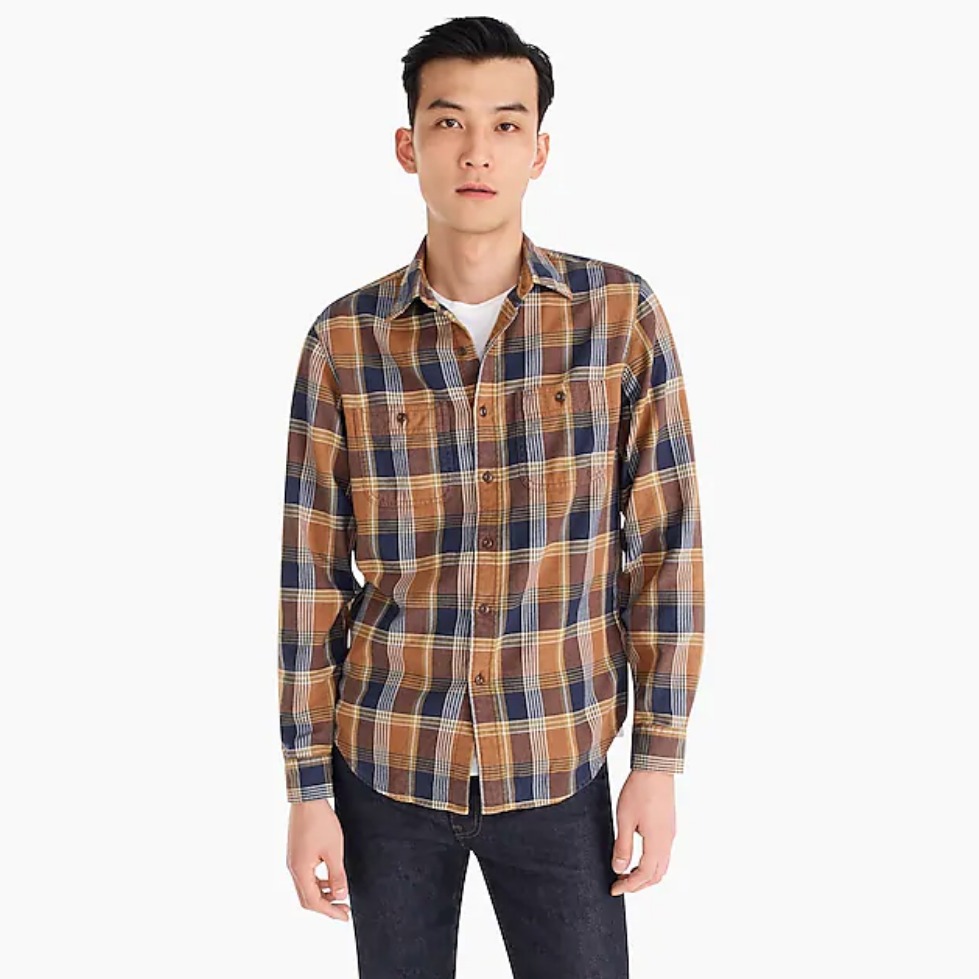 Well, it looks like the new J. Crew is going to suck. The Wall Street Journal has an article today about the changes coming to the company as they’re trying to right their ship and turn a profit.

The company’s new CEO, James Brett, hails from West Elm and plans on turning J. Crew into a more affordable, do-everything-for-everyone brand — not unlike the many generic retailers that occupy the lower-end of the price spectrum. Some of the changes are not new. Continuing with Mickey Drexler’s plans before he departed, J. Crew has been steadily lowering its prices in order to draw in new consumers. Their signature washed cotton t-shirts, for example, are now available on the site for $15, whereas they retailed for $30 just last year. They also have Mercantile jeans for $40 (less if you shop through one of their many promotions). Prior to the creation of their Mercantile line, J. Crew’s mainline jeans were about $60-80.

More affordable prices are always a good thing, but customers have noticed they’ve come at the expense of quality. The materials at J. Crew feel thinner and cheaper these days, and only their Wallace & Barnes line feels like their old self. And, going into the future, J. Crew plans on being distributed at other retailers, such as Nordstrom, UK department store John Lewis, Canadian chain Hudson’s Bay, and European fast fashion website ASOS. Combining cheaper prices and another layer of distribution mark-ups can’t be a good thing for customers who want better-made clothes.

Brett also confirms the company will be moving beyond its heritage-styled roots. This comes at the heels of J. Crew hiring Johanna Uurasjarvi to be their new Chief Design Officer this summer. Uurasjarvi used to be the Creative Director at companies such as West Elm and Anthropologie, and it’s possible that she’ll bring her “New Modern” aesthetic to J. Crew’s new overall design. In today’s WSJ article, the author notes J. Crew is incorporating “California-inspired styles using soft textures and floral prints.” “We can’t be all New England preppy,” says Brett. “Not everyone wants to look like that.”

Count me as unimpressed. Most of these changes are aimed at courting female customers since the brand still mostly makes their money off womenswear. But menswear will have to follow and it seems like J. Crew will be losing its voice. Ten years ago, J. Crew helped usher in a new era of heritage-style, Americana, and prep. Their fall/ winter 2010 presentation at Milk Studios inspired both general consumers and critics alike. But as the heritage trend has died and consumers have become shrewder shoppers, it’s been hard for J. Crew to turn a profit through its 400+ brick-and-mortar locations. The company is saddled with a $1.7 billion dollar debt (accumulated since Mickey Drexler took the company private through a leveraged buyout) and hasn’t turned a profit in 15 consecutive months.

In that light, these changes are understandable, but not very inspiring. J. Crew was at its best when it had a voice. Frank Muytjens didn’t invent Americana, but he introduced many men to things such as chambray shirts, Fair Isle sweaters, and better fitting suits, not to mention a host of admirable third-party brands such as Alden and Barbour. J. Crew also used to be a solid, mid-priced brand for value-focused customers who simply wanted to look good without paying out the nose. Maybe it’s not possible anymore to support a company the size of J. Crew with this strategy, but does the world need another generic, ultra-affordable brand hawking the same business causal basics?