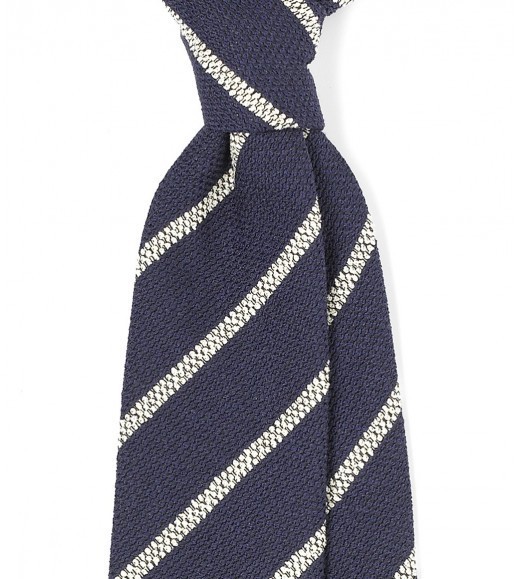 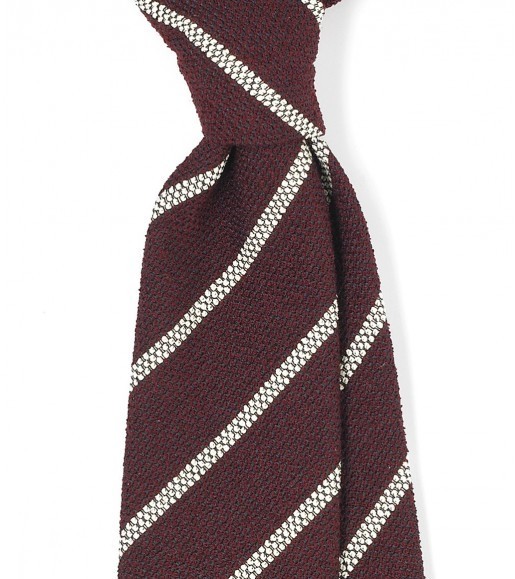 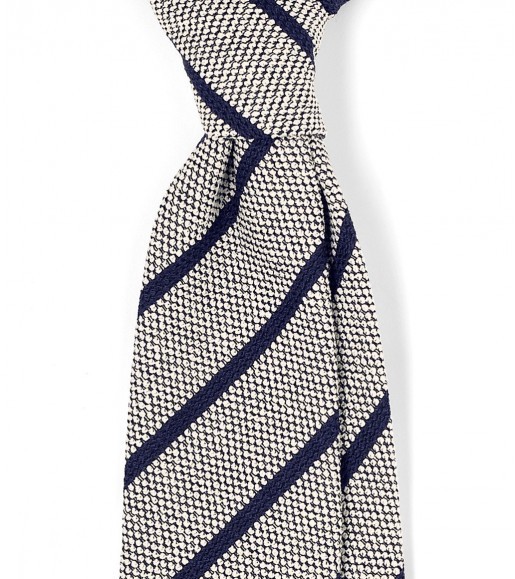 I recently bought and have been wearing one of Drake’s boucle ties. It’s a wonderful tie for fall and a nice way to add some texure. The word boucle comes from the French word boucler, which means “to curl,“ and it refers to how the yarns are formed. The fabric is made with a series of looped threads, typically with one being a bit looser than the others. This looser thread forms a small curled loop in the fabric, while the others form the anchors. The effect is a fabric that looks very textured and interesting, and feels slightly rough to the touch.

Boucle ties were made in the 1950s, but they haven’t been produced in some time. Drake’s brought them back, however, and I think they’re fantastic. Online photos don’t do them justice. Just as you would need to see a slubby raw silk tie in person to understand its charm, you have to see a boucle tie in person as well.

Though boucle can be a bit bulky, these ties are quite light and manageable. They add texture to a look not unlike grenadines, raw silks, and knits. I find that they’re easier to knot than raw silks, however, and think look best with tweed and heavy wool sport coats. If you’re a fan of textured ties, this may be one to add to the collection.