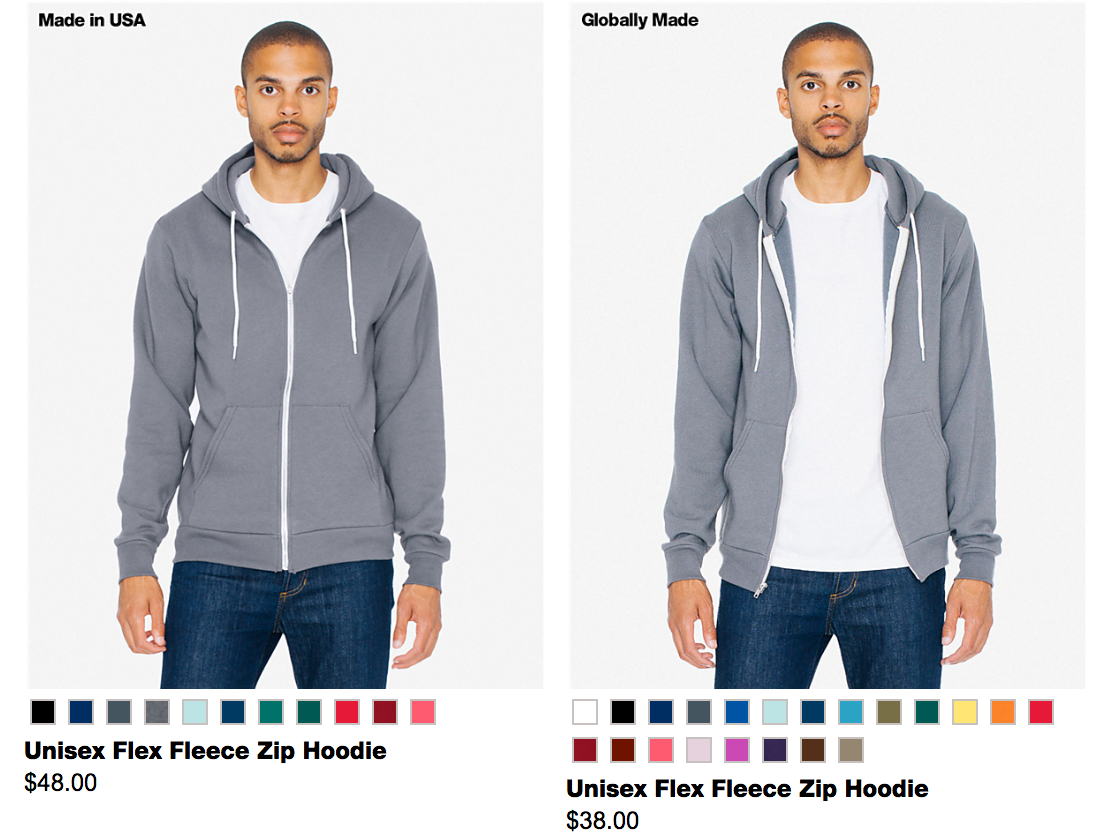 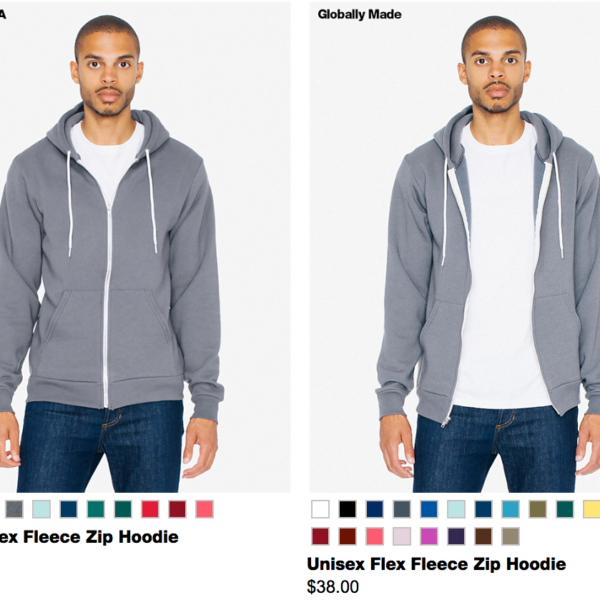 Would you pay more for the same thing?

American Apparel is asking that question with their new “made in USA” capsule collection. For those who haven’t heard, the company relaunched this month under the ownership of Canadian brand Gildan. They bought American Apparel this past January for a cool $88 million. Except, they only took the company’s intellectual property (e.g. designs, name, and brand), leaving the physical operations in Los Angeles to shutter. Gildan CEO Glenn Chamandy wants to keep the same brand and presentation alive, just without the expensive American manufacturing costs (although, as he confirmed earlier this year, a small part of the line will be made in the USA).

On their website now, you can find a small capsule collection of made-in-USA products. The line features some of American Apparel’s best selling designs, but each piece has a twin companion. Same shirt, same material, same ethical manufacturing (e.g. no sweatshop). The only difference is that one is “globally made” – produced through Gildan’s existing global supply chain network – and sold for about 20% less.

This cuts at the heart of a big debate in US politics for the past year, where President Trump has called for a re-shoring of jobs. Critics say it can’t be done, and even if it could, it wouldn’t mean much for job creation (as much of the work would be automated). Plus, US consumers have shown they don’t want to pay higher prices. That’s the reason why Ivanka Trump’s clothing line hasn’t been able to re-shore – they can’t find suppliers who’ll add anything more than higher costs and a “made in USA” label.

American Apparel’s site seems to be a testing ground. It’s no longer true that overseas manufacturing means shoddy quality (sometimes, it’s US manufacturers who can’t make what’s possible abroad). Assuming the same level of quality, and no sweatshop conditions, are consumers willing to pay more money just to say it was manufactured in the States? I guess we’ll see.