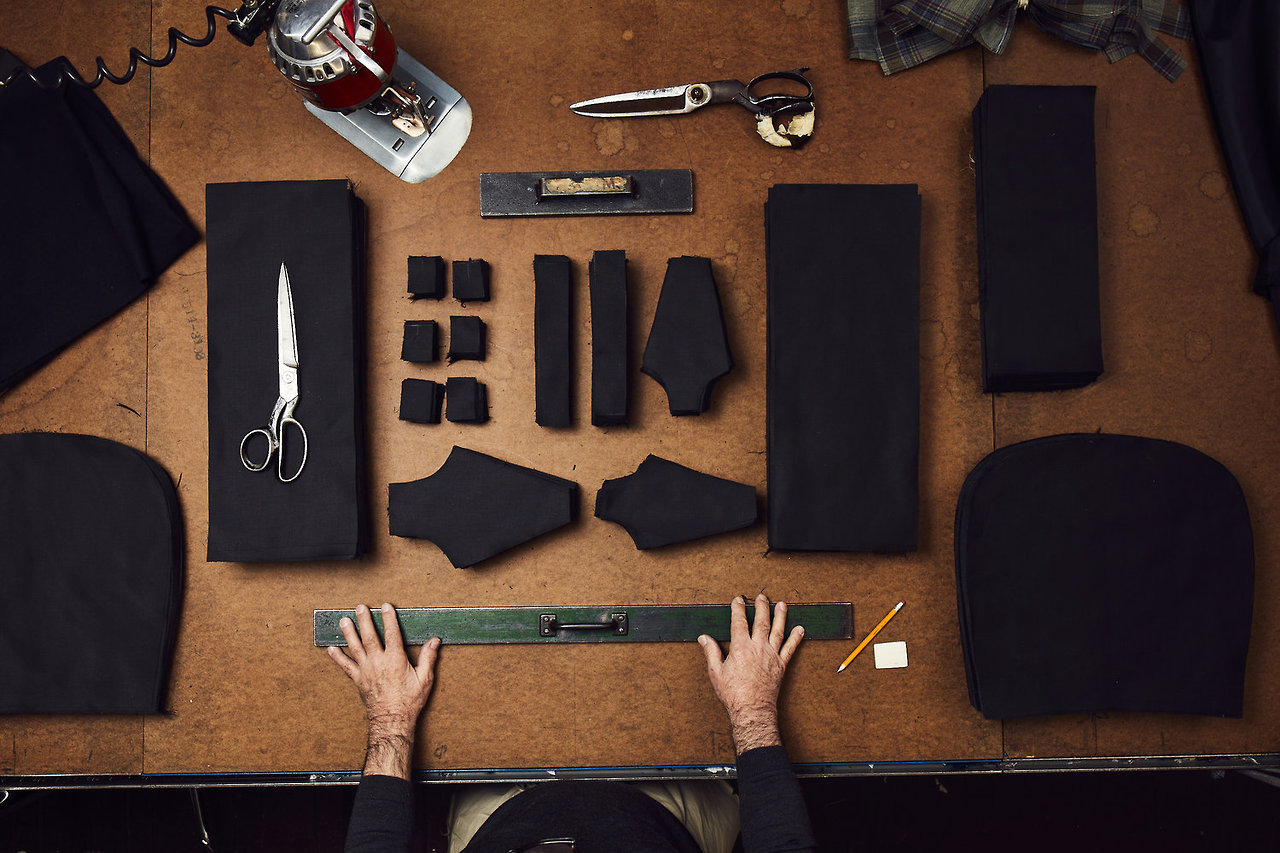 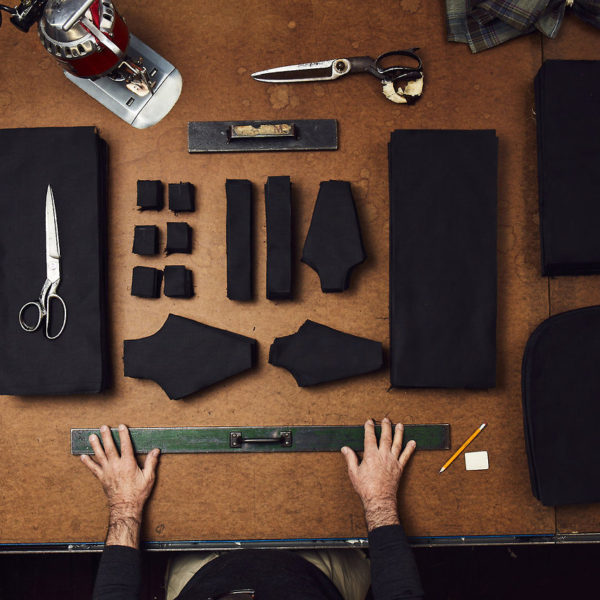 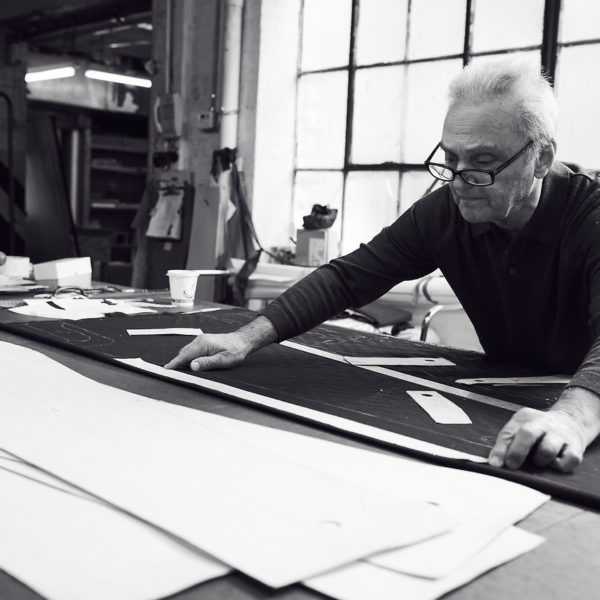 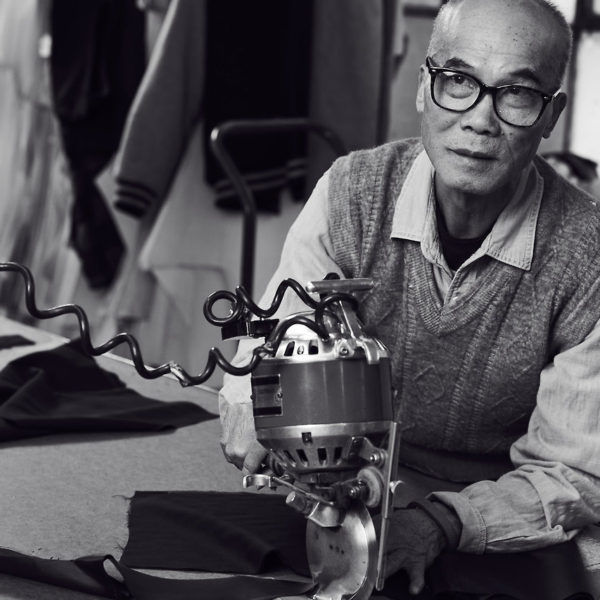 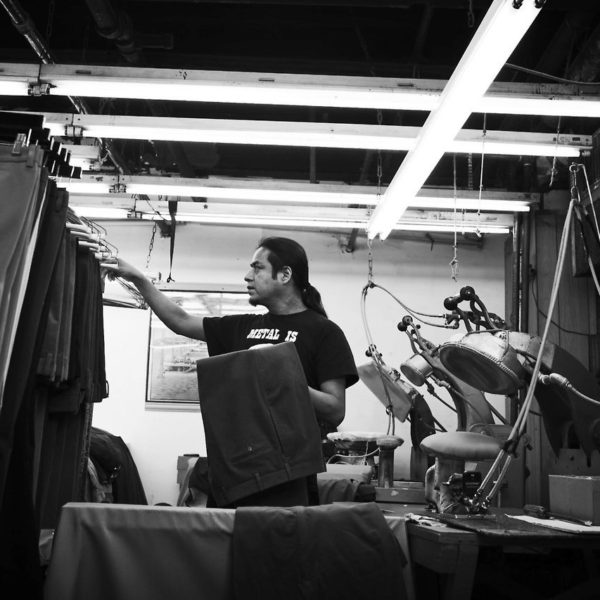 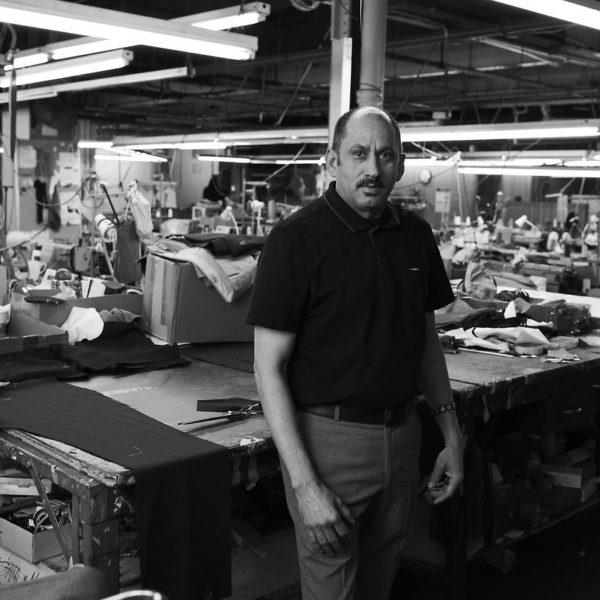 The lights on American manufacturing have been dimming for decades, but among those factories that are still operating, the quality of the work is often quite good. The Hertling Company in Brooklyn, for example, is widely regarded as one of the best places in the world to make trousers. In fact, even if you haven’t heard of their name, you’ve certainly heard of their pants (if not actually own a pair). They do much of the production for high-end companies such as Paul Stuart, J. Press, Sid Mashburn, Billy Reid, Orvis, Epaulet, and one of our sponsors, Dapper Classics. If you’ve seen a pair of well-tailored trousers carry a “Made in America” label, they were likely produced here.

Last August, the former head of the company, Julius Hertling, passed away. He inherited the factory from his father, Morris, who started it in the 1920s. Julius, who’s affectionately known in the fashion trade as Julie, has been running the shop since 1946, after he returned from the Second World War as one of the soldiers in the US Army. And as he had been getting up there in age, it was unclear who would be his successor. His sons are in their 60s and 70s, with advanced careers in other fields. So when Julius passed away, outsiders such as me were left wondering whether the shop would still be running.

It turns out, the company was sold before Julius’ passing. The new owner, Justin Christensen, is an old hand in the fashion industry, having started as a model for Ralph Lauren in the 90s, then eventually working his way up into RL’s Purple Label wholesale team in the corporate offices, and transitioning to Director of Wholesale and Retail at Brioni. In October of 2016, he and seven investors bought Hertling factory as part of their dream to own a piece of the American manufacturing landscape. “I’ve been involved with Hertling for a little over a year now, learning a ton. The work hasn’t been easy, but it’s truly thrilling,” says Justin. 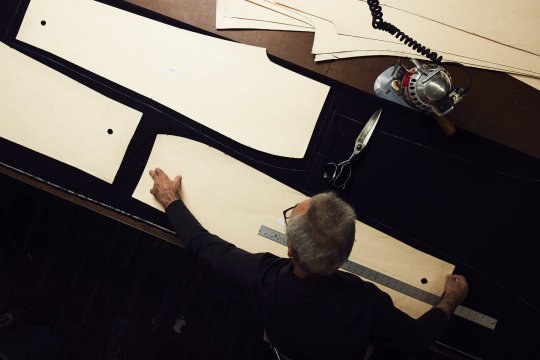 Since taking over, Justin has made some changes at the factory. On the one end, there’s production. The paper patterns have been slightly changed, such as Justin’s move to bring in a tailor to adjust the seat curvature on their base patterns. “We think the adjustments will mean a more flattering fit for most people, with little adjustment off the rack,” says Justin. They’ve also modified a few details on the construction — bringing linings in from Italy, which Justin says are better made, and tucking the ends of their belt loops into the interior waistband. “It’s nicer looking and more secure construction, a touch more expensive, but not by much. The style is actually from our archive, which we’ve been dusting off again”.

They’ve also opened an online web store to sell trousers directly to customers. The pants are made from year-round fabrics, which means you can find your basic grey wool dress trousers, as well as versatile khakis. Prices are a little higher here than buying a pair of Hertling-made trousers from one of their partners, although that’s also to be expected. In the future, however, they may debut some new models at their web store, such as a higher rise model with a slim leg line — much coveted by many of our readers. In my conversation with Justin, he said he’s been thinking about a model with an eight-inch leg opening and eleven-inch rise (this would be on a model with a size 30 waist, and then scaled appropriately from there). Basically like the more traditional pants they make for companies such as J. Press, but with a slimmed up leg for a contemporary silhouette. No word yet on a release date for this model, but they’re working on it.

Justin says he’s not worried about the future of the American manufacturing. “It’s certainly fallen from what it once was in the 1920s, but I don’t think it’s falling from here. There are still lots of great factories here in the United States, with talented workers and top-end equipment. We’re never going to compete on price against places like China, but that’s not our market,” he says. “Our Italian competitors are priced a bit higher than us, and I’m confident we can make just as good of a product and compete against them at a more accessible price point. I want more people to experience a premium American product.”

As for the future of the factory? Down the road, Justin says he’d like to one day expand into outerwear, suit jackets, and sport coats. But for now, they’re concentrating on trousers. “A significant part of our operating model will remain manufacturing private label for brands, because this is one of the important roles Hertling has played in American fashion and we intend to stay true, but we want to add to it by strengthening the brand and sales, through wholesale and e-commerce sales under the Hertling name.”