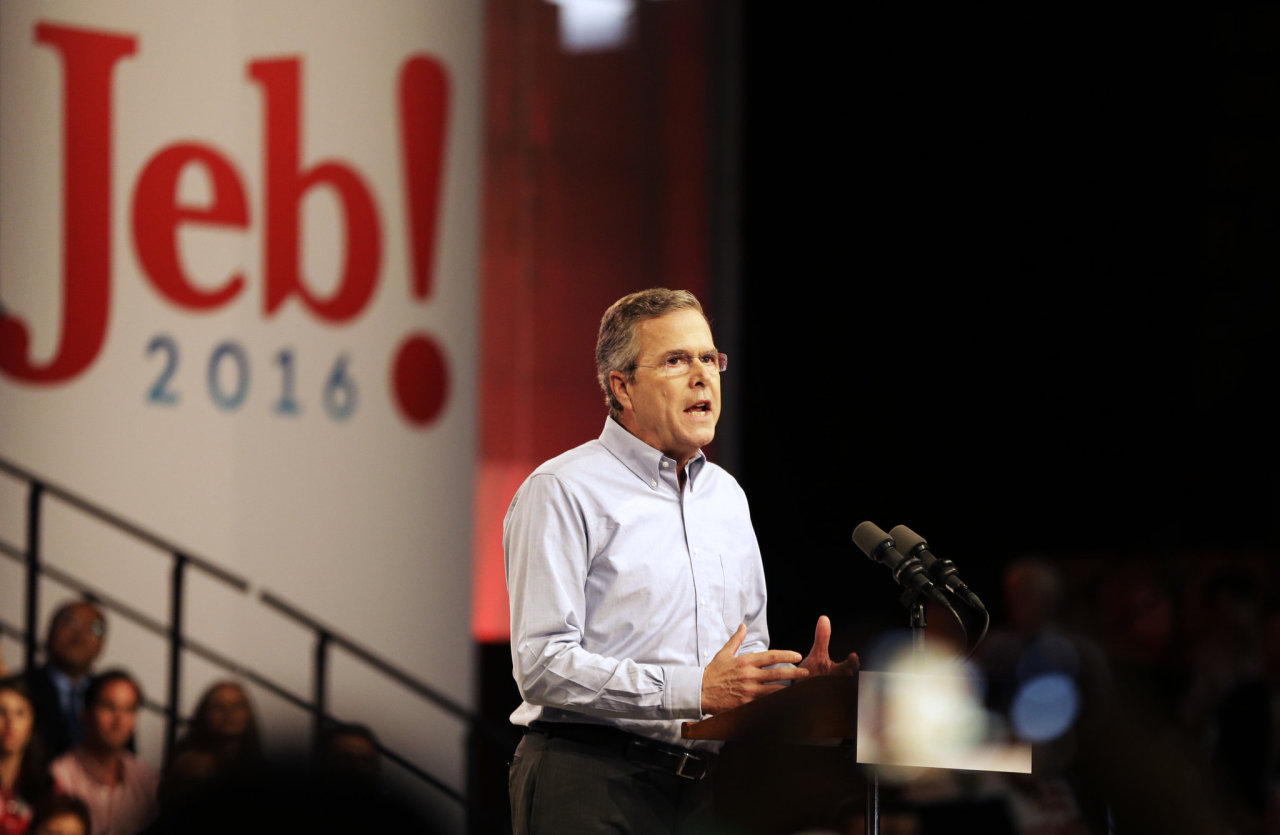 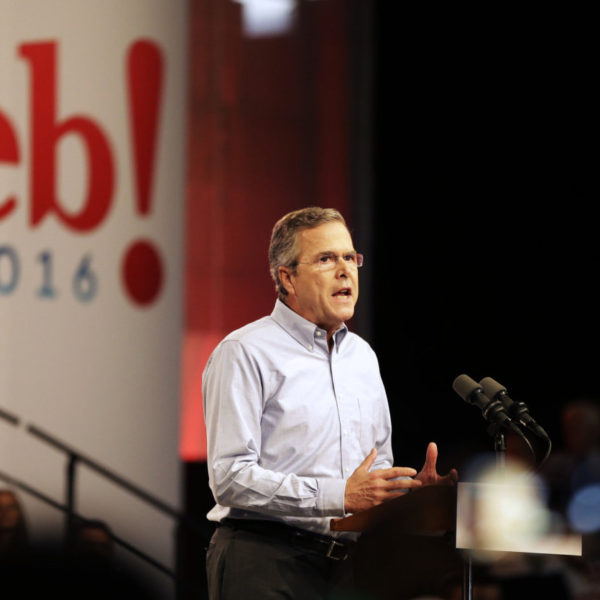 Fashion columnist Vanessa Friedman has an article in the New York Times today on how Jeb Bush announced his bid for the US Presidential seat in shirtsleeves. No jacket or tie; just a blue button-down collar shirt with barrel cuffs. Possibly a way to make himself seem more relatable, but also a strange choice for a Republican Party member.

Even Senator Bernie Sanders of Vermont, the candidate most dedicated to attacking the suit-wearing titans of Wall Street, and the one who theoretically could have the most claim to abandoning the uniform, announced his bid for the Democratic nomination in a dark suit and dark patterned tie.

And President Obama, who made something of a signature of being photographed in his shirtsleeves during the 2008 campaign, the better to signify his youth and new-day-ness, announced his bid wearing a dark overcoat and tie.

Indeed, the only no-tie-wearing leaders who have really gotten away with it recently are Prime Minister Alexis Tsipras of Greece and his cabinet members, and they are very left wing.

Abandoning the jacket and tie is a pretty clear effort to emphasize his independence and modernity, and his awareness of how the younger, non-tie-wearing generation likes to dress. It may be more true to his personal preferences as well, though a trawl through old pictures of Mr. Bush finds him wearing suits at least half the time. But I wonder if the decision will backfire.

You can read the rest of Friedman’s article here.