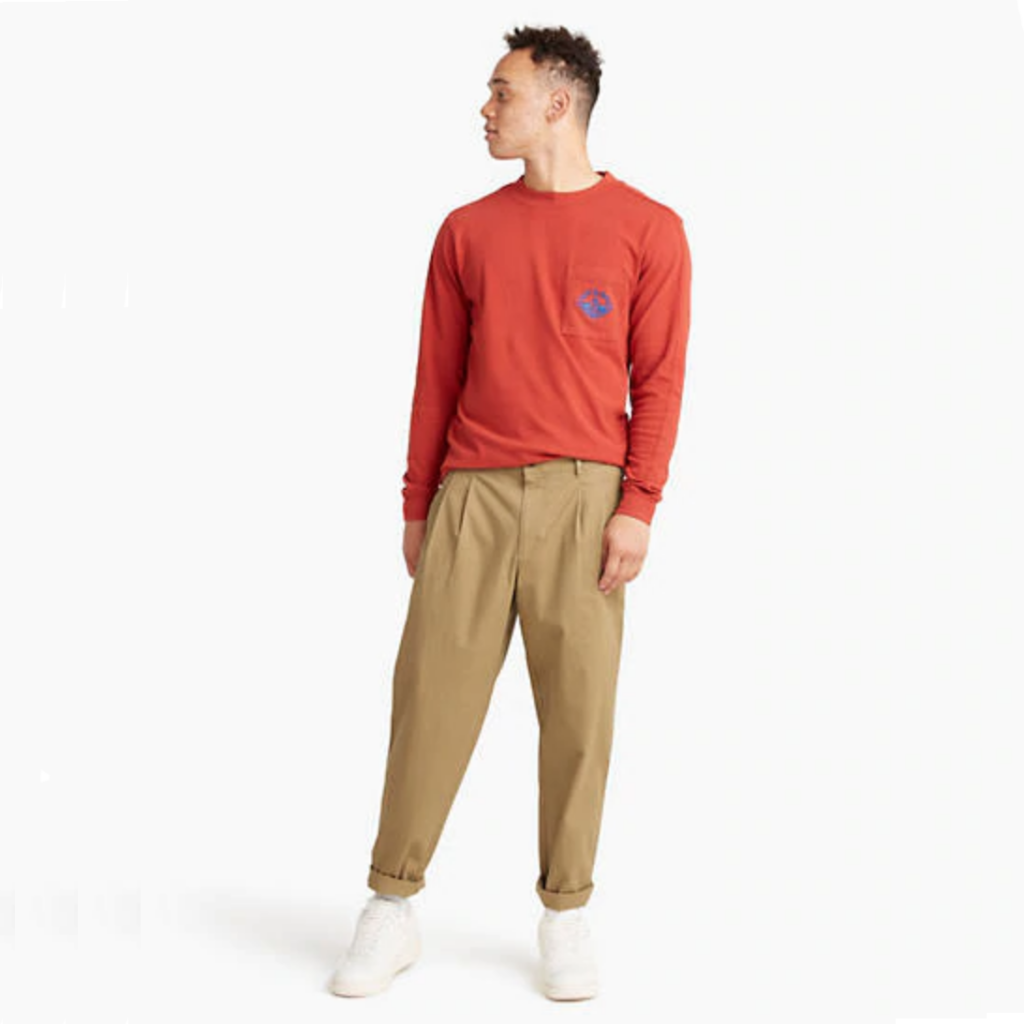 For the last twenty years, the menswear community has been held together by three shared beliefs: square-toed shoes are wrong, no one should wear bootcut jeans, and Dockers’ double-pleated chinos are abominable. As a company, Dockers is to chinos what Kenneth Cole is to shoes. The company is so synonymous with “bad pants” that menswear writers have used their name as a shorthand for the poorly dressed. Dockers are dad pants, or maybe Nike Air Monarchs for your legs.

Over the weekend, however, Dockers released a three-piece collection they call their “retro pleated pants.” The throwback style is inspired by Dockers’ silhouettes from the late-1980s and early ’90s, but with a bit more of a carrot-shaped cut. It features a relaxed top block, a sharp taper, and double-reverse pleats that Dockers says are there for “a timeless style” (I mean … OK). Amazingly, these ship with rolled cuffs, as though Dockers is saying, “we know these have been widely panned, but try this one style move. Here, let us do it for you before you try these on and immediately ship these pants back.” (Note, I haven’t handled these chinos yet, so you may very well end up shipping them right back). 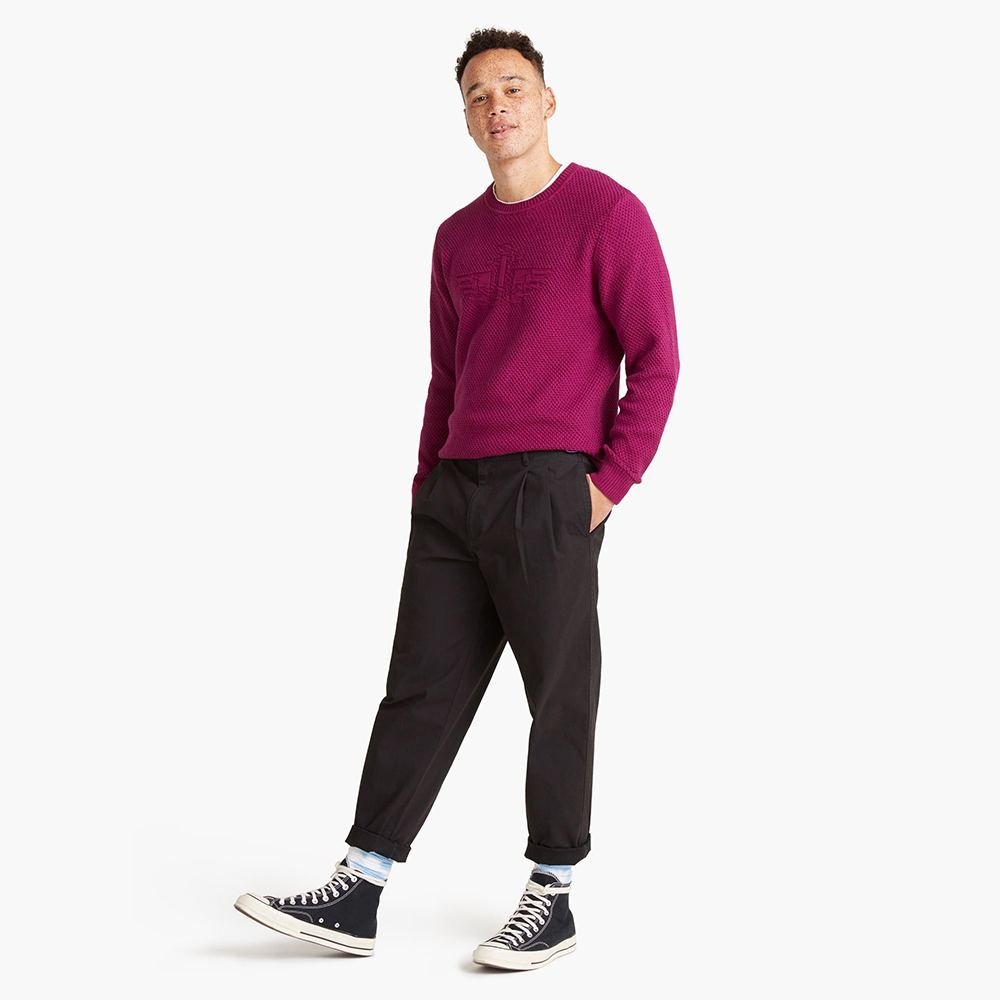 I dare say these look … kind of good? To be sure, the carrot cut silhouette takes after the skate-trend that started bubbling up four years ago. These pants look like they’re designed to be worn a little above the ankle and pin rolled for some extra tapering. They come in French blue (bleh), black (hm), and khaki (good). After the controversial cut, I imagine their next most controversial thing is that contrast-colored Dockers logo that sits on your right hip. It’s almost like Dockers doesn’t want you to lie about where you got these (“no no, these are from Japan, I swear!”). If you wear these, you will have to wear that logo in the same place where cows are branded.

That said, I like their shape. The product page says these are 100% cotton, which is better than the polyester-cotton blend on Dickies (while those can be cool in their own way, the poly-blend gives the fabric a slight sheen). About three years ago, I bought a similar pair of Japanese-made pants from No Man Walks Alone. They’re from the Japanese company called Naissance, and like Dockers’ “retro” pants, they feature a carrot cut and double reverse pleats. I think they look good with more directional casualwear, such as Document’s robe coat and Lemaire’s sweaters. You can’t wear these with classic casualwear, and most certainly not polos, but if you’re willing to experiment a little, these are cheaper than what I paid for Naissance. If the Dockers logo turns you off, keep an eye out at Uniqlo. They’ve been doing silhouettes like this. You can also take a pair of baggy vintage chinos and just taper them.

(pictured below: Naissance’s double-pleated chinos, as featured in No Man Walks Alone’s FW17 lookbook, and Chris Gibbs of Union in a pair of tapered Dickies). 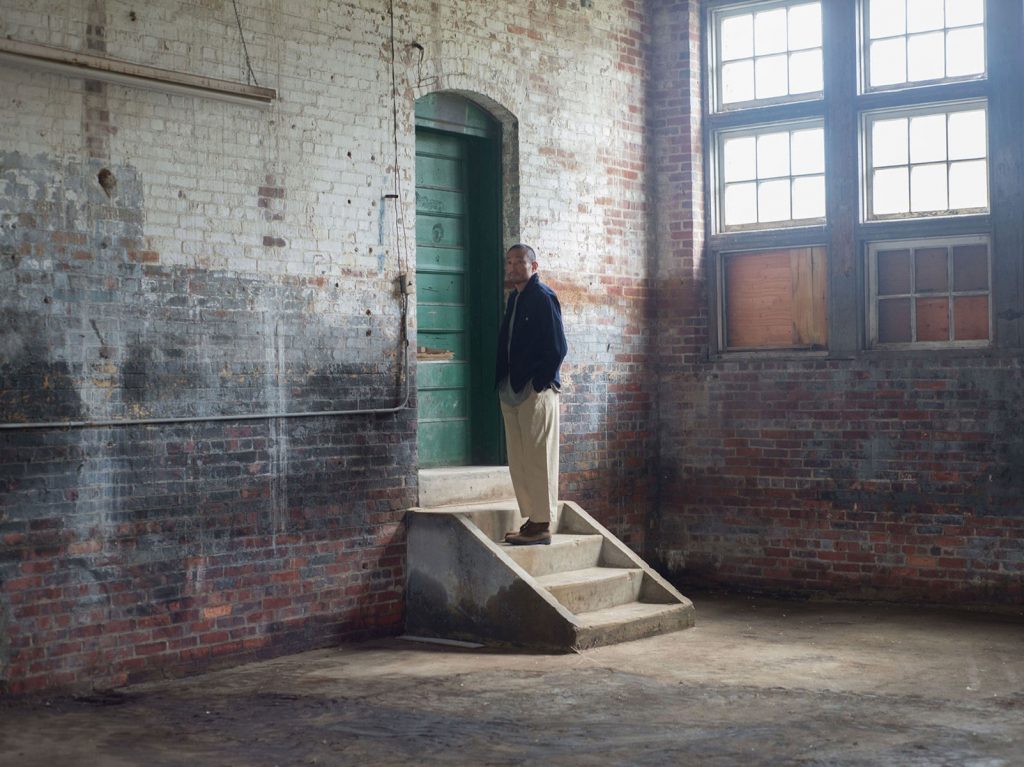 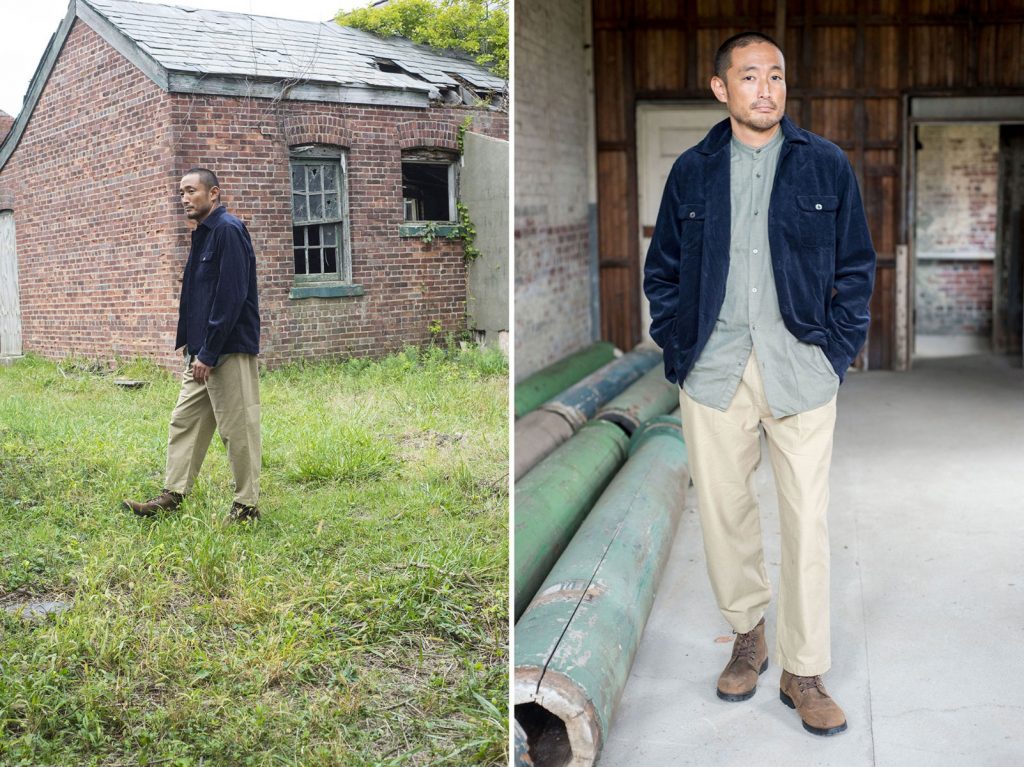 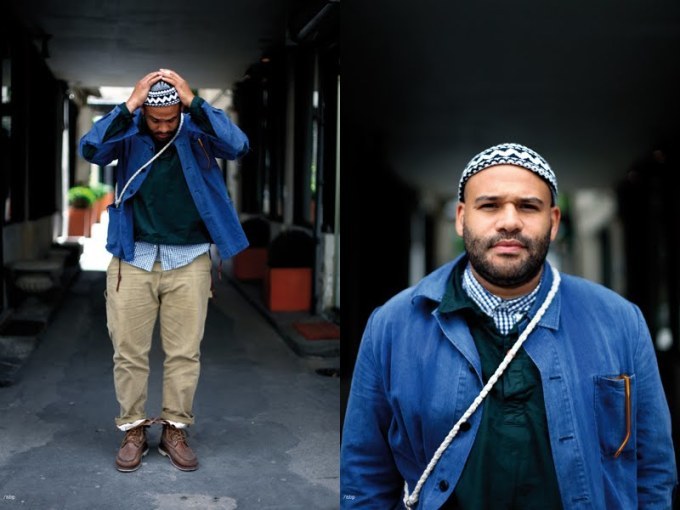