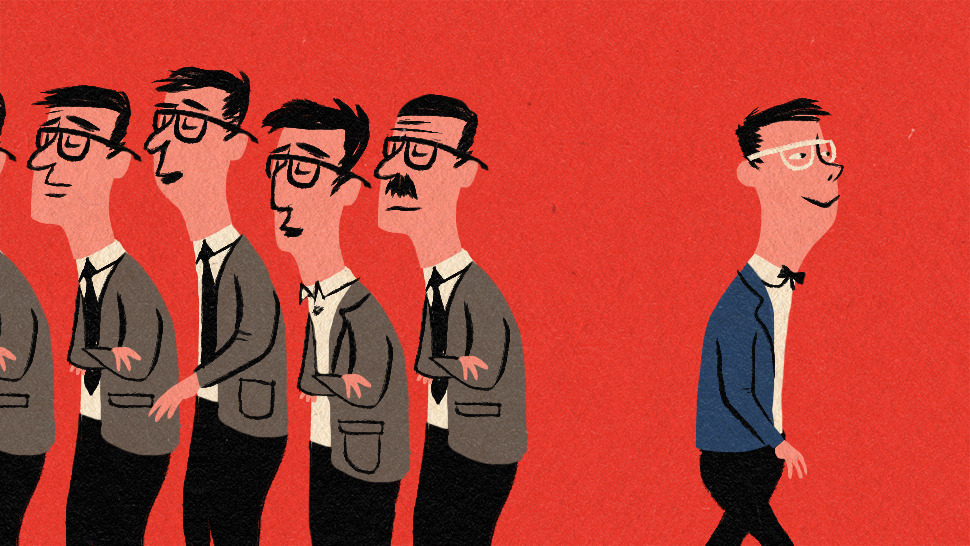 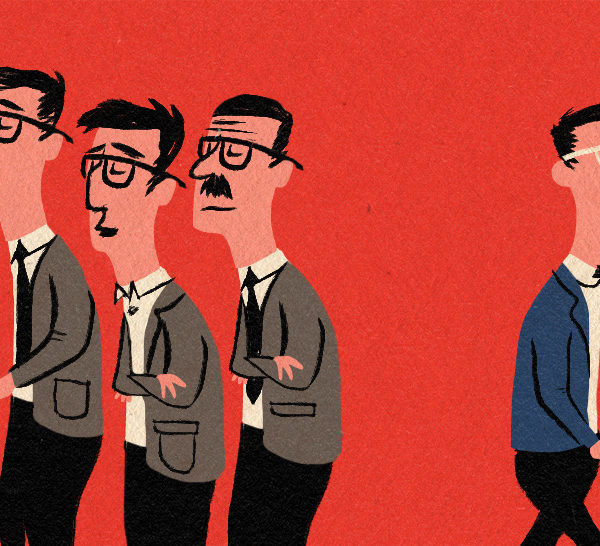 At Mr. Porter, Jonathan Openshaw discusses how the Diffusion of Innovation theory, a five-stage trend model popularized in the early 1960s, applies to clothing:

Although developed and refined over the decades since, this original
piece of research took place far from the runways of Paris or Milan, and
was, in fact, based on the uptake of agricultural technology in remote
farming communities in Iowa. The truth is: trends are spread by nothing
more complicated than people, meaning that each one will take its own
peculiar course.

At 34 per cent, the early majority represents a large chunk of the
mainstream and this is the moment when you’ll notice a movement taking
to the streets around you. Although not the originators of an idea, the
early majority are often its most eager and loyal advocates, relishing
their early adoption of a new style or technology, and broadcasting the
fact on all bandwidths. The bearded and plaid-shirted hipsters of Shoreditch or Williamsburg in
2010 would be prime examples of this stage, where entire urban
communities developed around specific lifestyle choices, such as
fixed-speed bikes and flat white coffees.

I shaved my beard over the summer, so I think that makes me an early majority guy, beardwise? Also, I haven’t been to Shoreditch but Openshaw sort of murders Shoreditch in this piece. Read the rest here.