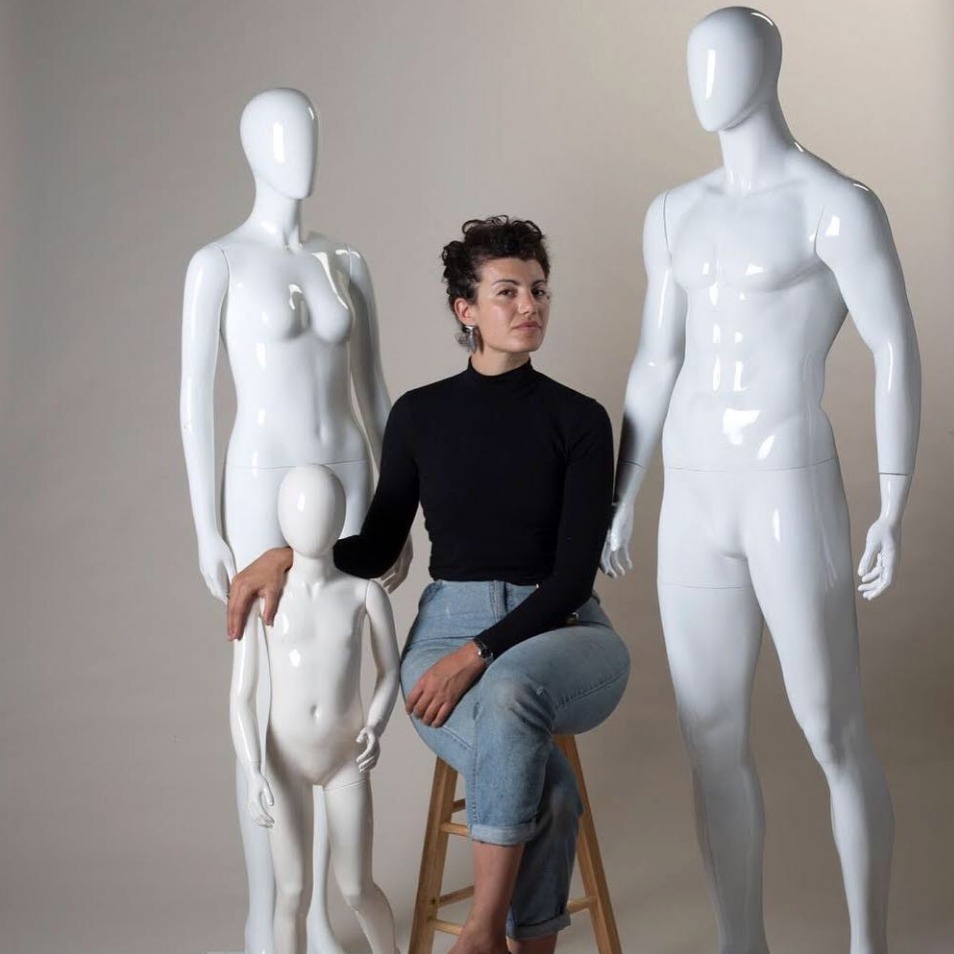 The bread-and-butter of any online fashion media nowadays is talking about how to dress for the office, the weekend, and special occasions. Avery Trufelman’s new fashion podcast, Articles of Interest, is definitely not about that. As a six-part miniseries under the 99% Invisible umbrella — which is a larger podcast about the hidden stories behind everyday objects — Articles of Interest is about the stories behind the things we wear. It’s about the social history of tartans, which were outlawed in the 1700s when the British government tried to curtail Jacobitism among the Scottish clans. Or about how the washing and distressing of jeans is polluting the world. Or how marginalized people use clothing as a way to claim their identity. In her episode on punk style, my favorite in the series, Trufelman opens with:

There is this myth that it’s frivolous or unproductive to care about how you look. Clothing and fashion get trivialized a lot. But think about who, culturally, gets associated with clothing and fashion: young people, women, queers, and people of color. Groups of people who, historically, haven’t been listened to. [They’ve] expressed themselves on their bodies, through their style, their hair, their tattoos, their piercings, and what they wear.

Trufelman is a producer at 99% Invisible, which means she comes up with story ideas and helps bring them to fruition. A while ago, she came up with the idea of doing a series on fashion, but wanted to head it under a separate banner. “It would be weird to randomly do the episodes on 99% Invisible because it would have been a lot about clothes,” she says. So they came up with a separate title, as well as a web page. And just a couple of weeks ago, they had launch party.

This series has been years in the making. When Trufelman was 16 years old, she went to see a Vivienne Westwood exhibit at San Francisco’s De Young Museum. As a somewhat outlandish dresser herself — a teen who liked wearing thrifted 1960s mini-dresses and gold lamé garments as a way to “proclaim her weirdness,” as she puts — she was drawn to Westwood’s punk and New Wave creations. “It just blew my mind to see all the care and craft that goes into things that are interpreted as grungy and spontaneous,” she says. “I bought a poster that day and it went up in my bedroom. I grew up looking at it.”

Almost ten years later, Trufelman was on a JetBlue flight, and right in front her, on the tiny TV screen, she saw Westwood speaking about the power of clothing. Since then, Trufelman has been thinking a lot about fashion — the power of designers to make us feel a certain way, as well as the role fashion plays in culture. And so, she started sketching out ideas for her new miniseries, which included topics that were born out of conversations.

Her episode on Hawaiian shirts, for example, came out of a conversation about whether Tiki bars are a form of cultural appropriation. The episode on pockets was inspired by a conversation she had with her friend Piers about why womenswear is “littered with fake pockets that don’t open, or shallow pockets that can hardly hold a paperclip.” The episode on tartans, similarly, came out of a convo with a friend who crashed on her couch for a while (he later gave her some back issues of Worn as a thank you gift, and somewhere in those pages was a story about the global tartan registry, which Trufelman included in her podcast). 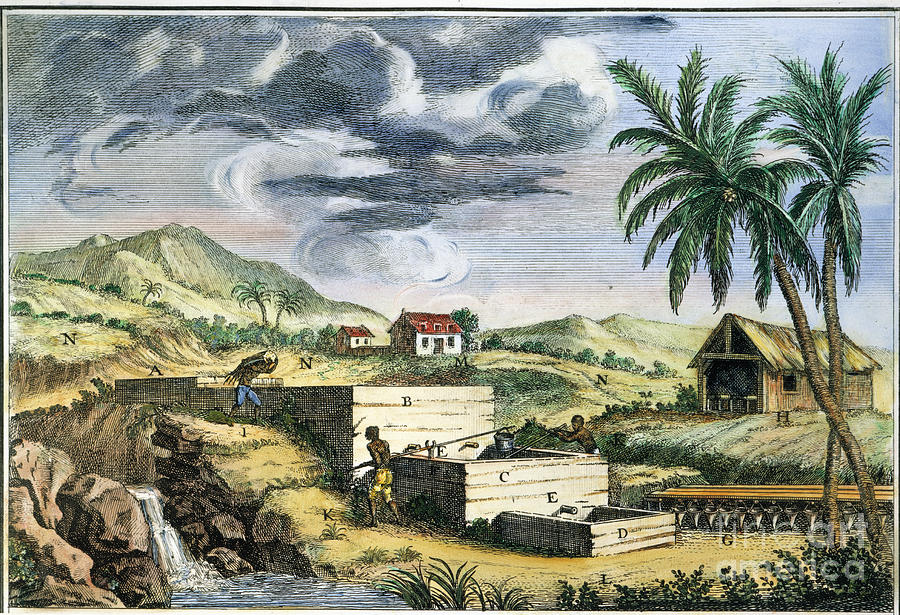 One of my favorite stories is somewhere halfway into the denim episode. Indigo dyeing — and indigo cotton in particular — is a tradition that goes back hundreds of years. Before the American Revolution, and before cotton was “king” of the south, indigo was the second largest cash crop in the colonies after rice. “There were indigo plantations all across the south, and some of them lasted well into the civil war,” she says. And much of that labor intensive indigo-dyeing process was scaled up through slave labor. Trufelman interviews Ann Masa, who retells a story she’s heard passed down through generations in her family.

The story is about Masa’s great-great grandfather, John Henry, who was born as a slave on Georgian indigo plantation. Soon after his birth, his parents decided to escape and head north. And as was common at the time, they swaddled baby John in indigo blue cotton cloth.

About an hour after they left, as they crept through the underbrush, they heard dogs barking in the distance. “And the screaming of the voices that they recognized was the overseer’s,” says Masa. “So they ran into the brush, they found a place to hide, and they secreted themselves. Then baby John started to whimper and fuss. Somebody came over and was investigating this noise. He looked down just as the moon came out, and then baby John jumped and screamed out. And suddenly the overseer ran away like, ‘Oh get out, get out! The Yankees are here! The Yankees are here! The blues are here!'”

The overseer mistook John’s indigo wrapping for a Union army uniform, so he and his lot ran away. The family was saved. 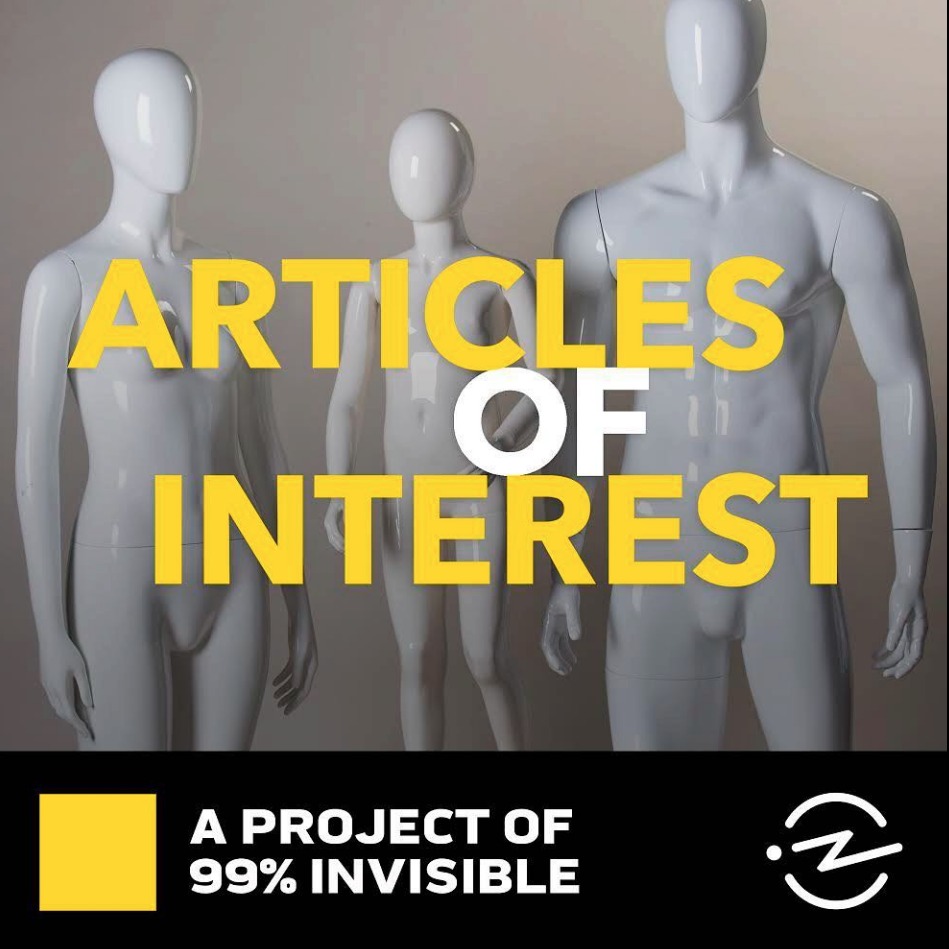 Trufelman dives pretty deep into each of her topics. “Every person I interviewed had a question. Why do kid clothes look the way they do? Why does everyone love indigo? Why do we consider it silly to talk about what we wear?” Conversations led to more conversations, research led to more research. All in all, Trufelman spoke to over forty people for her show — museum curators, technical designers, historians, archivists, environmentalists, fashion brand owners, and more. She even talked to Don Letts, legendary DJ and creator of the documentary Punk: Attitude. “When we first met he was like, ‘what’s your podcast about again? Clothing, oh I have nothing to say about clothing.'” But, of course, Letts gave one of the more insightful interviews in the series, which is included in the episode about punk style.

Trufelman flew all the way to the UK for that interview (along with some others for her research on UK-related matters). “Clothing is such a fishing net for memory. You can touch garments and say ‘I remember when I wore this here.’ You can’t do that in a sterile space like a studio, so I wanted to travel and meet people in-person. We had enough in our budget for me to fly to the UK and Hawaii.” Those in-person interviews make Articles of Interest feel so much more personal, as Trufelman gets people to really open up with their thoughts.

As for what she learned most from doing this series, Trufelman says she’s more aware now than ever of the environmental impact of fashion. She admits she bought new pair of raw denim jeans after finishing her episode on denim, but otherwise can’t bring herself to buy new clothes anymore. “At the end of this podcast series, we organized a clothing swap where hundreds of people brought bags and bags of used clothes,” she says. “It was all stuff from people’s personal closets. They poured everything on the floor and everyone sorted through the pile to find things they wanted. The remains then went to Goodwill. It’s a great way to give clothes a second life, and you get to hear the backstory for a particular piece. Like, I picked up this crazy jacket that used to be owned by someone’s mom. It’s not something I would have ever bought in a store, but there’s such little risk at a clothing swap since it’s all free. It’s a good way to manage this feeling like you have to shop all the time. And this way, you end up experimenting more and expanding your style.”

All six episodes of Articles of Interest are currently available on 99% Invisible’s podcast feed. They’re also embedded on their website, so you can download or listen to them online. Avery says she doesn’t have any plans at the moment for more episodes, although she’s inspired to do more after hearing stories from listeners. “Right now, I’m just pooped.”