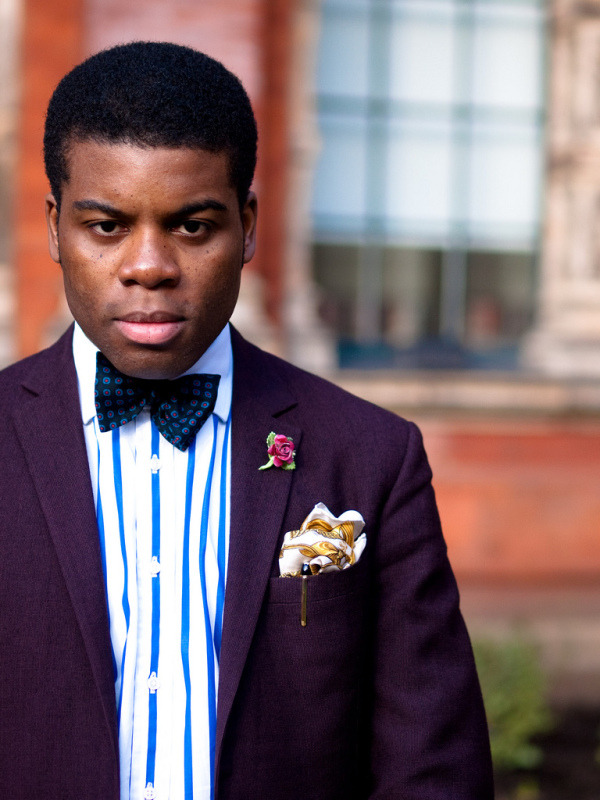 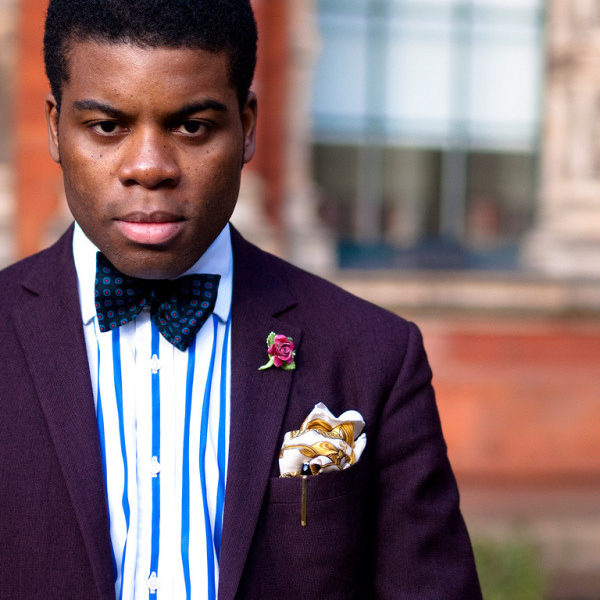 We continue our look at real men in real nice clothes with this photo of Barima, who lives in Accra, Ghana, taken by his friend Jamie Archer.

Barima’s in quite the dandy outfit here.  He’s got a loud pocket square, a flower in his lapel that looks as though it may be porcelain, a Mont Blanc pen, a loudly striped shirt and a patterned bow tie.  That’s a lot of elements to juggle, but he’s doing it admirably.  The color pallette is actually relatively modest – mostly blue and white, with accents of pink and gold.  He’s also balancing his very traditional shirt and tie with a coat of very contemporary proportion – narrow lapels, a high gorge and a slim fit.

I also think that Barima’s race gives him a little more leeway to play with the conventions of traditional dress.  One’s picture of a man in traditional British business dress tends more towards the father in Mary Poppins than towards a young, good-looking black guy like Barima, and it makes the traditionalism of his outfit feel a little subversive without losing any of its elegance.