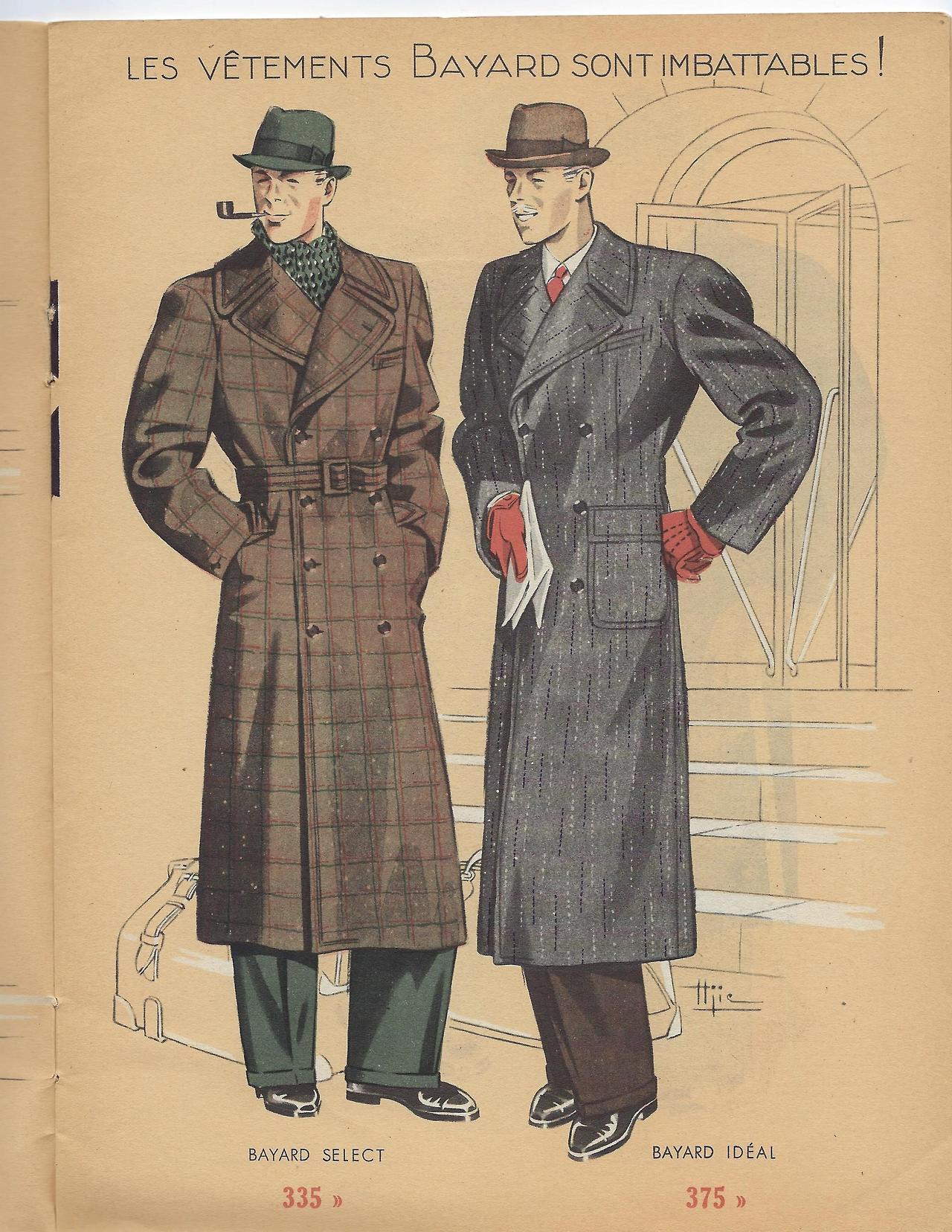 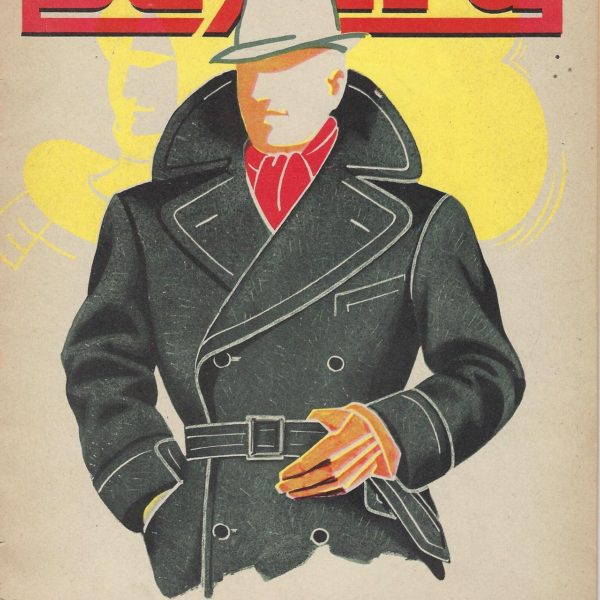 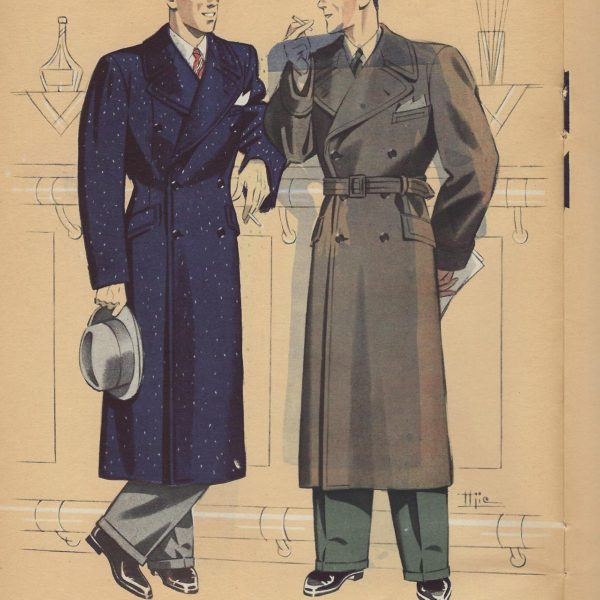 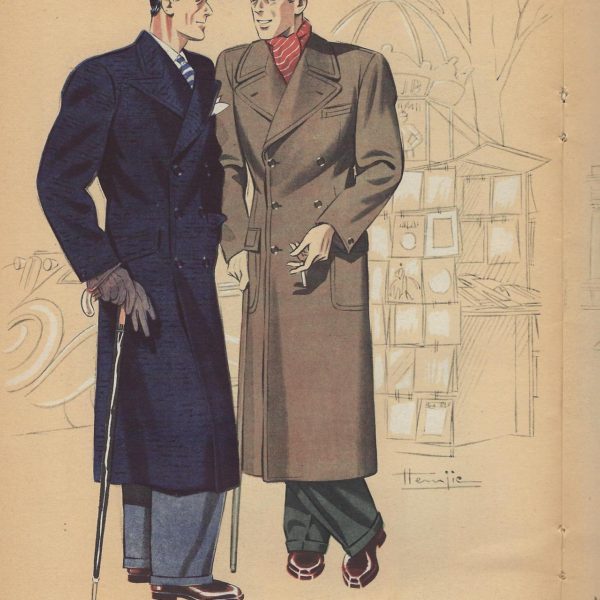 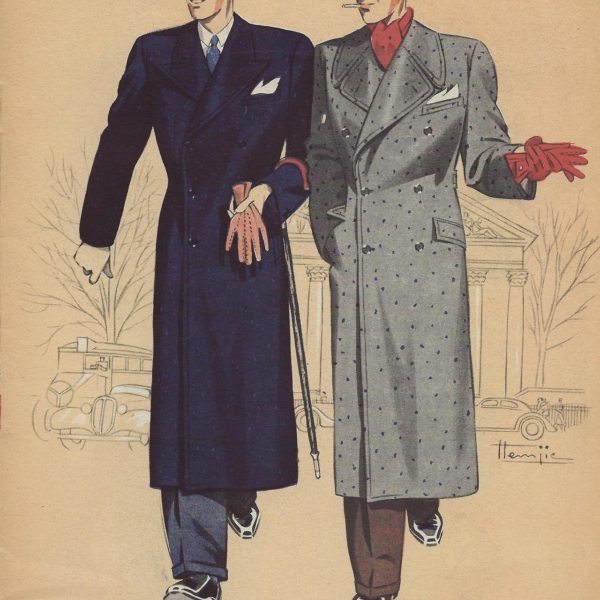 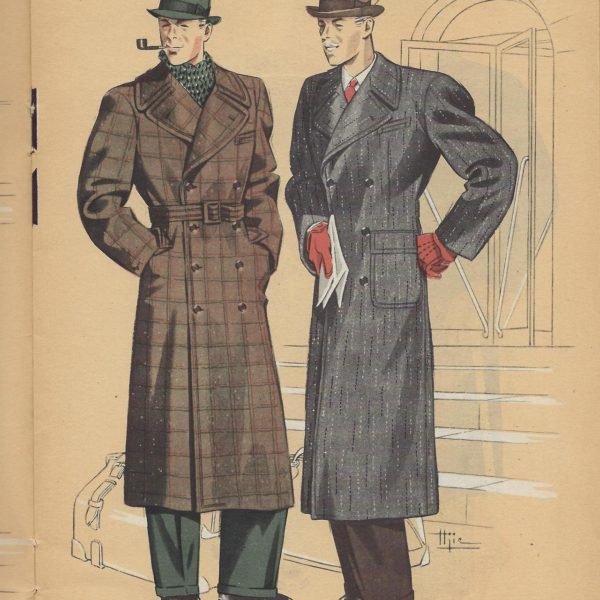 In my vast stacks of menswear books and ephemera, I found this beautiful catalog for Vetements Homme Bayard, a French menswear retailer. It isn’t dated, but it appears to be from the 1930s – the company was founded in 1925. It’s remarkable how little classic men’s outerwear has changed in that time; any of these coats would be imminently wearable today. One wonders if they still sell some of these styles in Lyon.

We’ll share a few more pages from the catalog in the coming days.

In the meantime, here’s some information that a reader from Lyon provided us about the brand:

Nowadays, Bayard is dying but there is a rich history and cultural heritage. The company comes from Villeurbanne, a proletarian and Art deco suburb of Lyon. Julien Guicher and Julien Coste partnered and created their 1st factory in 1919. (Photos). The name “Bayard” comes from the famous Chevalier Bayard (Bayard Knight), a great captain of the King François the First. He was native of Dauphiné, a former province close to Lyon. An old picture of the former shop in Lyon (in the 1920s). Bayard advertisings were great during the 50-60-70s.