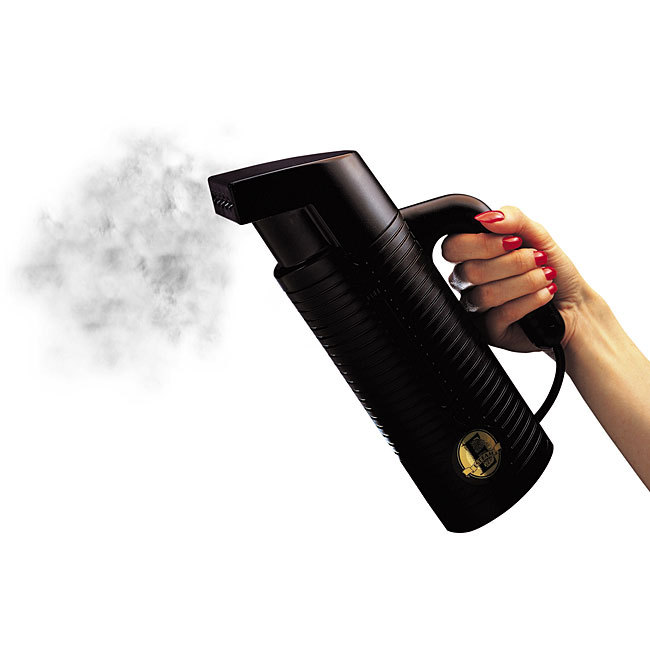 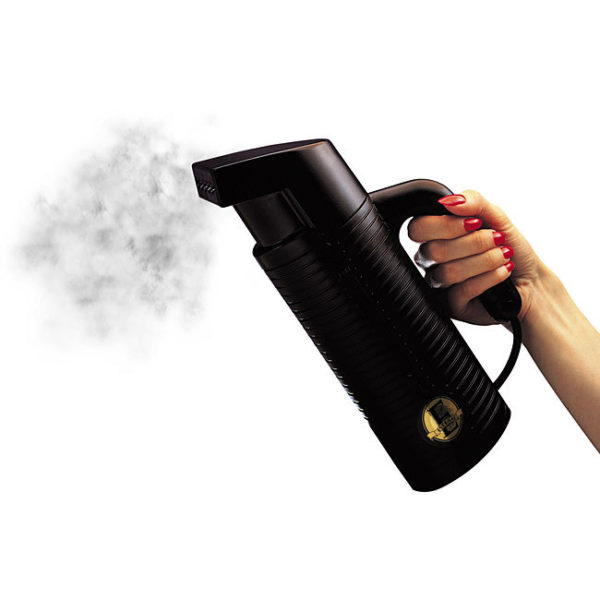 A garment steamer, like the one you see above, can be useful to take out wrinkles. If you use one, however, you should be aware: what seems to be a rather simple and innocuous device is actually something that can ruin your clothes.

This has been something of a crusade for tailors such as Jeffery Diduch (though he’s certainly not alone in the opinion). The logic here is straightforward: for high-quality garments, a fully canvassed jacket will have been carefully molded and shaped through a lot of hand pressing. As I’ve written before, a well-tailored jacket has a certain three-dimensional shape. You may notice a convex curve at the chest, concave curve at the waist, and maybe even a well-shaped, cylindrical sleeve. These aren’t formed by just cutting pieces of cloth to a certain pattern, but also by shaping the wool with a heavy iron.

A garment steamer can destroy a lot of this work. To understand how, imagine what would happen if you blew hot steam through a woman’s hair after it’s been carefully done up through curlers and ironing. It would go limp – her hair would relax and the shape would fall out. Wool is the same way. Which is why, given how much handwork goes into a well-tailored jacket, and how much value that work imparts, one should reconsider garment steamers.

Another, arguably larger, danger looms for fused jackets. There, hot steam can delaminate the fusible interlining inside, which then can result in bubbling. If you don’t believe this can happen, know that in order to delaminate jackets, factories do exactly this: blow hot steam through a jacket. The only way to prevent delamination is to apply both hot steam and pressure. Without the second ingredient, you risk a separation of the layers.

So then what to do about wrinkles? Jeffery has often recommended that men learn how to press their own jackets, but this isn’t the same as ironing your shirts. In fact, the key here is to not iron, but press, and to learn how to do that properly, you should read Jeffery’s tutorial.

Jeffery’s write is well done and detailed, but I admit I’ll never try doing such a thing. I just don’t have any confidence I’d do it right. So, if you’re in the same boat, I’d recommend sending it to someone who can do it professionally. Note, most dry cleaners will say they offer this service, but what they’re actually doing is putting your jacket over a form and blowing hot steam through it. Not what you want. Make sure you’re getting a true hand press. If you can’t find someone local for this, I recommend RAVE FabriCARE.

But what if you just need something quickly done? Sending your garments in for a professional press after every wear seems excessive. If you have small areas with wrinkles – say at the back of your trousers’ knees or behind the elbows – I think it’s reasonable to carefully and judiciously apply a very light amount of steam for a short period of time. Note, many tailors I know will still wince at this suggestion, but I think it’s the most reasonable “middle road.” Certainly don’t go crazy with your steamer, and don’t steam areas that have been heavily shaped (such as the chest). Try to avoid areas with canvassing, and even sections with seams (as you can blow them out). Just light, gentle, and careful steaming. This, in my opinion, is certainly better than the often passed-around advice of putting your tailored jackets in the bathroom with you while you take a shower. There, the steam won’t be targeted at all, and you can end up wearing the man’s clothing version of a woman’s limp hairdo.