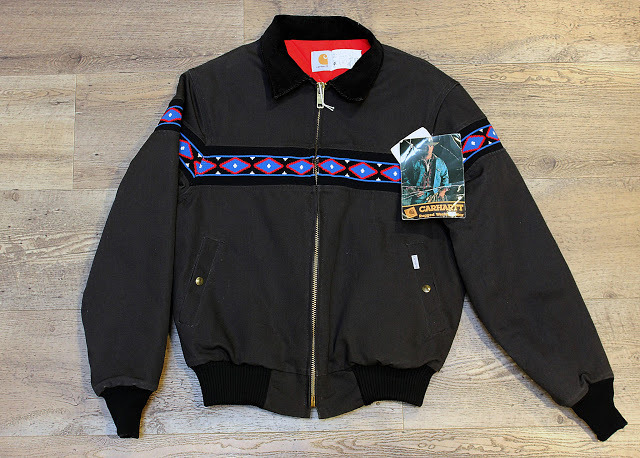 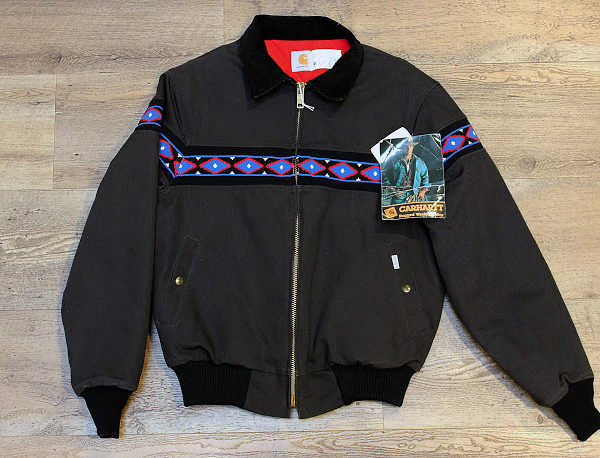 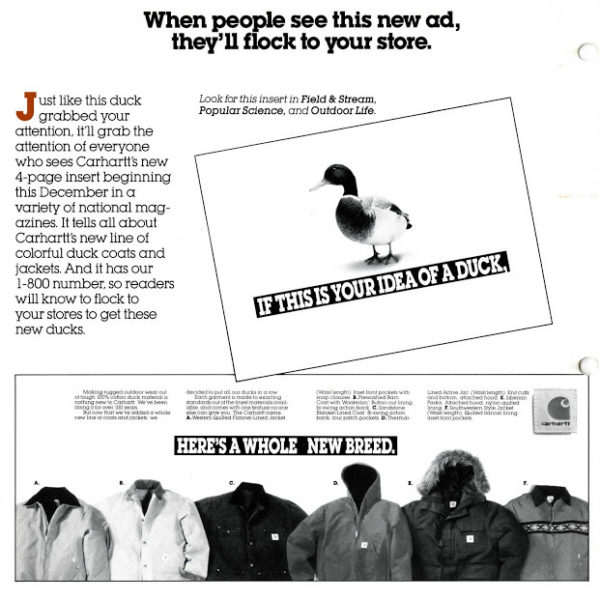 James at 10Engines wrote about one of my favorite niches of 1990s vintage: Carhartt’s southwestern collection. He talked with the workwear megabrand’s archivist about the uncharacteristically bright, patterned clothing and hats, which were offered for only a few years but which are not too hard to find on ebay/in thrift and vintage shops.

According to Carhartt, the move was driven by the preferences of their western market. More broadly, it fits in with the 1990s trend of vaguely southwestern patterns in clothing and decor that generated a lot of great Ralph Lauren stuff (Ralph was probably driving the southwestern movement) and outdoor gear from brands like Patagonia. The style has trickled down to today in homages like this current season jacket from Supreme. I’m pretty sure I’ve bid against James on some of Carhartt’s 100th anniversary collection stuff on ebay, and I’ve got my eye on some southwestern pieces, so look out.