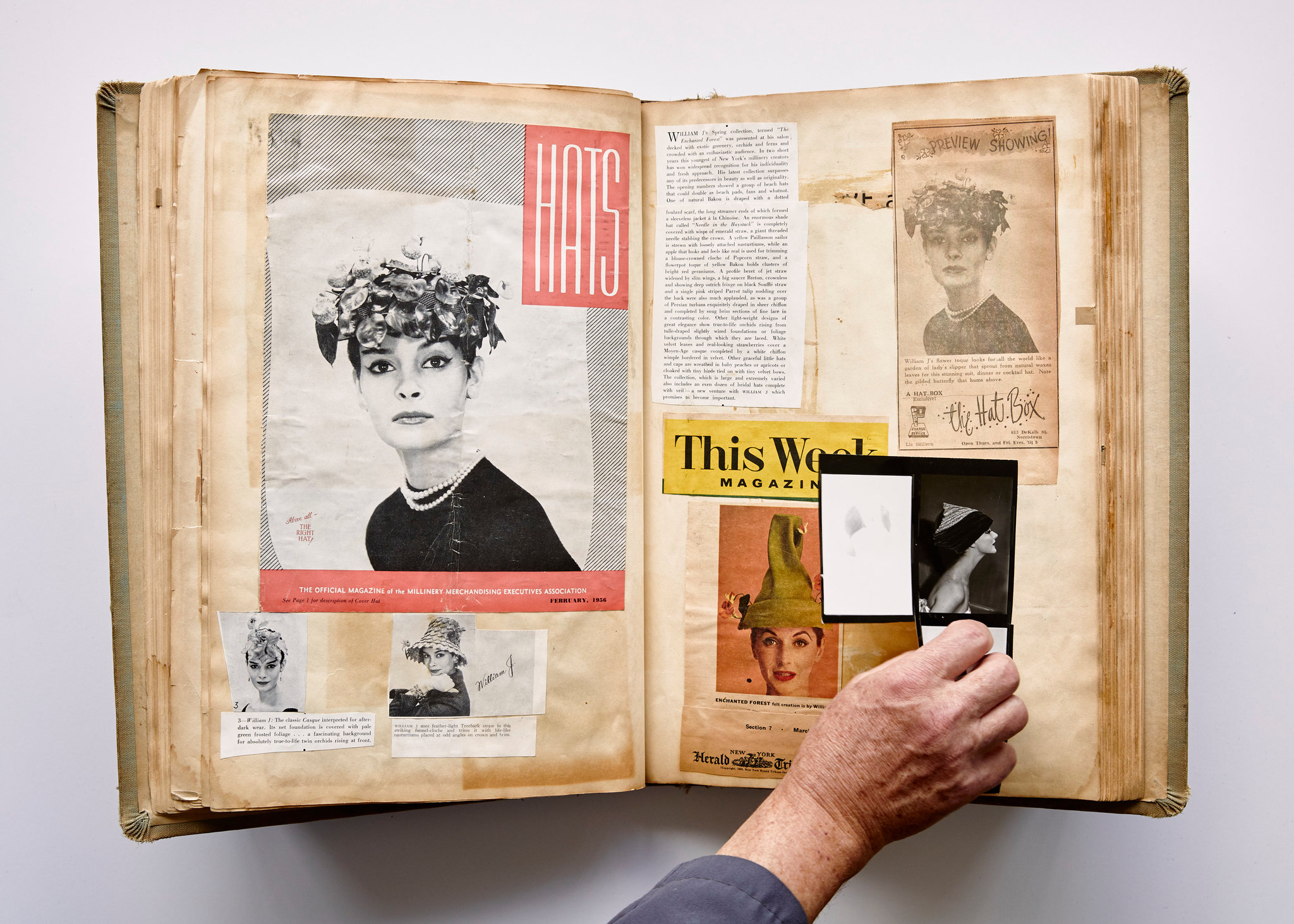 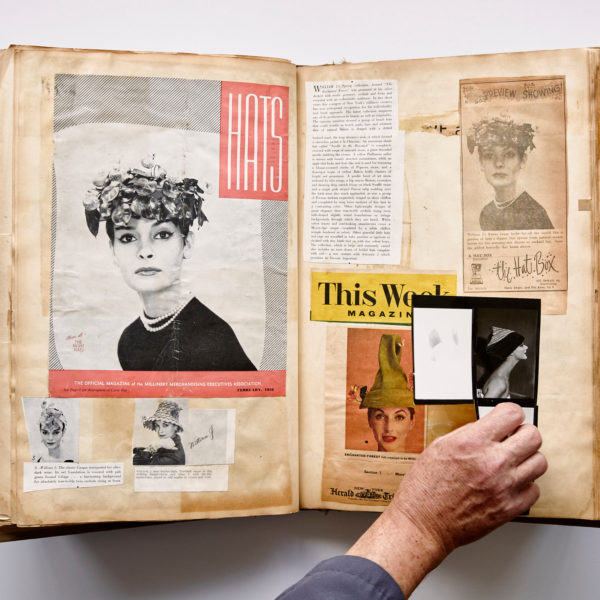 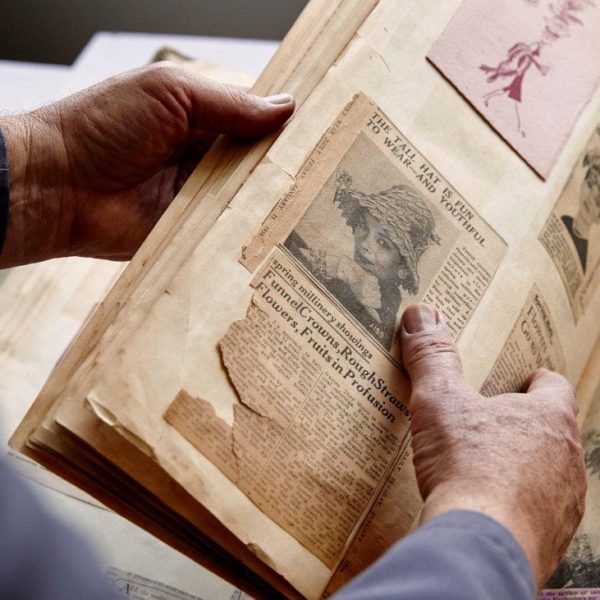 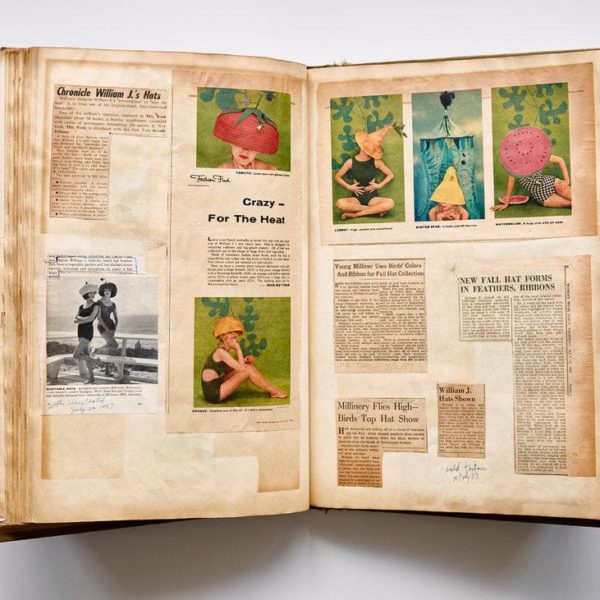 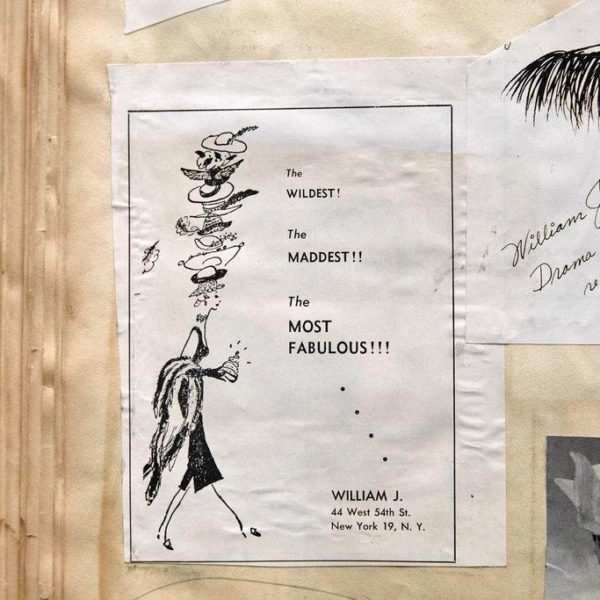 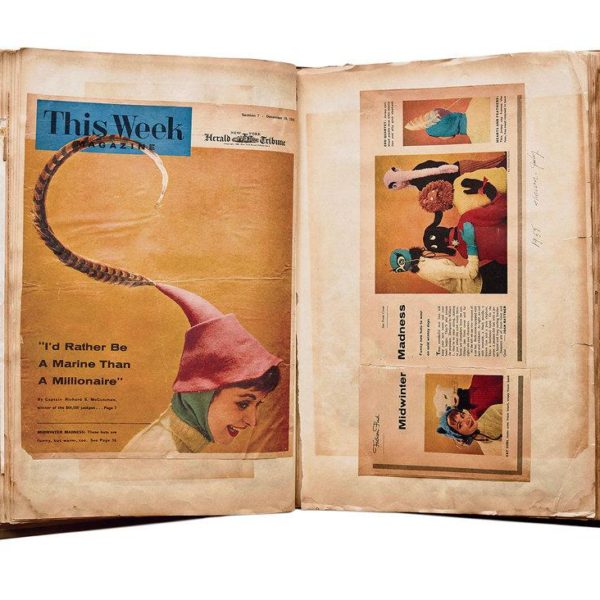 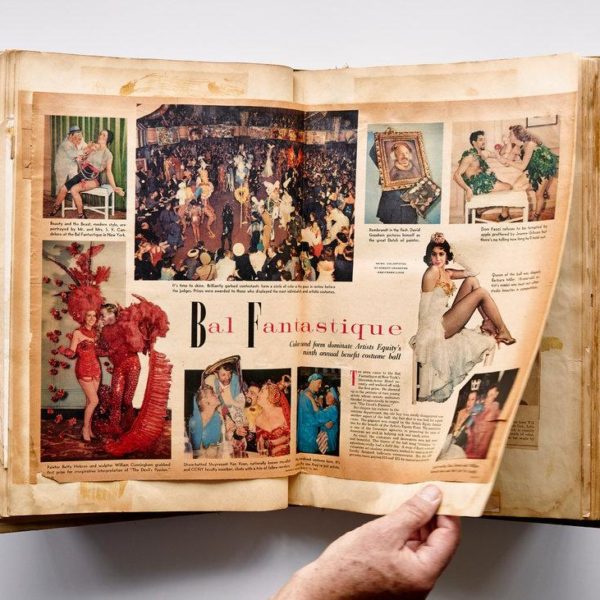 There’s a new rule at Put This On: any news about the late, great photographer Bill Cunningham gets published. And from now until September, you can check out an exhibit of his life and work, titled Celebrating Bill Cunningham, at the New-York Historical Society.

The exhibit holds some of Cunningham’s personal style signatures — the bike he used to get around NYC, the Nikon camera he used to shoot photos, and the battered French chore coat that was as charming as his smile. But among those are also some of the hats he designed as a milliner under the name William J (before be became a street style photographer); photos from his Facades project, where he spent eight years documenting NYC’s architectural and fashion history; and digitized excerpts from his scrapbooks.

For readers outside of NYC, The New York Times has some of those digitized excerpts up at their site. The hardcover scrapbooks hold neatly cut-out press clippings, photos, mementos, and what-have-yous. One of the ads he used for his hat business describes his creations as “The Wildest! The Maddest! The Most Fabulous!!!” There are some wonderful photos in there of hats in all sorts of wild shapes and colors. A journalist wrote the following in an undated newspaper clipping: “Beach hats are his meat and fish are his décor. Lobsters, octupi [sic] and other denizens of the deep sit whimsically on his chapeaux. Twenty‐ seven years old and Harvard‐educated, William J. is the newcomer who startled millinery circles with his fruit and vegetable collection of beach hats last year.”

You can read more at The New York Times. Details about the actual exhibit, including info on how to buy tickets, can be found at The New-York Historical Society. 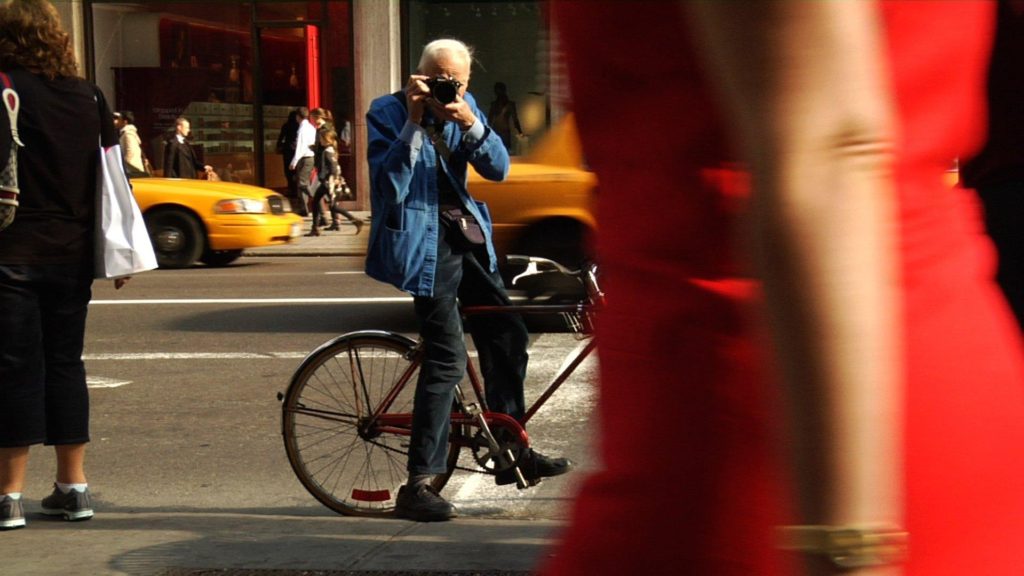