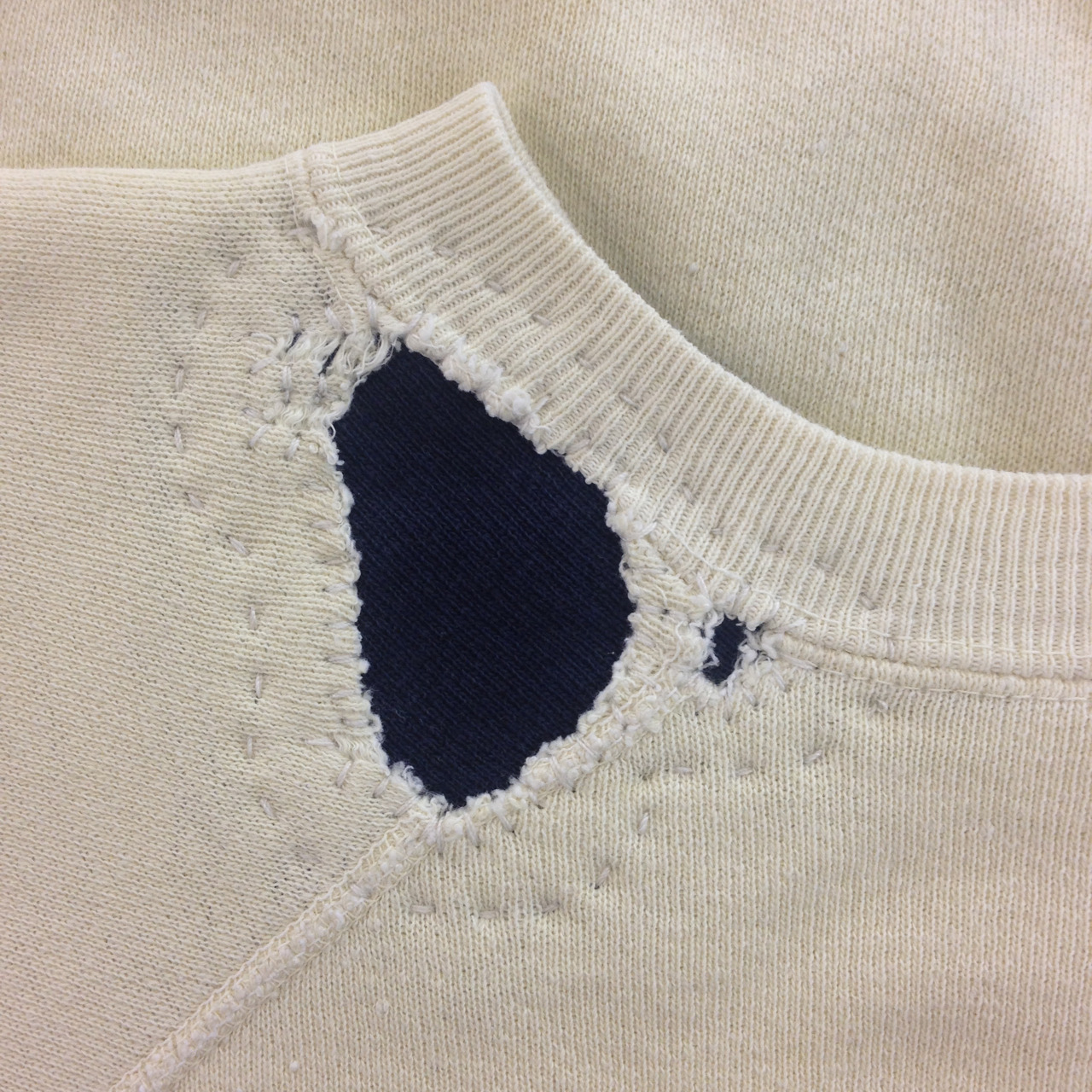 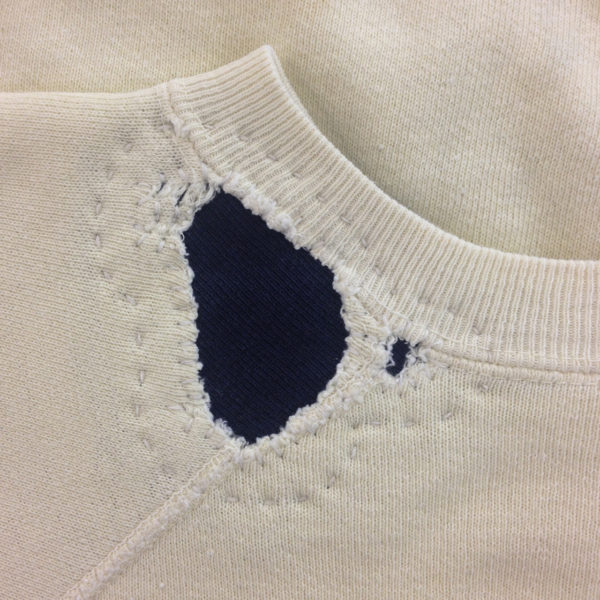 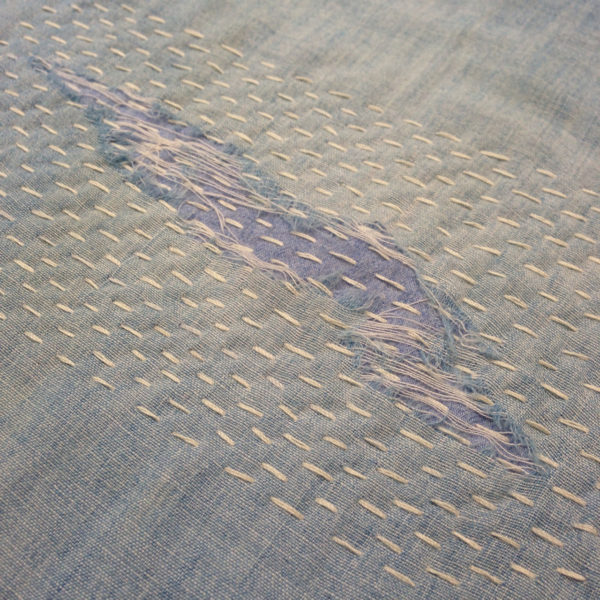 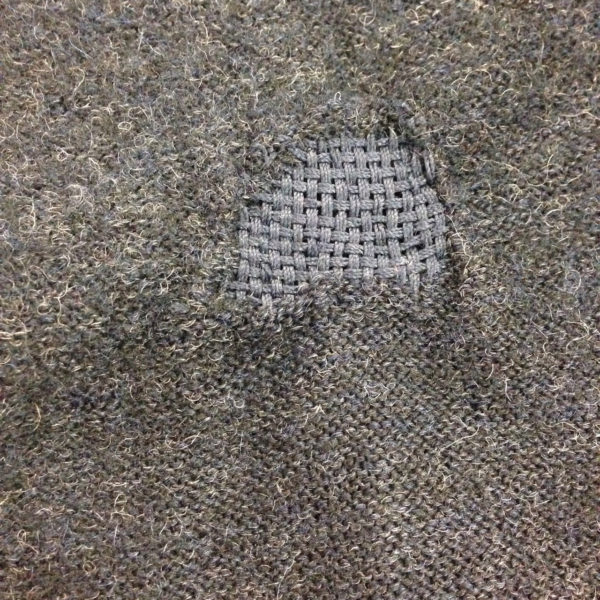 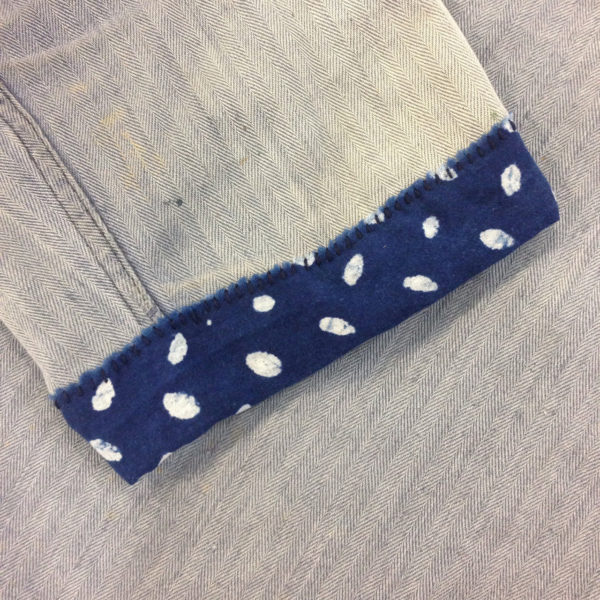 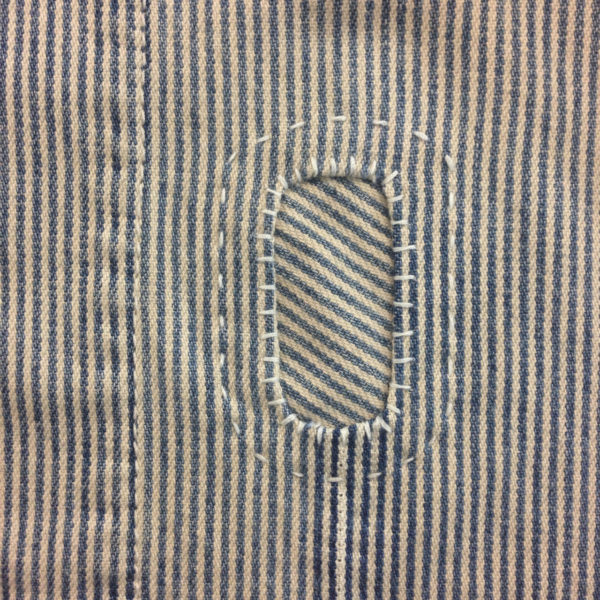 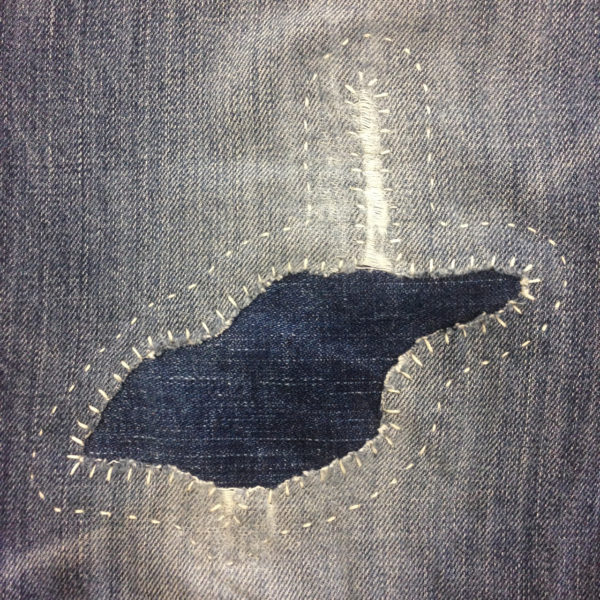 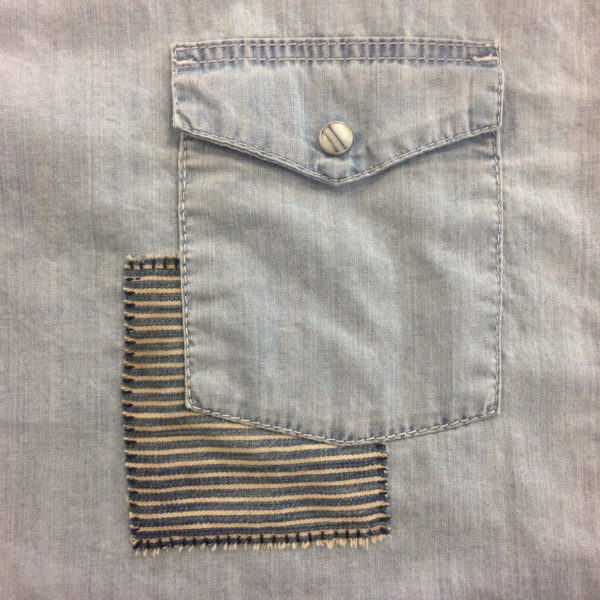 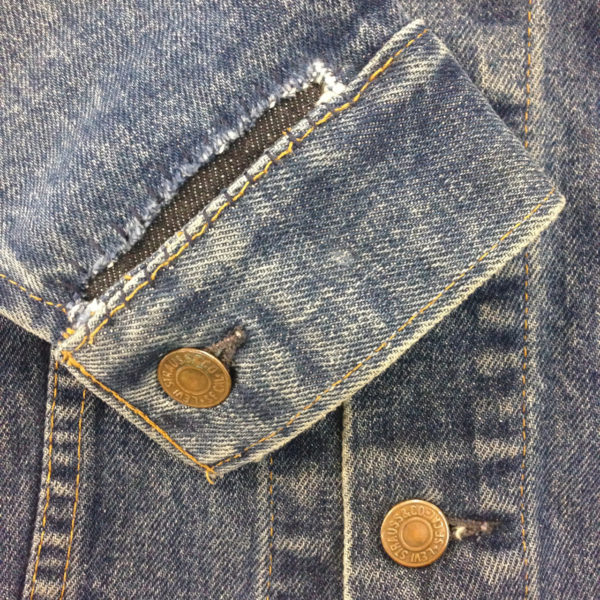 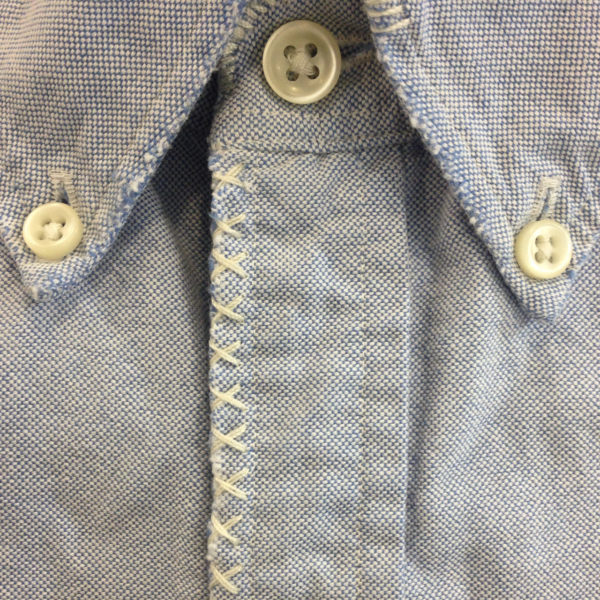 I’ve been really digging the work I’ve seen from Darn & Dusted, a small, one-man custom repair company over in the UK. Darn & Dusted is run by Luke Deverell, who repairs everything from old, busted-up jeans to moth eaten sweaters using a variety of hand-executed darning techniques.

Darning, as some readers may know, is a sewing technique for repairing worn-out areas in fabric. Instead of patching over a hole, darning “weaves” in new material. I’ve had some jeans repaired this way through Denim Therapy and Self Edge’s Darn It service. Pete’s had his repaired the same way through Denim Surgeon. All three companies are commonly recommended on denim boards for things like crotch blowouts and ripped knees.

Deverell’s technique is a bit different. Whereas most companies darn by machine and try to make their repairs blend in, Deverell does everything by hand and purposely makes his repairs stand out. He uses a series of running stitches – one where the thread is “woven” in rows along the grain of the fabric, and then another in the reverse direction (thus filling in the framework that was created, as if weaving). Together, the stitches fill-in holes and reinforce weak areas. He also uses contrasting patches, cross stitches, and stab stitches for decorative effect.

The result is something that looks like a melding of old Japanese and Western workwear garments that have been repaired over and over because the owners were too poor to buy replacements. Such clothes used to be a source of shame for a lot people (as they showed your family was financially struggling), but in the recent decades, they’ve become highly coveted by vintage collectors. Partly because they’re beautiful, but also partly because they connect us to a larger set of values, beyond just aesthetics (values for thriftiness, a love for imperfect things, and an appreciation for age and the cycle of life).

If you have something that needs to be repaired, you can contact Deverell through his website. He has a section where you can request a price quote (tip: sending photos of your garment is helpful). Jonathan Lukacek – the writer behind Bandanna Almanac – also has a nice post about how you can learn to hand darn something yourself.