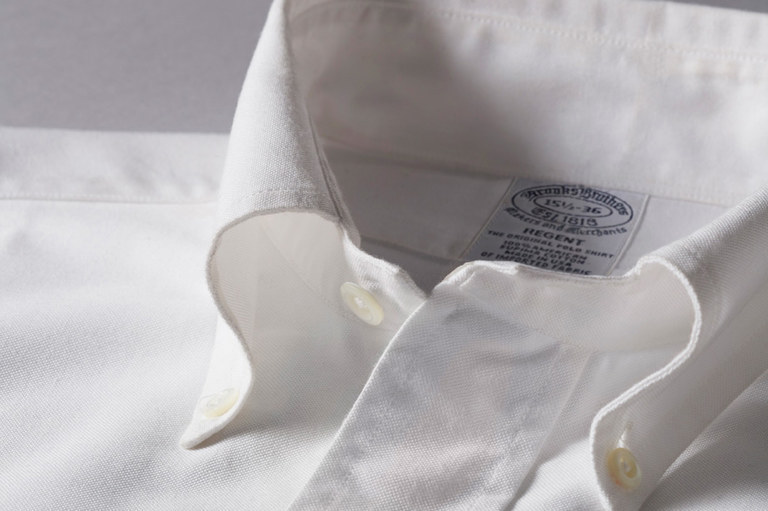 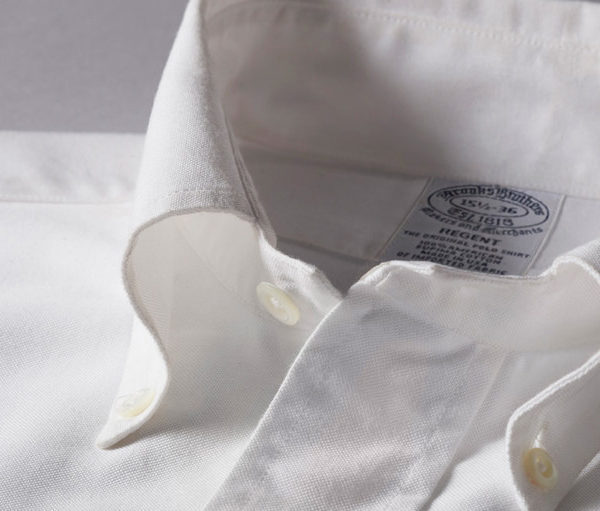 If you haven’t heard, Brooks Brothers revealed a new OCBD today – a pocketless, soft unlined collared shirt, a bit like the ones they used to make prior to the 1960s (but available in slimmer fits). Bruce Boyer has a nice post about it at Ivy Style:

I can only suppose that it finally got through the thickheads at Brooks that there were plenty of guys out there who wanted The Real Thing and they’d better get in on it. After all, Mercer & Sons, and more recently Michael Spencer and O’Connell’s, have been eating their lunch when it comes to unfused buttondowns. When Brooks abandoned its trad customers years ago, Mercer stepped into the gap and produced the classic unfused, big-bodied and much beloved oxford shirt that men had worn for generations.

The question, again one can only suppose, is whether the Brooks customer will pay the much higher price for this new-old Brooks oxford buttondown. Just a year ago, the price of the fused horse-collar buttondown was $79. The new-old model is priced at $140. […] It should be noted that the Mercer, O’Connell’s, and Michael Spencer buttondowns are all around that price, too.

Obviously, turning Brooks around is akin to turning a battleship, but the real problem would seem to go deeper. The problem is that Brooks has not known for years now who its customer actually should be. […] I suppose what’s so bothering about this sordid little affair is that we get the squeamish feeling that Brooks, which gave such wonderful direction for two centuries, has in recent years become a follower, and that this is just one more example of confusion in the ranks.