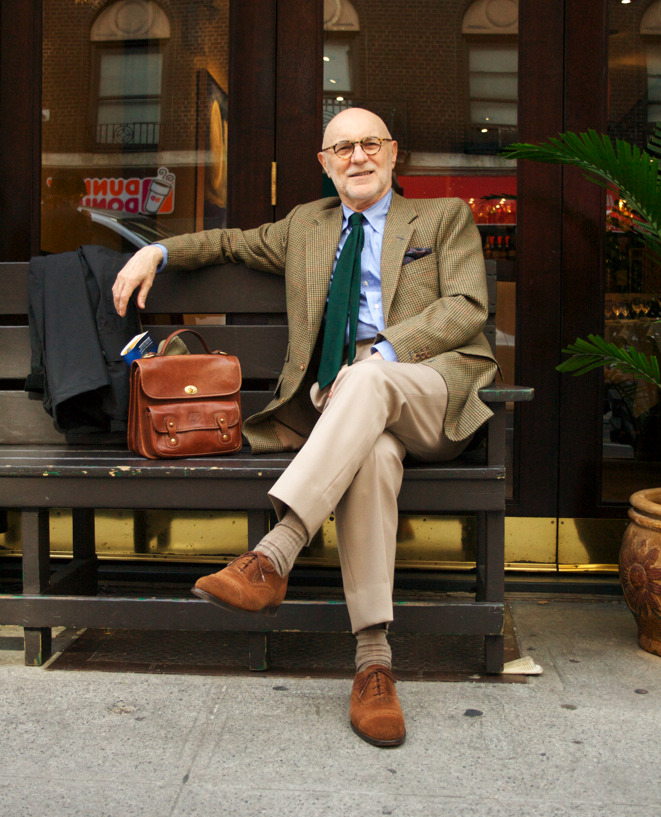 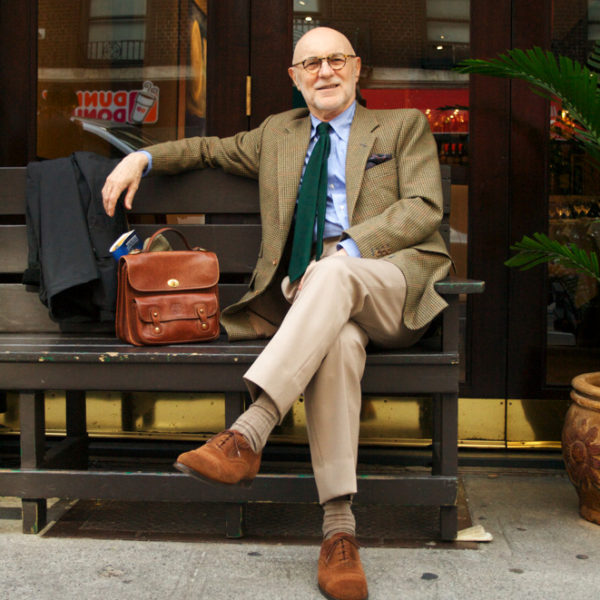 The Hogtown Rake has a nice interview with our good friend Bruce Boyer. Bruce shares his thoughts on style, how the world has changed since he wrote Elegance (which is celebrating its 30th anniversary), and his new book True Style (due out next week). An excerpt:

It seemed at the time that the 80s were the end of the “let’s-dress-any-old-way-we-want” era, yet that seems more true today than ever. Do you feel hope for the future of tailored clothes or is this current trend a last gasp?

This is the real question, and if I could answer it I would probably be phoning in this interview from a rather capacious mansion in the South of France. On a philosophical-sociological level, clothing has always been a way of showing one’s place in the social sphere, and I think that this will always be so. Even with saints and communists, some will want to look a bit better than others. But the slice of the pie of tailored clothing is very small today, every retailer is fighting desperately for a crumb of it. Further, the tailored wardrobe, as we know it — suit, shirt & tie, leather shoes — has had a long go of it, hasn’t changed much at all in 150 years, which is an incredibly long time when you consider what’s happened in science — think of transportation, medicine, technology — in those years. We can have a nice cup of coffee 50,000 feet in the air, and all the while be dressed the way we were a hundred years ago.

You have a separate chapter for “Italian Style”, but considering even Brooks Brothers is making short, tight and unstructured suits, is it fair to say styles are now melded and globalized? Is that a good thing?

Styles today are intermingled, they are hybrids because we have a global economy, because the internet is global, and because so many people travel regularly to other countries. It’s very rare today that a man will be devoted to one style, so rare that we may consider that man to be almost wearing a costume. Today most men’s clothing is a mix of British, American, Italian styles, with French, and Japanese flair. There are fine Spanish designers, Hungarian shoes, Chinese ready-wear. Once you’re aware that a suit may be designed in Milan from Japanese fabric, produced in a Chinese factory, and finished in Romania, how is it possible to talk about national styles? Fashion today, like it or not, has an international look. The days of business clothing having a distinct country-of-origin style seem to be over.

(photo via The Sartorialist)