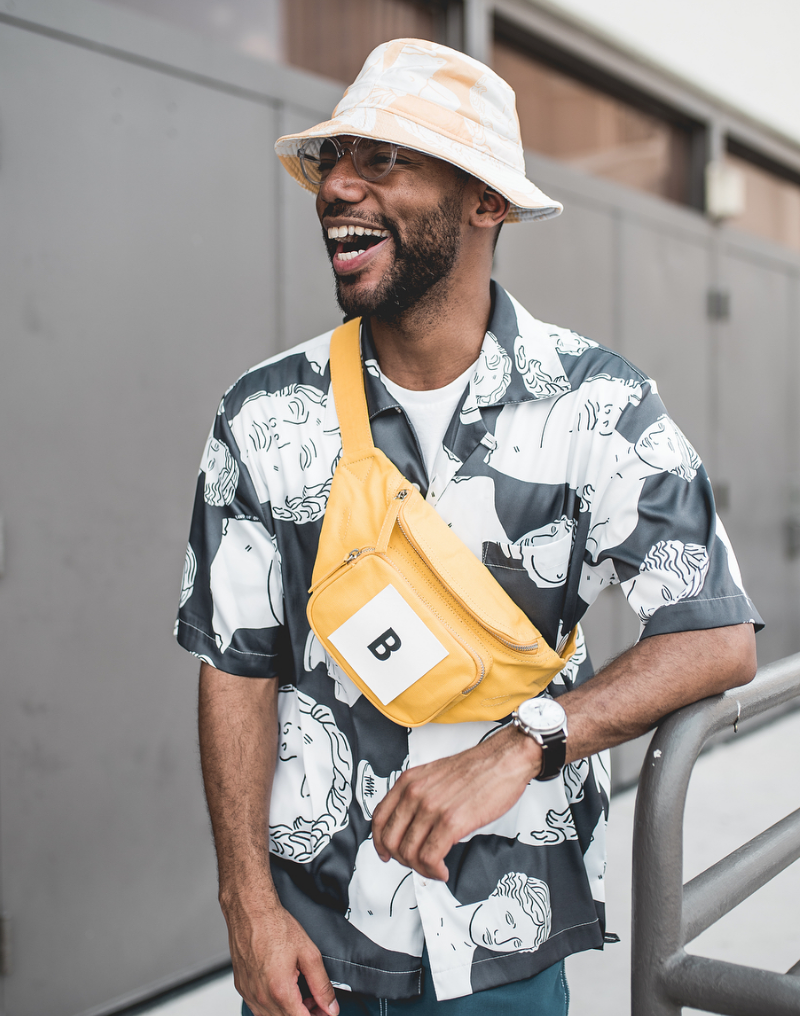 A hat from the Band of Outsiders.

If you’re looking in the mirror, wondering to yourself, “can I pull this off?” there’s a pretty good chance you’re considering some sort of dumb hat. Take it from me, a dumb hat enthusiast. I even subscribe to Dumb Hat Aficionado magazine. Well, I used to get it in print, but now it’s a hyper-exclusive weekly email newsletter. And a podcast.

To carry off a dumb hat, one of the main criteria is confidence, but even the most confident dumb hat wearer knows they have their moments of doubt. When I say dumb hats, I mean any hat outside the acceptable modern man canon of baseball caps and knit watch caps. So: flat/Ivy caps; formal, felt, brimmed hats; straw hats; berets/boinas; and any form of bucket hat. Every year someone claims that bucket hats are back, and let me just say: everything is back. If people are looking at you funny in your hat, it’s because it’s a dumb hat, not because it’s dated. 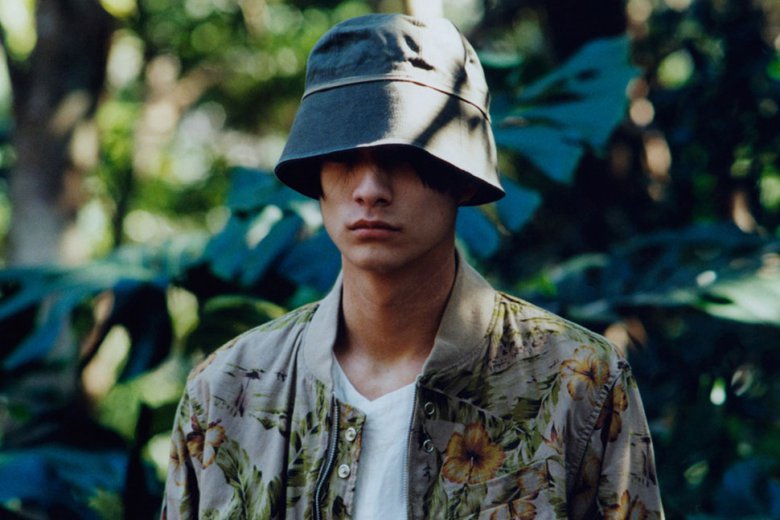 A “dixie cup” style hat worn brim down. This one is from Nepenthes.

“Bucket hat” itself covers a pretty broad variety of headwear. “Bucket” is pretty descriptive — these hats are going to resemble that basic, universal implement: a lipped cylinder open on one side. (Even that doesn’t cover everything–some “bucket hats” have paneled crowns more like baseball caps). Depending on the fabric, shape, and size and pitch of the brim, they vary so much as to barely be the same design. They fall, however, into a handful of useful, uh, classifications.

Any and all of these can loosely be called a bucket hat, despite distinctly different design purposes andss subsequent vibes. 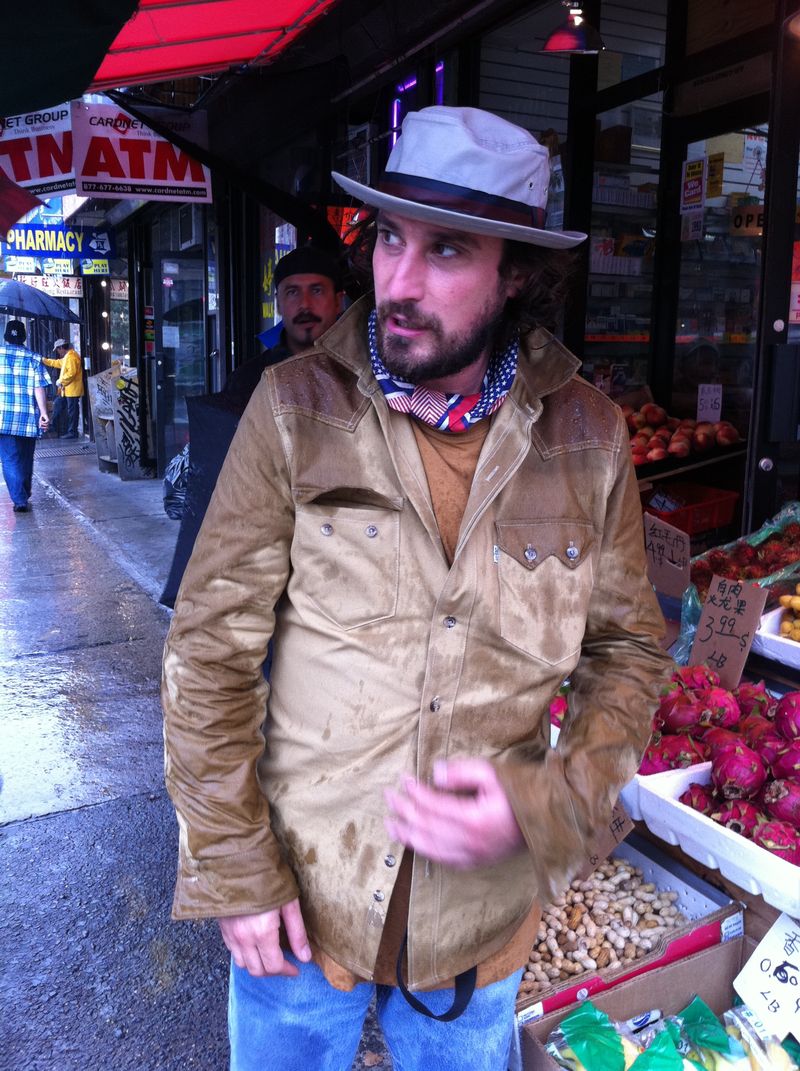 Mordechai Rubenstein of Mister Mort in a ribbon-trimmed, fisherman style that’s my preference.

Getting the Right Bucket Hat

Two reasons you might be giving yourself a long look in the mirror when trying out a bucket hat: their level of formality, and the challenge of sizing them properly.  Bucket hats are inherently informal, which in a way makes them more challenging to coordinate than other brimmed hats. Traditional brimmed hats are often easiest to wear with tailored clothing, straw hats with warm weather gear on the formal side, and western style brimmed hats with western-riffing items like denim or leather jackets. But buckets are too variable to pin down that way: they can be Ivy, can be 80s hip hop (or 90s), can be 90s British baggy. They’re generally sporty, but there’s no single ideal to point to, and committing wholly to one of the historical looks can come off as costume.

It can also be a struggle to get the right fit for bucket hats. Most are not numerically sized, so knowing your size in 59/50 fitteds won’t help. I see a lot of S/M and M/L split sizing, which is extra unhelpful. My advice is to try them on in person, or order only from places you can return if it doesn’t fit. You won’t know for sure until you try it on.

I asked bucket hat evangelist Jon Moy (of Four Pins, Complex, etc.) about his preferences for bucket hat fit. “I think the key is to make sure the crown of the hat really fits the circumference of your head, you can’t wear them like a jaunty beanie or fedora, in my experience.”

“I generally go with a classic bucket, I just don’t go for the really short brims, I like boonie styles too, my current favorite is a nylon Polo one, it’s just flimsy and floppy enough for me to plop on my head and forget that I look like a guy that drinks black coffee with fish filets at 7 in the morning.” 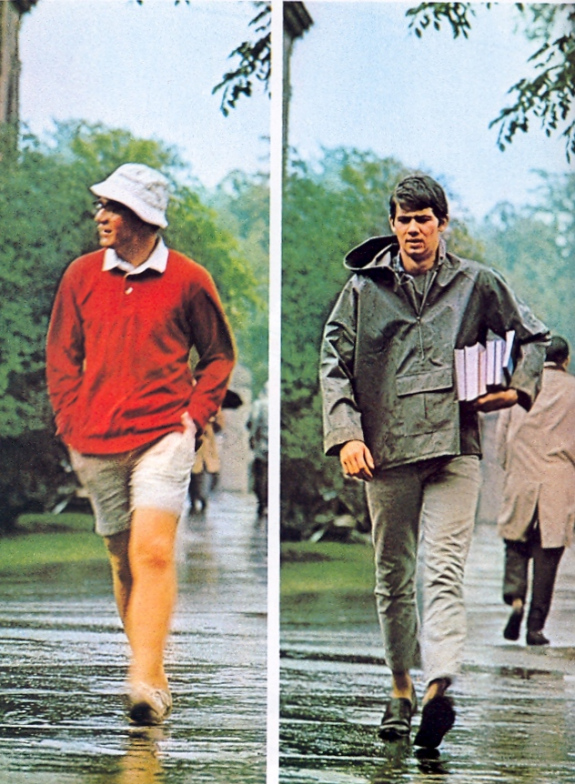 This Take Ivy image is the standard #menswear reference for bucket hats. Works with the rugby and shorts.

The market is flooded with bucket hats right now, driven in large part by a boom in luxury brand versions, often printed all over or otherwise heavily branded — not really my speed. My favorite was a J. Press ribbon trimmed fisherman style cap I bought nearly a decade ago, but I shrunk it in the wash beyond a reasonable fit, and that Brooks/Press version seems to have disappeared, except on ebay.

Some good looking caps to keep the sun off your head this spring/summer: 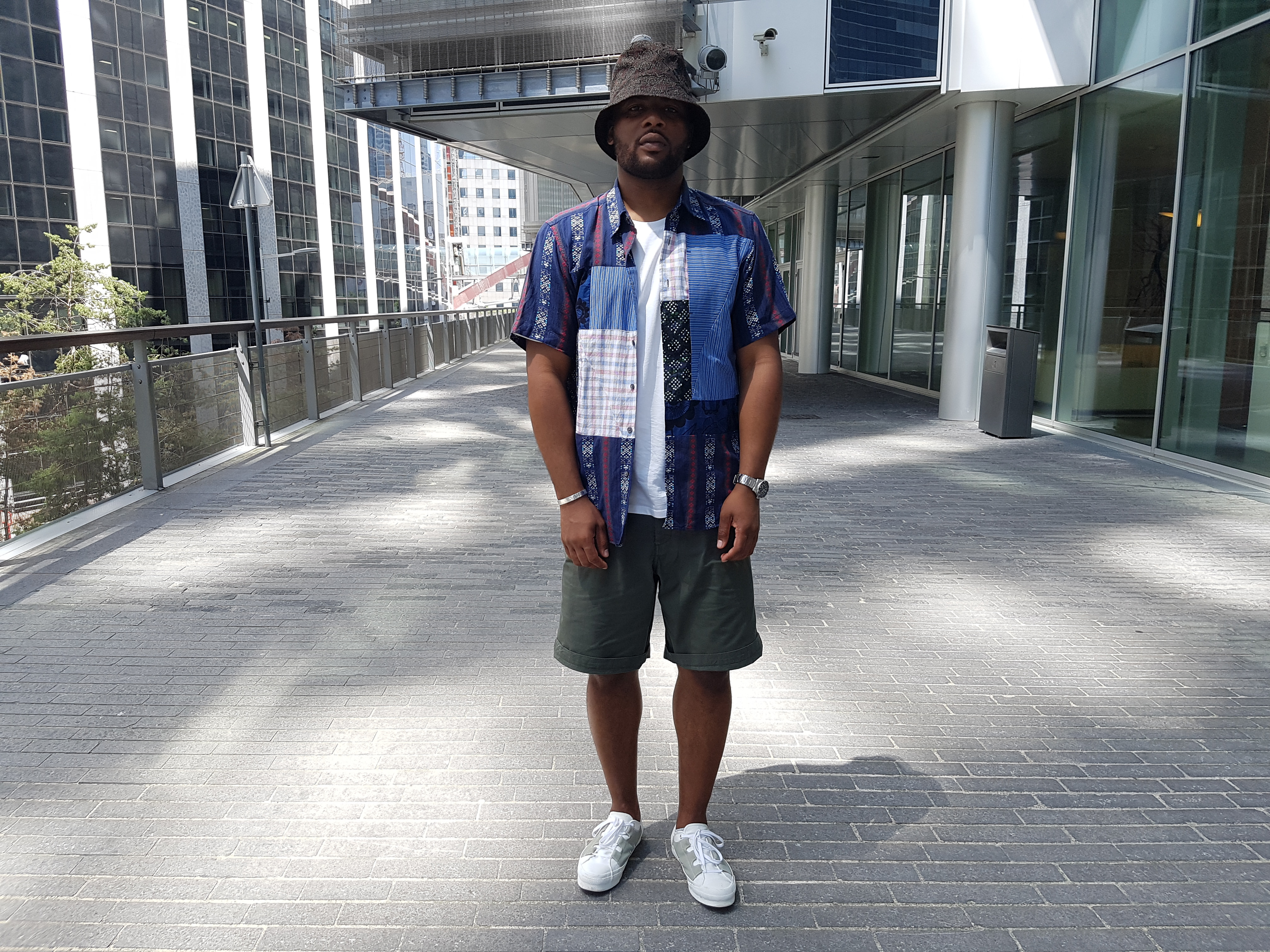