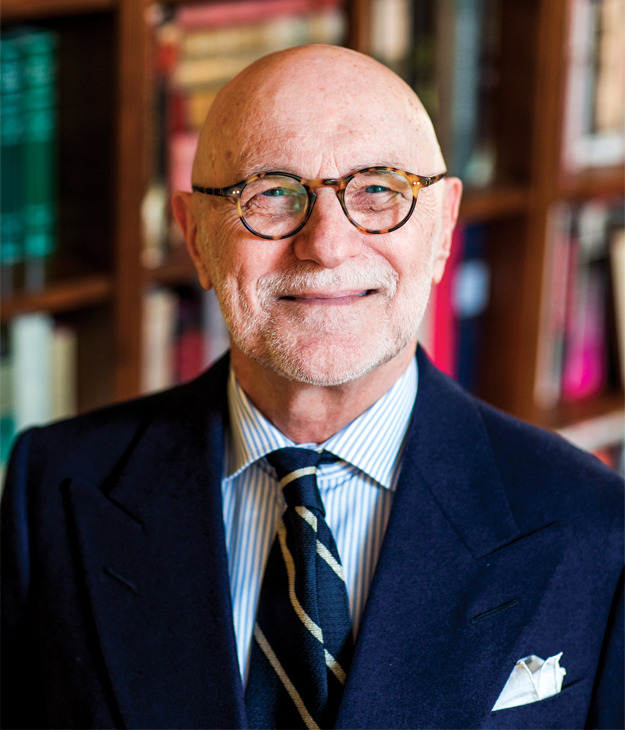 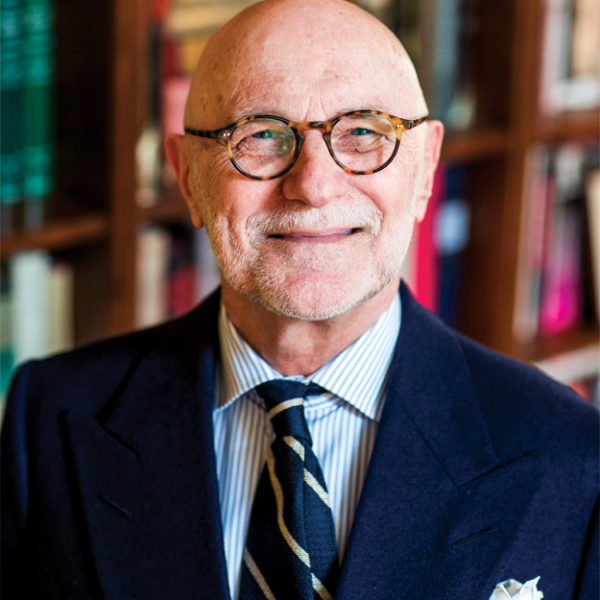 So Bruce, you’ve been a menswear writer since the ‘80s, and I wonder if you see men’s relationship to clothing as significantly different in the last five years or so from when you were a young man in the ‘50s and ‘60s.

Absolutely, the big difference has been the internet. When I started out years ago, the only way you found out about menswear was through magazines, but in the past ten years and more, blogs have proliferated. If I want to find out what’s going on, I look at blogs. So many young guys know more about clothing, I find it harder and harder to keep up. So I take one step ahead by taking two steps backwards – I keep going further and further into my past to mine the history of menswear and get at the history of it.

I wonder if the lack of consensus on how men should dress changes the way that men dress – particularly in the way that men define themselves through dress. You wrote a book called Rebel Style and it’s hard to imagine what rebel style is in 2016.

Yes, I think all of those categories used to reflect a lifestyle. You know the guys who wore motorcycle boots and black leather jackets, they actually rode motorcycles and belonged to Hell’s Angels. It doesn’t constitute a lifestyle anymore; it constitutes a pose. So I think I know what the bloggers talk about with regards to the difference between “Ivy League clothing” and “preppy clothing.” Ivy League clothing was the lifestyle dress of the elite WASP establishment; preppy clothing is the designer version of what Ivy League was. You wear it as a costume more than a lifestyle, don’t you think?

Yeah, but it’s also something that in the last twenty years can be worn either purely aesthetically or as a message that essentially subverts its establishment roots. Which is something that wouldn’t have been available in 1965.

I think both of those are true. I like the diversity of it all, so I really don’t care too much if there’s a great deal of authenticity behind it. I’ve kind of always been opposed to uniforms and up until the 1960s, that’s what guys wore at big corporations – a dark suit, white shirt, discrete tie and black lace ups. Now we don’t need that as much and I liked the diversity a lot better.

Is wearing tailored clothes a realistic lifestyle choice for a young person? Someone who works in an office where they’re not a lawyer or a banker and their not surrounded by people in coats and ties.

I know a public radio audience reasonably well. We go out on the road and do shows, so I know that a lot of people are thinking “clothing is functional for me, I buy affordable clothing that will cover my body, will protect me from the elements and will be comfortable.” Why does it matter to do more than that?

As a bald statement, that’s perfectly true. But, you know, you could live on boiled potatoes, too. Why would you go out to a nice restaurant? Why would you do anything? Yeah, you could just wrap a rubber sheet around yourself and that takes care of the functionality of things, but there’s more to life than just eating bread and living in a cave. So it’s not just functionality at all, we have needs that go way beyond that.

The fact is that the impression you make is important. You know, your sense of humor, your sense of manners and etiquette, the way you look – it’s kind of the opposite of the people in the fashion business who absolutely think that fashion is a cure for cancer, when of course it’s nothing of the kind. But there’s that fine line. It’s both more important than a lot of people think, but it is but it’s less important than the fashion community thinks.

How do you feel about capital-F fashion: fashion as art and aesthetic exploration?

I’m probably not the best person to ask about that because I’ve never really been a fashionista in any sense of the word. I do have some general principles. I would say simplicity is usually a virtue, and buy the best you can afford and keep it forever. I’m also a not one for sacrificing comfort for fashion, so all in all I’m a classicist and conservative. I’m not trying to make people spend a lot of money, which is what most fashion magazines are about. I mean, fashion magazines, the whole modus operandi is: burn your old wardrobe and buy this new stuff. I’ve always been the opposite.

Step two is the ascot, right?

You’re taking advantage of me now. Because I started my latest book, True Style, with a chapter on ascots and everybody says to me: “ascots, Bruce? C’mon. What are you, living in the 19th century?” I think I shouldn’t have said “ascots,” I should’ve said “scarves.” My point was that a lot of guys don’t know what to do with their necks and some guy’s necks are okay and some are not. And I think there’s something you can do with your neck instead of leaving it to hang out there while everything else is nicely upholstered. If you don’t want to wear a tie, that’s okay, but a nice scarf at the neck is wonderful. You know the whole French nation is built on the idea of a scarf at the neck, Jesse.

Well Bruce I’m so grateful that you took the time to come be on Bullseye, it’s always great to get to talk to you. Thank you, Bruce.

Are we finished? I had about 8,000 more things I wanted to talk with you about.

Bruce Boyer is the author of True Style, among many other books.