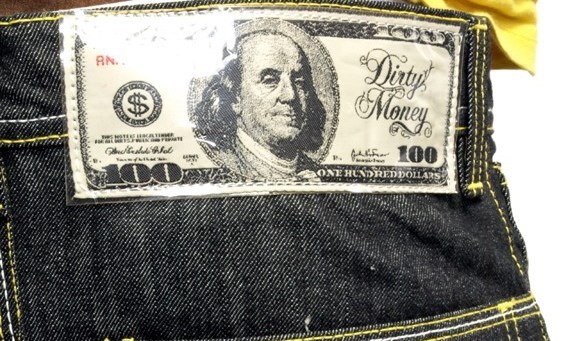 Well, you can certainly try to sell it. For Quartz, Marc Bain dissects the neuroscience of “coolness” and how fashion brands endeavor to exploit how your brain decides what’s cool and what’s not. Bain quotes neuroscience researchers Steven Quartz and Anette Asp:

“Cool turns out to be a strange kind of economic value that our brains see in products that enhance our social image… This abstract good—social approval, reputation, esteem, or status—plays a central role in our motivation and behavior, and it is the currency that drives much of our economy and our consumption.”

The conclusion to draw is that if you perceive that a good will make you cooler, your brain will want you to acquire it. Bain and the researchers use the post World War II rise of jeans as an example of coolness detached from other signifiers of social value like pure wealth. Jeans may mark one of the turning points when it became more socially valuable—cool—to be seen in clothes that didn’t connote wealth at all, versus the general way fashion trends had disseminated previously, from the highest social strata on down.

Coolness remains ephemeral, though; Bain suggests what every middle school kid knows—that once something cool is everywhere, it’s no longer very cool.