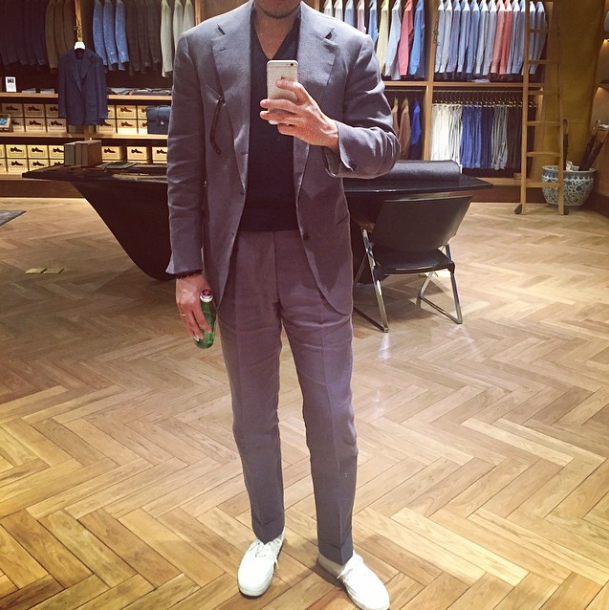 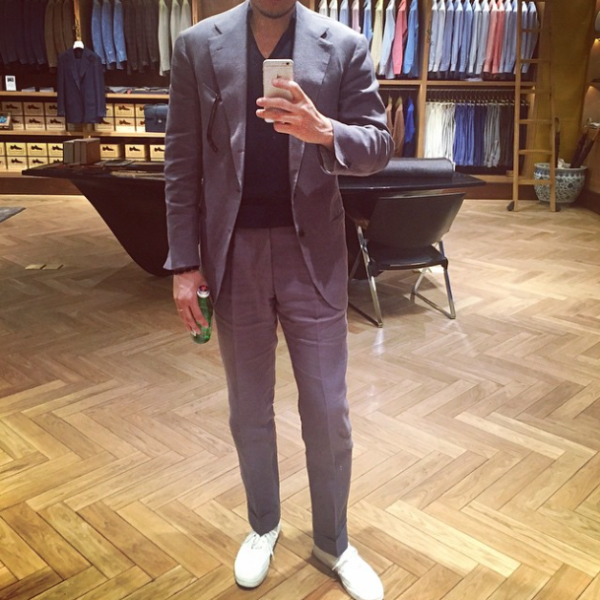 Classic men’s clothing is so full of rules, but sometimes you just have to dress by your eye. George in Beijing (who’s also known as maomao on StyleForum) is wearing a hodgepodge of things here that would rankle many traditionalists. The grey linen suit – which is an odd color for linen – is paired with a navy t-shirt, white canvas sneakers, and (gasp!) even a bracelet. Not terrible traditional all around, and yet – he looks great.

I also really like the cut of his suit. The three-two roll, single-breasted jacket is refreshingly full and long by today’s standards, but rather than look sloppy or old-fashioned, it feels young and rakish (possibly because it’s teamed with a pair of slim, flat-front pants). Additionally, the straight-cut, slightly wider lapels, along with the extended shoulders and full chest, give George a sort of panache that’s uncommon these days. More 1980s Armani than 2015 Pitti Uomo.

Incidentally, George just opened a high-end Italian menswear shop in Beijing called BRIO (Italian for verve or spirit). He carries labels such as Sartoria Formosa, Liverano & Liverano, Valstar, EG Cappelli, and Stefano Bemer. Worth stopping by if you’re in the area.