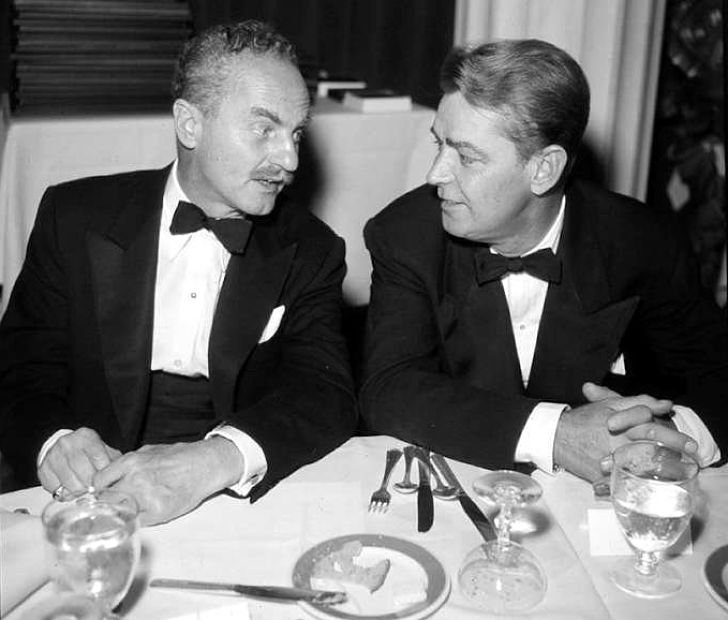 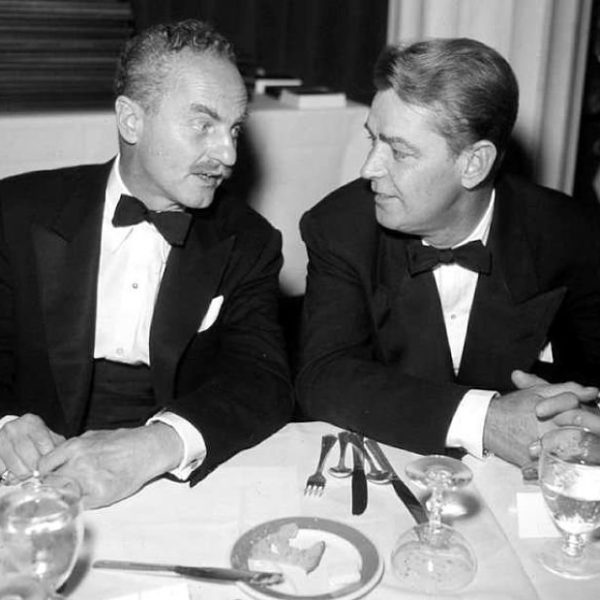 The Black Tie Guide moves forward with an argument for the traditional items that many in Hollywood forgo now in the tuxedo ensemble.

With black tie rules being constantly relaxed in the modern era, men often jettison two classic parts of the tuxedo in favor of contemporary trends: the bowtie and the waistcoat or cummerbund.

Picking which bowtie to buy is simple: it should be black and it should match the fabric of the facings of your jacket’s lapels.

Avoid wearing a colored bowtie, as it will distract from your face and the whole point of the tuxedo is to frame you face. A bright bowtie will immediately ruin the entire effort the tuxedo makes on your behalf. There is a reason it’s called “black tie”, after all.

The purpose of a waistcoat or cummerbund is simple: it hides the awkward transition between the edge of the shirt’s bib and the waist fastenings of the trousers. Waistcoats have the additional advantage of discretely covering one’s braces (a.k.a.: suspenders). If one is wearing a shirt with studs, it’s especially advisable to wear a waist covering, as most men should only display three studs on their shirt.

Despite what you might read in men’s “style” magazines, covering the waist does have purpose and a tuxedo is incomplete without the waistcoat or cummerbund (unless, of course, one is wearing a double-breasted jacket, which would make these coverings redundant).

Which should you choose? This depends on several factors. Waistcoats look better with the more formal peaked lapel jacket. Formal waistcoats button low and have shawl lapels and a very exposed chest compared to most waistcoats you’ll find with three-piece suits. A lot of modern versions will also be backless, which is nice for warmer weather.

The downside is that unless you can buy the waistcoat with the tuxedo – its fabric should match the fabric of your jacket and trousers – then you’re probably better off going with a cummerbund.

If you’re wearing a shawl collar tuxedo, then the cummerbund is the natural compliment. The cummerbund’s origins come from India, where British officers wore it as an alternative because of the heat.

Cummerbund fabric should match the facings of your jacket’s lapels, meaning they will likely be satin or grosgrain silk and match your bowtie.

As for where to buy these items, I recommend buying your bowtie and cummerbund together from the same place – not separately – so the silk fabrics will be the same.

The most affordable set I’ve found is from the Fine & Dandy Shop, which sells a satin bowtie and cummerbund together for $75, which are made in the U.S.A.

Of course, on the high end you have Ralph Lauren and Drake’s of London, which can also be found at A Suitable Wardrobe’s Store. The Drake’s one is especially neat, as it has a hidden ticket pocket built into it.

Regardless where you decide to buy your bowtie or cummerbund, just remember that bowties ought to be self-tie (you wouldn’t wear a clip-on necktie, would you?) and that cummerbund pleats should face upward.