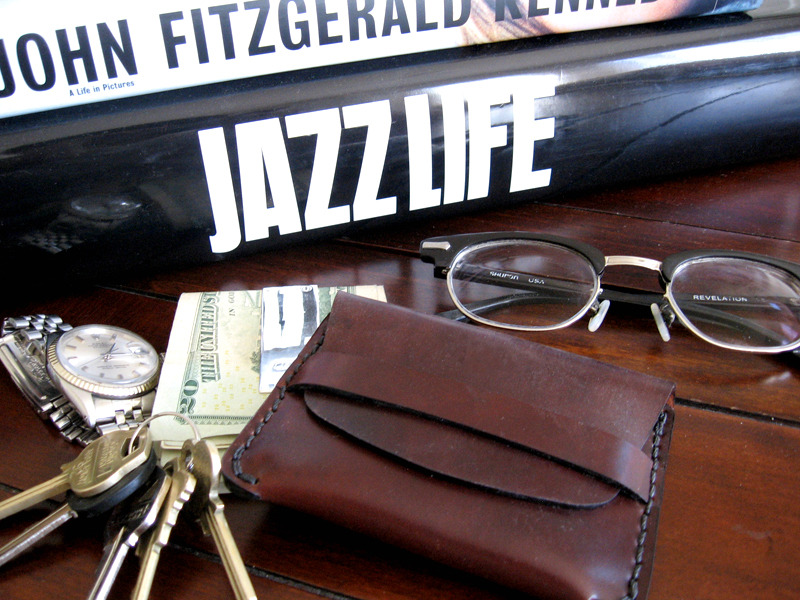 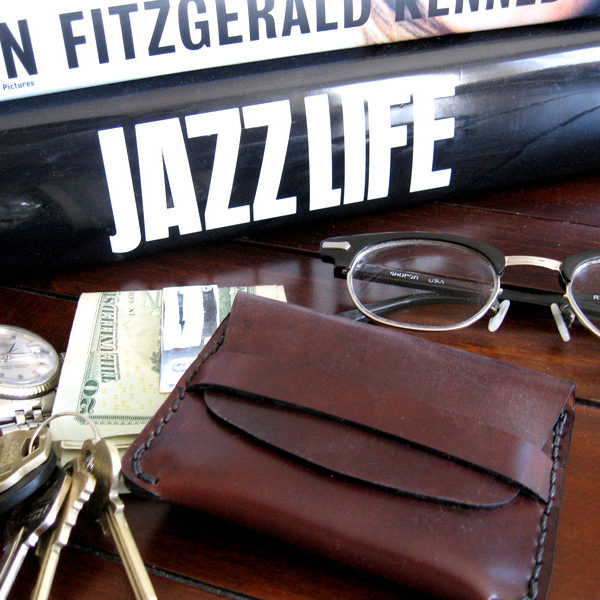 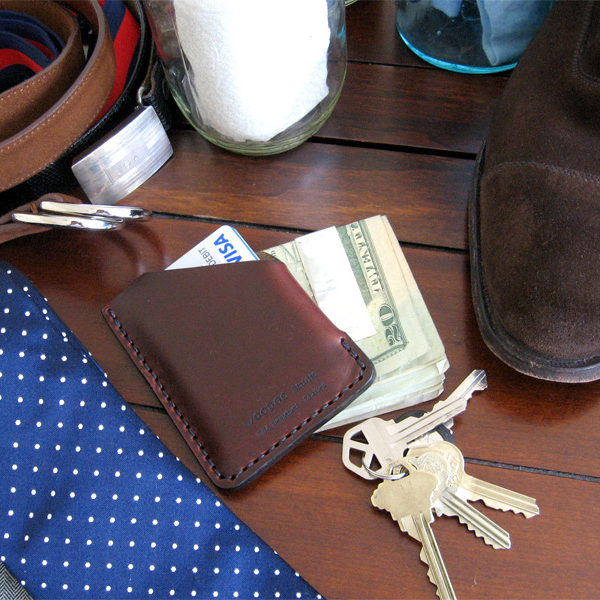 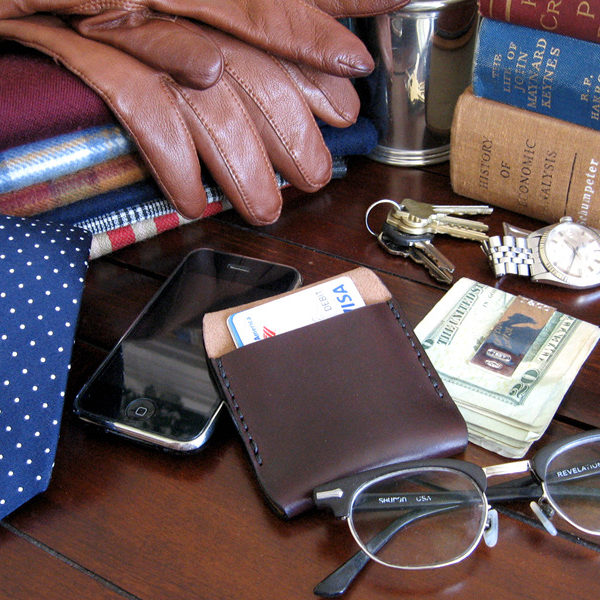 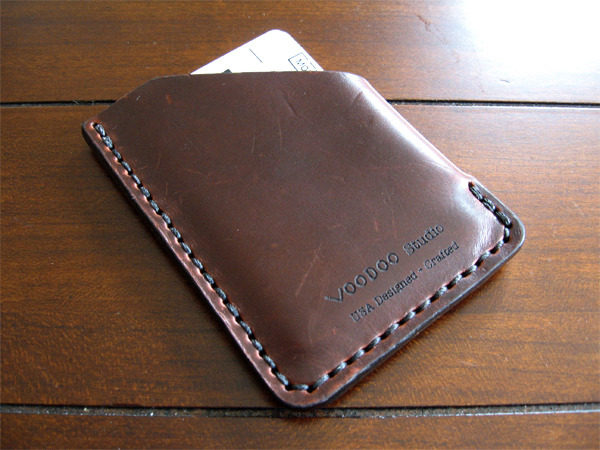 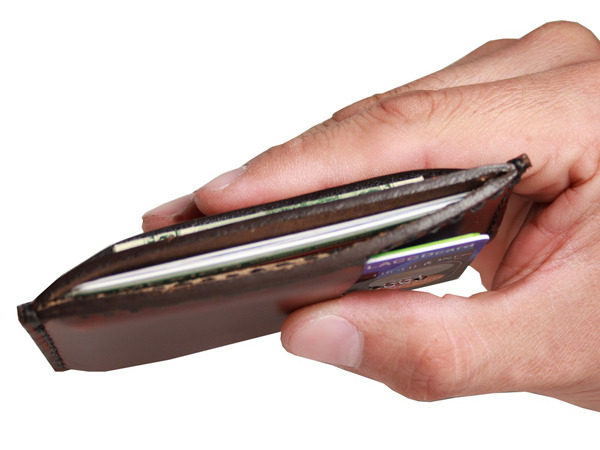 View of 3 pockets in Dual Side Wallet 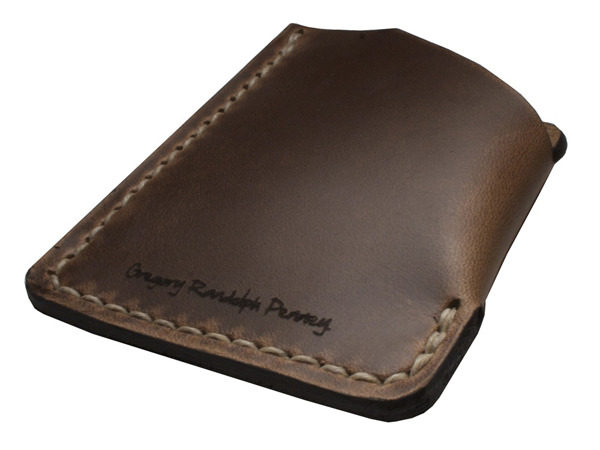 I know I’ve complained about how bloggers abuse superlatives. Everything is either epic and grail, or an essential that no man should go without. I’ll try to refrain from using those terms, but I’m genuinely really excited about this announcement.

So a while ago, I wrote about VooDoo Studios, a leather goods company that I found while searching for a cheaper version of Makr’s angle wallet. The company really impressed me. VooDoo Studios was making handcrafted wallets out of Horween leathers, and selling them for about half the price that their competitors were. The family behind the company has twelve years of professional experience working with leather, so I had faith in the workmanship. By all accounts, it was the same beautiful, high-quality wallet that their competitors were selling, but instead of charging $80, these were $35. Yes, $35 for a Horween leather wallet, completely handmade by people who have been doing it for over a decade.

After I excitedly contacted the company about doing a story on them, they nicely offered to send me three of their wallets to try out. I’ve been meaning to rotate through them, so that I could do a fair review on each, but I admit that I’ve been so smitten with the angle wallet that it’s gotten a bit more use than the others.

I especially like the angle wallet they sent me not just because of the design, but also the material: horse front leather, which is taken from the horse’s hips, just north of the horse’s rump (where shell cordovan is from). As I wrote earlier, I find horse front to be the “poor man’s shell cordovan.” It has a lot of luster and depth in the color, like shell, but to a lesser degree. It’s also very dense and a bit waxy, again like shell, but it doesn’t resist scratching or scuffing in the same way. Still, I like it much better than calf. When you touch it, you just get a sense of richness in the leather (though, of course, Horween’s calf leather is pretty damn amazing as well). The wallet has been wearing beautifully and I’m very happy with it. Of the various “menswear items” I own, this is one of my favorites.

There was one thing that I didn’t care for though – the name of the company and logo on my wallet. For the amazing price point, however, I was willing to live with it. Still, I decided to give some constructive feedback to the company, and to my absolute surprise, they’ve been very open to my suggestions.

So … I have some announcements.

I’ll admit, before these changes, I was still hoping to maybe upgrade to a Bottega Veneta or Ettinger wallet one day.  The new changes, however, make Chester Mox my favorite wallet company. The whole idea of having my initials being handsomely put onto the wallet, instead of a company logo, is just really, really cool. And you really can’t beat the prices. I’m already thinking about getting one for a friend’s upcoming birthday.

As a thanks to me for helping them out, the company is offering readers here a special discount. You can either get free shipping or free personalization with your order if you mention my name (Derek Guy). Just email the company after you’ve placed an order and they’ll adjust your final price. Check out their website and see which models you like.