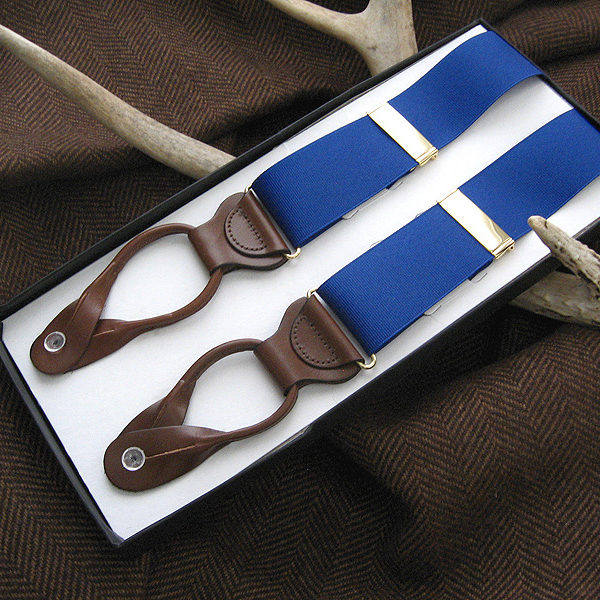 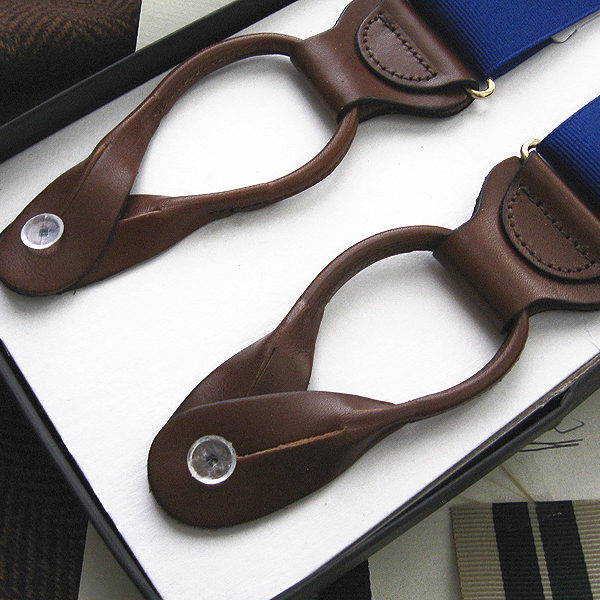 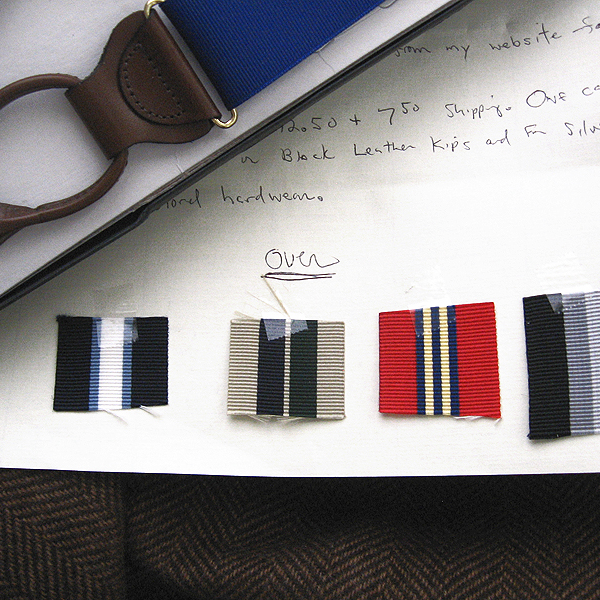 Our friend Paul over at Winston Clothiers/ Chipp2 recently added suspenders to his small, but growing, line of men’s accessories. These are made from tastefully striped or solid grosgrain silks, leather fittings, and metal hardware. The price is $42.50, which –- much like the price of his handmade grenadine ties -– is a lot lower than most of his competitors. And, like those ties, these are made in New York City.

There are a few things you need in order to wear suspenders, however. Most obviously, you need the buttons on the inside of your waistband in order to attach the leather bits (these often come standard on high-end trousers, but can be added by a tailor if you don’t have them). You also need something cut with a mid- or high-rise (do not wear suspenders with low-rise pants).

You can order Chipp2’s braces at their website or at their store at 28 West 44th Street in New York City. If you can do the second, I’d highly encourage it. Paul is a wonderful man, and an absolute pleasure to talk to. If you allow him, he’ll tell you all sorts of great stories from the heyday of Ivy Style (his father founded Chipp in the late 1940s, after starting his career at J. Press. In his time, he became famous for his madras jackets and for being one of John F. Kennedy’s tailors. You can read about some of this company history at the blog Ivy Style).

Note: Chipp2 is going to be an advertiser with us next month, but our advertising and editorial processes are separate. Besides, we’ve long written about his business and have always liked what he does.