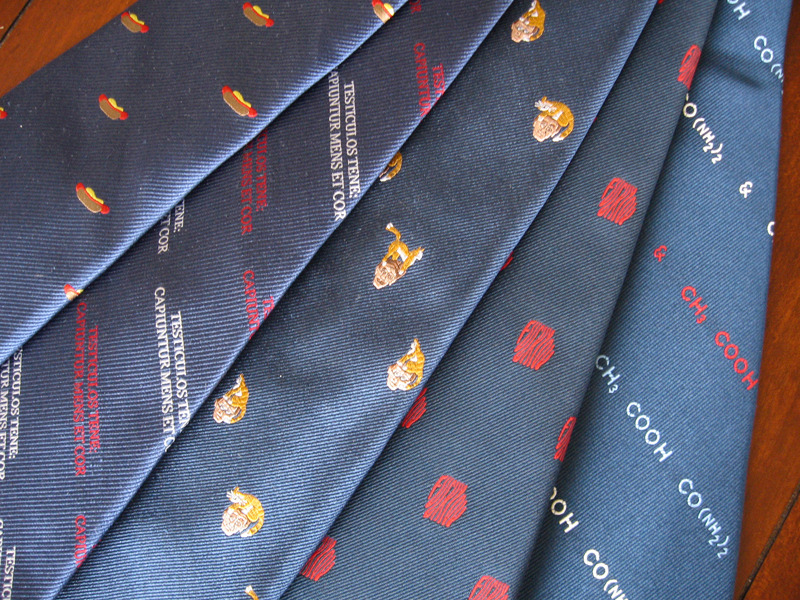 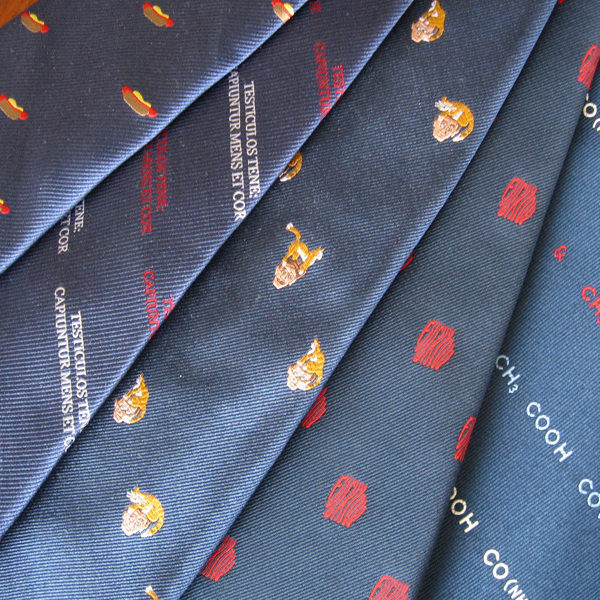 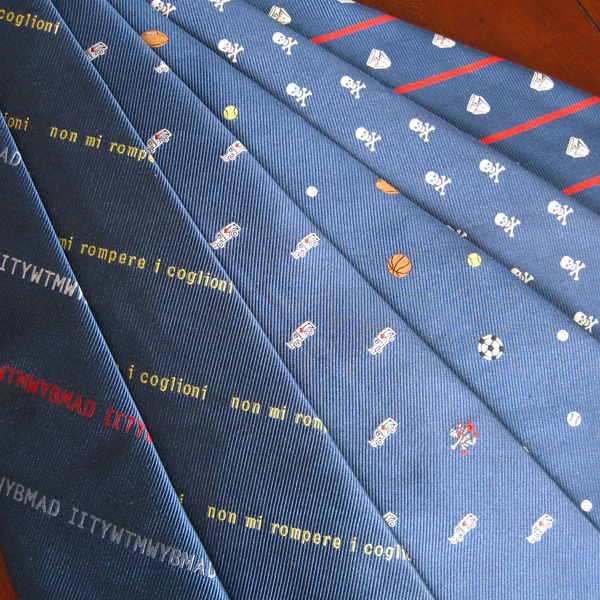 Paul Winston over at Winston Tailors and Chipp2 recently shared with me some of his “conversation pieces.” He’s the author of the designs and has been making them for years. They’re rather legendary, in fact, among fans of the “Ivy League look."

Each of the designs has a double meeting. Some are subtle; others are not. I thought I’d share a few with you, just for kicks.

The next one is a bit vulgar, but I thought fairly clever. It’s for the man who has nothing on his mind but … well, you know. For the last two, one says FU (spelled out) and the one on the far right is the chemical equation for piss and vinegar.

Bottom photo: IITYWIMWYBMAD? If you’re asked what this means, you can hesitate and then ask, “If I tell you what it means, will you buy me a drink?” I know, terrible, but I laughed. Next to that is “non mi rompere i coglioni,” which is for the Italian expression “don’t bust my balls."

The last four have mostly straightforward designs – there’s the ambulance chaser, a skull and bones tie, and something for jocks (the jock strap actually looks like a crest, if you’ll notice). My favorite out of all these, however, is probably the one with the sports balls. When Paul originally ran this in his tie catalog, he called it "The All Sports Tie.” It didn’t do too well. He told his father how disappointed he was, and his father said it was because he gave it the wrong name. “That’s not the ‘All Sports Tie,’” his father said. “That tie is ‘A Lot of Balls.’”

It then sold out.

Personally, I’ll stick with his grenadines, but I can’t say that I didn’t get a good laugh out of these. Should you want one, you can contact Paul at his store.