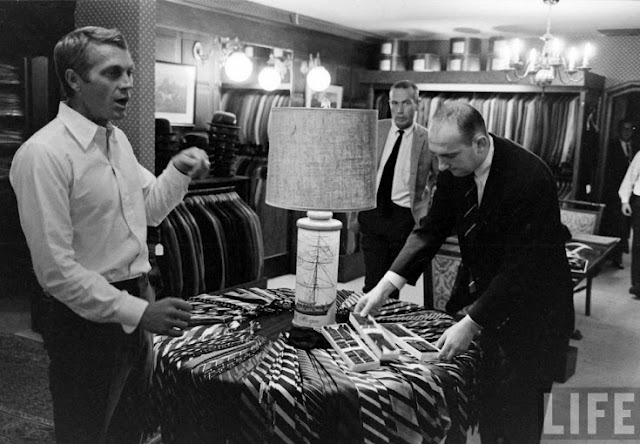 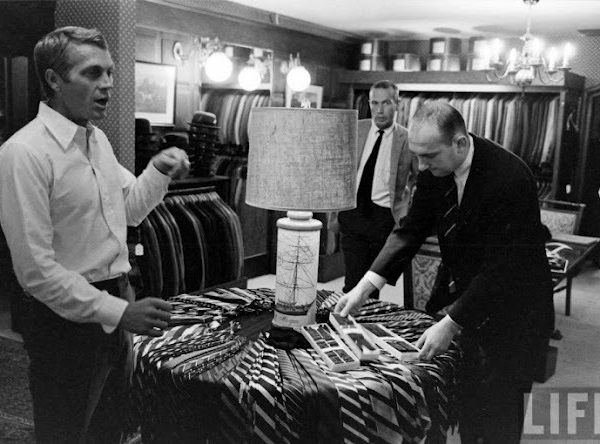 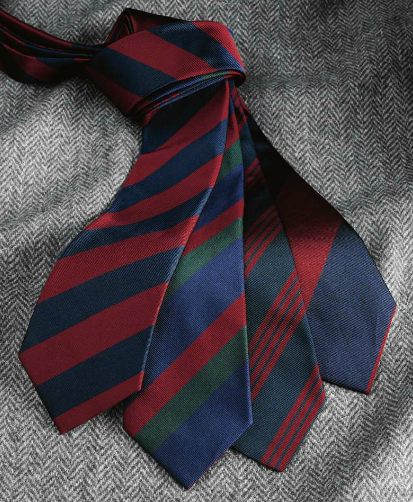 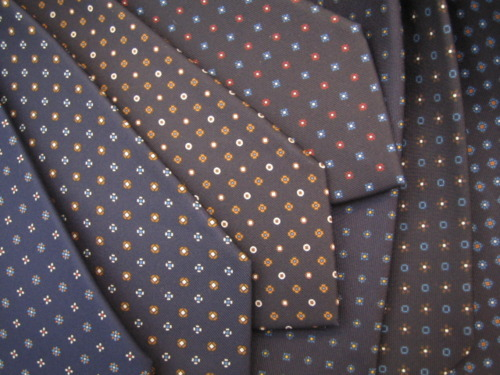 There are a number of things you should consider when choosing a tie: the kind of outfit you’ll be wearing, the environment you’ll be in, the time of day, the season, and perhaps even the weather. Some of these should be intuitive. For example, a brightly colored tie is obviously less serious and somber than a dark one. Thus, it should be worn in the morning, in the summer, or to casual events. Similarly, a dark woolen tie might be better for cloudy, casual days in the fall or winter, or maybe when you’re in the country, while a dark, quietly patterned, heavy silk twill would be better for business offices. The general principles here are simple: bright or light colors, matte materials, and bold patterns are casual; dark colors, shiny silks, and conservative patterns are more formal.

Other things are slightly less intuitive. For example, a printed pattern may be considered slightly more formal than one that has had its pattern woven in. Take a navy silk twill, for instance, with a small repeating floral pattern. If the pattern is printed on, it can be used for business meetings. If it’s woven in, the subtle texture might make it more appropriate for cocktail parties.

You should also consider the pattern type. To my mind, stripes look more at home with sport coats and blazers, and are best worn in casual work environments such as college campuses. On the other hand, a tie with a small repeating pattern, such as the floral or figured patterns you see above, are probably better with smooth, worsted wool suits, the kind you’d wear if you were working in law or finance. In other words, a dressier tie for a dressier ensemble.

Of course, these aren’t hard and fast rules. Some Macclesfield neats (a term sometimes used for ties with small repeating patterns) can be worn with sport coats, and a repp striped tie can sometimes be worn with the right suit and shirt for a very American look. Moreover, some events call for their own ties altogether. In my opinion, the best ties for weddings include black and white glen plaids or Shepard’s checks. Despite being a bit bolder in its pattern, they look very tasteful with a white shirt, navy suit, and black oxford shoes. In the end, you should judge what works with your own eye and intuition. That’s what makes choosing the right tie more of an art than a science.