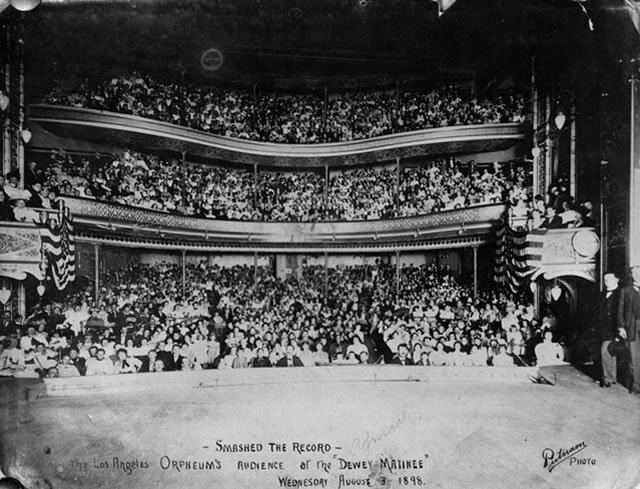 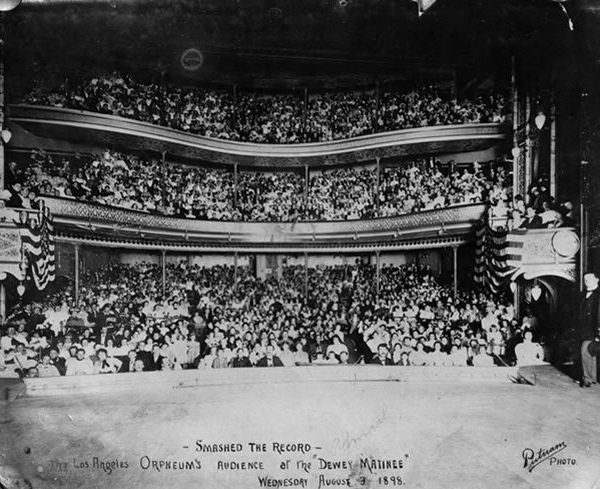 At the Movies with Anil Dash

At least in my quiet corner of the internet, all anyone’s talking about today is superblogger Anil Dash, and his defense of people talking during movies. Or maybe his assault on authorial intent and the film-going experience. Or maybe something else entirely. I’m fascinated by the debate Anil has generated, and it’s got me thinking about clothes.

Yes, Anil Dash says that maybe movie theater shushers and “put that phone away”-ers and the like are over-reacting. But he isn’t just saying that.

Dash’s article argues, essentially, for cultural sensitivity. Specifically, it argues for sensitivity towards the differing expectations people have about behavior in movie theaters. He recognizes that patterns of behavior – like being quiet rather than vocal and excited in a movie theater – are cultural constructions. They aren’t a Jesus’ words in red-style matter of Truth, but rather a loose agreement between a group of people that can vary quite widely even within that group. Add in people from outside the group, and you get a lot of trouble.

The tricky bit, of course, is that each of us take our own assumptions to be “normal.” For some people, for example, eating pork is a disgusting act. For some people, the pig is the perfect food. Each thinks their own idea is a natural Truth that reflects the obvious way of the world.

Dash uses the example of filmgoers in India, his ancestral homeland. Anil writes: “Indian folks get up, talk to each other, answer phone calls, see what snacks there are to eat, arrange marriages for their children, spontaneously break out in song and fall asleep. And that’s during weddings!”

Dash’s argument isn’t that all movie theaters should be like Indian weddings. He’s all for the Alamo Drafthouses of the world, where shared cultural standards support quiet and contemplative viewing. But he further argues that given the huge portion of people – in the US and elsewhere – who prefer their movie going raucous, maybe some of the shushers should shut up with the shushing.

There’s one further layer to this thing, as well: power. The truth is that here in the United States, folks like me (moneyed, white, male) have power every which-a-way. Economic power, political power, and most importantly cultural power. These things add up to something called cultural hegemony. That’s the combination of that power with “norms” that privilege the cultural expectations of the powerful over those of the less-powerful.

In this case, roughly speaking: rich people and white people are more likely to expect quiet theaters. Poor people and brown people are more likely to expect a lively atmosphere. A billion Indians, apparently, “do not give a damn about what’s on the screen.” White people think they’re normal, and because they have power, they’re rarely confronted with other people’s ideas of normalcy.

Of course there are also capital-t Truths in the film-going experience somewhere. It’s fun to laugh with others for all humans, I think. The filmmaker has some kind of intent, whether you value it or not. That kind of thing. But most of the film-going experience is personal, informed by culture, not about some natural law. So Anil asks us to think about those things when we sit down to watch Pacific Rim. (Which you should, by the way; really fun movie.)

All of this brings us, finally, to clothes.

Sometimes folks email me asking why I defend, say, people sagging their pants, when I so clearly prefer to wear a coat and tie. Or why I believe so strongly in men wearing a suit to attend a wedding, when it’s what’s in your heart and prayers that counts. Basically, they ask why I seem to love traditional clothing so much, but so vociferously defend people’s choices that defy it. (Except square toed shoes, pretty sure the Higher Power is with me on those being awful.)

The Power & Value of Cultural Tradition

Clothing is an almost purely cultural construct. There may be a few Truth inputs in clothes – like a biological attraction to men who look like they can reproduce well, a need to protect the body from the elements, maybe a brain chemical preference for color combinations from nature – but everything else is, for lack of a better phrase, “made up.”

There is some value to this. In fact, I’ve written here defending this value.

The clothes you wear can communicate a message only if you and those you interact with have a shared grammar. That grammar is a shared culture. I see tuxedo, I think: formal. I see flip-flops, I think: eww gross. (Maybe the second one isn’t as good of an example, but you get the drift.) Clothes aren’t quite a language, they’re not specific enough, especially in a place full of immigrants like my home country. Maybe clothes are more of a trade language, like Swahili. Everyone comes to it a little differently, but you can usually get your point across.

The clothes you wear, when worn according to cultural tradition, can also create beauty. An aesthetic framework like, say, the traditions of menswear, helps us organize and process what we see, and makes beauty happen in our brains. It’s like a sonnet – the form gives power to the content.

Those are wonderful values of a shared system of clothing. A Swahili of how we dress. Great stuff.

But “traditional menswear” also has its roots in hegemony. It’s about the cultural values of the great European powers, especially England. It’s about wealth and white people. It carries that with it no matter where it goes.

So the question then is: when you dress that way, what are you wearing? And when someone else doesn’t, what do you do with that?

You Can Have Super Powers

Here’s my suggestion: getting dressed is a deeply personal act. Personal in that it reflects our most intimate values, but also our personal relationship with the world.

If we can understand that, it gives us two super powers.

The first is the power to make our own choices about how we present ourselves in the world. To use what’s useful about all these cultural values and traditions and so on, and leave aside what isn’t. For each of us. Personally.

The second is the power to be empathetic towards others’ decisions. To understand that the truth as seen through our eyes isn’t absolute, it’s reflective of our values. And that other people have different inputs and may come to different conclusions.

Getting dressed is different for all of us. “Traditional Menswear” has different value to Andre 3000, or to Ralph Lauren, or to Hardy Amies, or to me, or to my colleague Derek, who wasn’t even born in the West. But if we can approach the subject with sensitivity and empathy, we will dress better, and be better men.