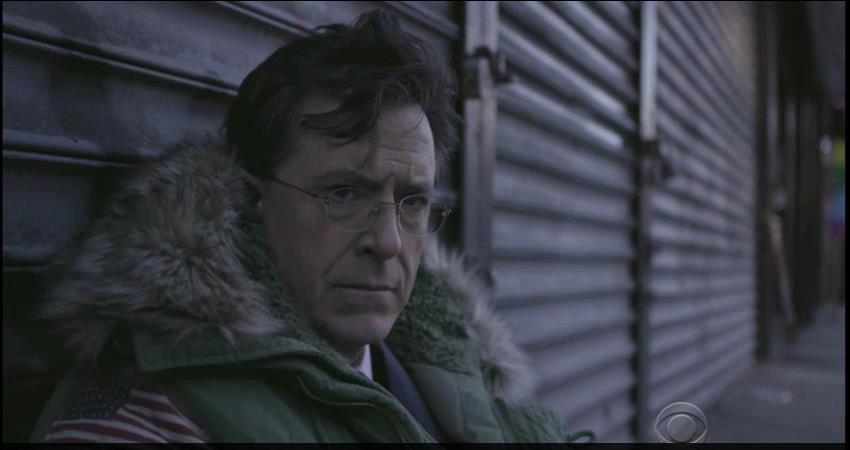 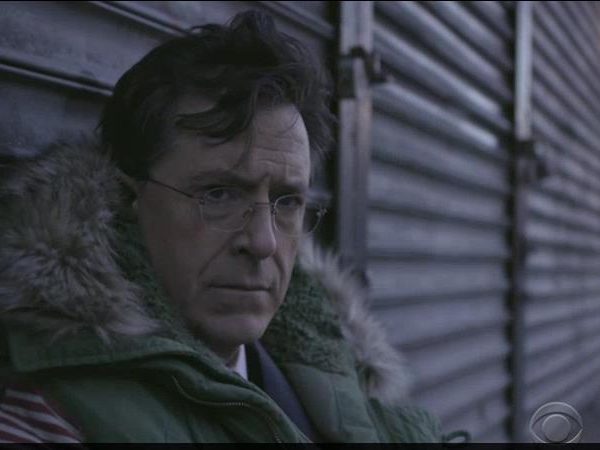 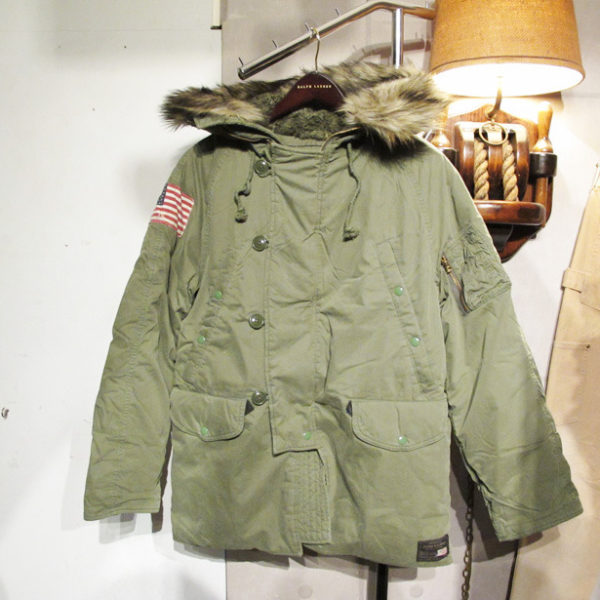 Monday’s Late Show with Stephen Colbert featured a typically oddball filmed segment from director Spike Jonze, in which Colbert wakes up in Central Park, finds himself emotionally disconnected from people on the street, and is consoled by Grover, who leads him to the Late Show set. It’s a cool little vignette that combines the talents of 2 of my top 10 dudes ever; 3 if you count Grover.

Naturally the first thing I thought (after “I can really identify with his ennui”) was “Colbert’s wearing a sick parka.” I like the N3B/snorkel parka style–we covered it in our field guide to field jackets awhile back. This one appears to be a designer take–a Denim and Supply Ralph Lauren model that’s still available in black and navy from RL ($180 on sale). There’s one on Yoox in red. I especially like the matte fabric vs the typically shiny flight satin nylon often used for N3B. The RL version looks quite warm, is down filled, and features a pile-lined/ (faux) fur trimmed hood. I even like the worn American flag detail on the arm–some people are reasonably reluctant to wear surplus that’s been marked for use in military service. More options for N3B style parkas: