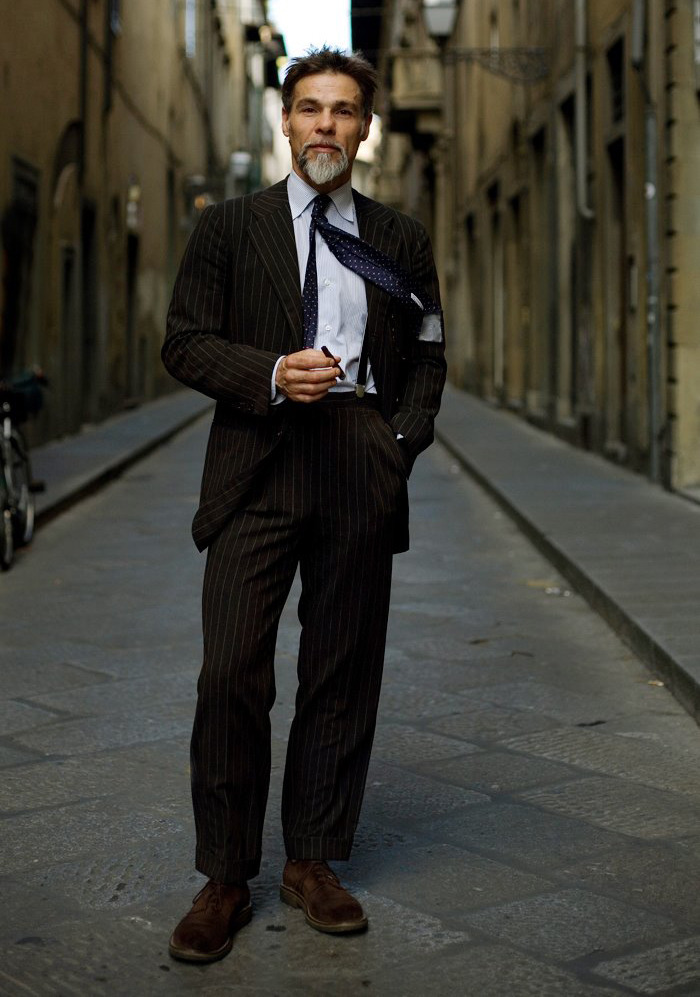 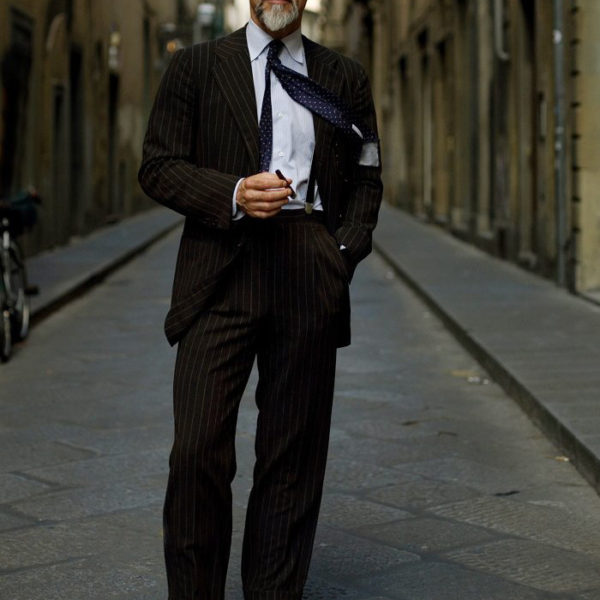 As I’ve expanded my wardrobe over the years, I’ve come to find that I sometimes favor things that are a bit more specialized, rather than versatile. About a year and a half ago, I had my shirt maker cut me a new collar style with longer points. It’s still a semi-spread design, like I usually take, but with extended points, the fuller collar gives a nicer counterbalance to my face and necktie. The extended points also ensure that my collar tips always stay neatly tucked underneath my sport coat, thus giving a nice uninterrupted line moving from my tie’s knot to my jacket’s lapels.

The only problem is that the collar a bit unwieldy when worn without a tie, which is why I think most today are made in one of two styles. The first are short collars, which is what you’ll find on many casual shirts sold in malls and fashion-y boutiques. Just step into a J. Crew or Barney’s to see what I mean. These are too short to be worn with a tie (unless you’re going for a more fashion-forward look), but to be fair, they’re not really meant to be worn with one anyway.

Then there’s the fuller collar style you’ll find at places such as Brooks Brothers and Ralph Lauren (at least on their more traditional lines, and on shirts that are sized by collar and sleeve length). These are designed to be worn in professional settings, so the points are long enough to support a necktie without lifting up too far off your body.

Still, even the fullest of these collars rarely approach the kind of style you see on Simone Righi above. I assume this is because short collars – like slim fitting clothes – have been trendy for over ten years, and trends are important, even in “classic” clothing. I assume it’s also because most men want to be able to wear their professional shirts without a tie, so they can make double use of it in casual environments. With a truly full collar, you risk looking like a 1970s disco dancer if you wear it open.

Medium length points are great for casual and formal settings, so if you don’t wear a tie often, or don’t want an excessively large wardrobe, they’re a great style to stick to. If you do wear ties often, however, or don’t mind spending a bit extra on clothes, try a fuller collar. They can admittedly look a bit too aggressive on first sight, but once you throw on a tailored jacket and put on some neckwear, you’ll notice they can give much more appealing proportions. Just see Simone Righi above as an example.

(Photo via The Sartorialist)