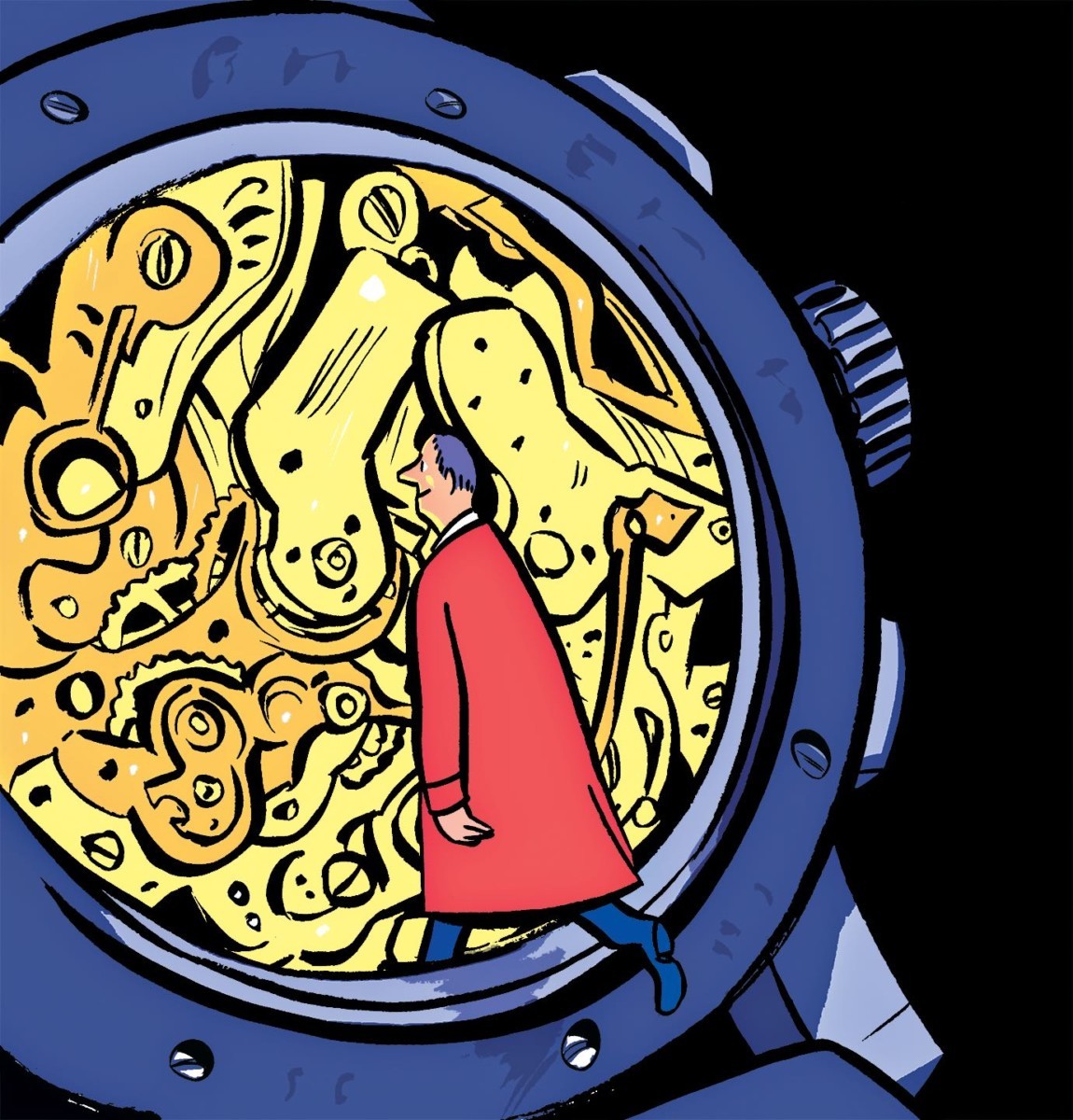 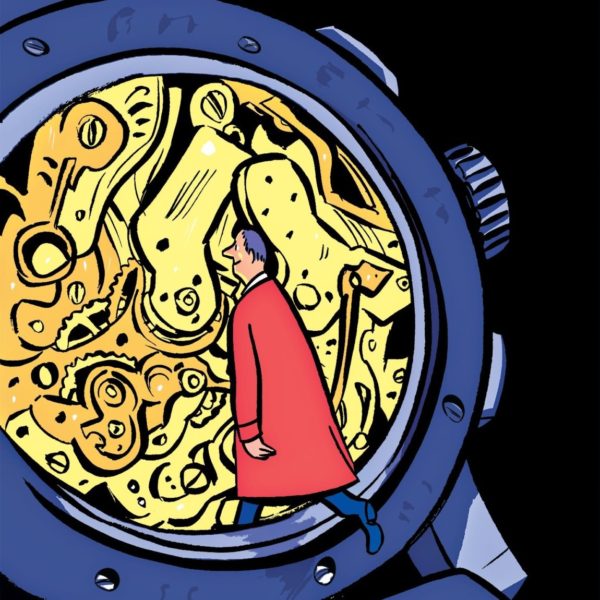 If you’re interested in clothes, it’s only a hop, skip, and a jump away from being interested in watches. I got my start four years ago when I started watching Hodinkee’s video series, “Talking Watches” (this episode with John Goldberger remains a favorite). The interviews are fun and accessible, even for non-watch experts such as myself.

This week, The New Yorker has a great piece from novelist Gary Shteyngart, who writes about how he fell in love in watches in the midst of the current political turmoil. The piece is beautifully written, and covers an all too familiar topic – how we can get fixated on the smallest details of a niche subject and, at times, maybe spend more than we originally anticipated. There’s a nice mixture here of relatable obsessiveness and informative bits about the watch world (including a plug for Hodinkee). An excerpt:

But by this time I thought of myself as a writer, and, for a writer, the money you make can be traded in for your creative independence, hence one is permanently building a rainy-day fund. I have always tried to keep on hand enough cash to cover at least two years of expenses in case the public stops being interested in my work, while plowing the rest into low-cost index funds. Thrift was comforting; material goods uninteresting, bordering on gauche.

And yet on April 12, 2016, I walked out of the Tourneau TimeMachine store, on Madison Avenue and Fifty-seventh Street, with a receipt for $4,137.25 and a new Nomos Minimatik Champagner on my wrist, the sales clerks bidding me farewell with a cheerful cry of “Congratulations!” By the standards of luxury watches, the amount I spent was small indeed (an entry-level Rolex is about six thousand dollars), but by my own standards I had just thrown away a small chunk, roughly 4.3 writing days, of my independence. And yet I was happy. The watch was the most beautiful object I had ever seen. After my panic attack on the subway, the urge for another Bauhaus-inspired watch had become overwhelming, and I compared many brands. The winner was a relatively new watchmaker called Nomos, based in the tiny Saxon town of Glashütte.

An early-spring sun glinted off my watch as I walked down Lexington Avenue. I took a photograph of the Minimatik on my wrist, as if at any moment I would be forced to give it back. There is an entire genre of watch aficionados who take photos of themselves wearing their timepieces in front of landmarks and post them on watch forums. Would I become one of them? I ducked into a Pakistani place to eat a quail, but was worried about splashing grease on the vegetable-tanned natural-leather strap. The dial was champagne-colored, with an unexpected circle of neon orange around the seconds’ subdial. (“These are wild colors but in homeopathic doses,” one of Nomos’s marketing texts reads.) The Minimatik’s lugs—the four parts that extend from the case and connect the watch to either a strap or a bracelet—were contoured and feminine, as was the gently domed sapphire crystal, a sharp rebuke to the dinner-plate aesthetic you see on so many watches meant for men. Nomos does not market its watches to either gender—their relatively small size is meant both for women and for men with nothing to prove. The hour markers were pearled, and milled into the champagne dial to pick up its brass hue. The watch seemed to absorb and reflect light in its own way, storing it under its arched sapphire, making it golden.

I was obsessed. And I had time to indulge my obsession. I believe that a novelist should write for no more than four hours a day, after which returns truly diminish; this, of course, leaves many hours for idle play and contemplation. Usually, such a schedule results in alcoholism, but sometimes a hobby comes along, especially in middle age. For us so-called W.I.S., or Watch Idiot Savants, all roads led to one Internet site: Hodinkee, the name being a slightly misspelled take on hodinky, the Czech word for “watch.” Hours of my days were now spent refreshing the site, looking at elaborate timepieces surrounded by wrist hair and Brooks Brothers shirt cuffs, and learning an entirely new language and nomenclature. By this point, it was becoming clear that Donald Trump would be the Republican nominee. Hodinkee became a natural refuge, a place where I could watch videos of celebrity Watch Idiot Savants talking about their obsession in terms that made me feel less obsessive myself. The rapper Pras, of Fugees fame: “I think about my watches. Like when I get up in the morning.”