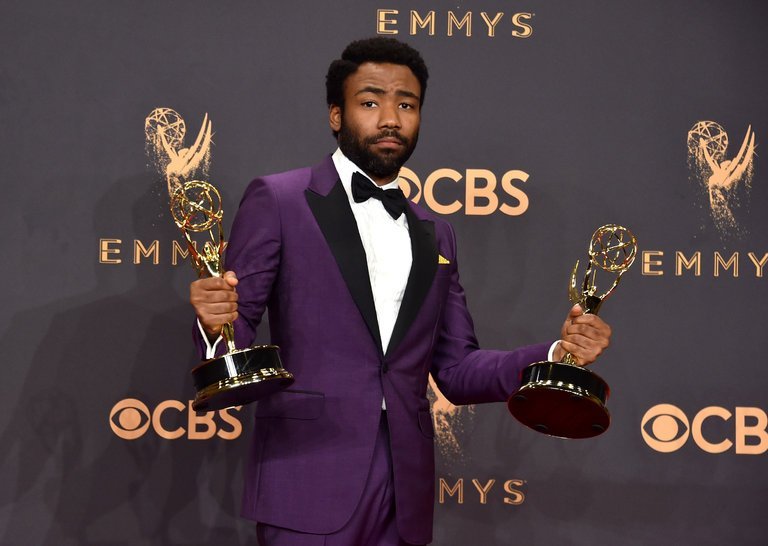 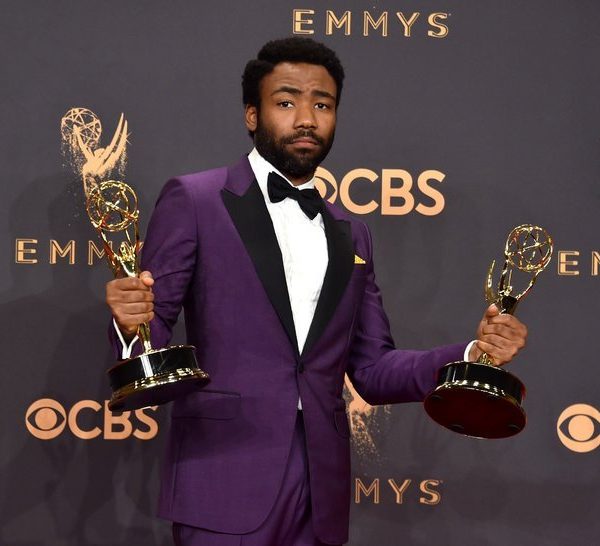 Donald Glover (you can’t really say actor Donald Glover or director Donald Glover or rapper Donald Glover without underselling his career in some way) won Emmy awards last night for both acting and directing (the first African American to win the directing award) for his series Atlanta, and he accepted the award in an purple tux. It wasn’t purple-y black, or a slightly purple shade of midnight navy. It was quite purple. And I thought it looked rad.

I don’t write a lot of red carpet style recaps because (1) most guys don’t look especially great and their clothes are usually chosen by stylists or brands (so, not really personal style), (2) it’s primarily the arena of either fawning over celebrities or cooking up hot takes. That said, award ceremonies are one of the steadily decreasing number of places men are still expected to wear black tie, and they’re certainly the most public, so they’re a handy barometer for popular understanding of what’s cool when it comes to formal wear.

Men exhibit both their pride and their fear through clothing. It’s very easy to disappear into contemporary evening wear for men, which is where its invention was intended to lead us. Men express themselves in the conformity of the evolution of, or revolution over, tiny, tiny details.

Obviously at Put This On we put a lot of emphasis on tiny details, and on the satisfaction in getting something like a tuxedo right, according to traditions of menswear that define “right” to be “as unobtrusive as possible.” But Donald Glover has been taking some chances, and he looks great doing so.

The sea of black clothing that we see at awards shows now makes Donald Glover’s sophisticated peacockery this year all the more fabulous and perfect. Last night he wore a wild purple Gucci suit (aubergine, the Daily Mail wrote!). At the Golden Globes, he wore a “tobacco”-colored custom Gucci velvet evening suit and looked phenomenal.

It’s been a while since a man has been this pleasantly extra.

So congrats to Glover on the recognition and the purple suit. I bet the people who run tux rental companies will be fielding requests for these sorts of looks for America’s other public semi formal event where guys are known to take some chances: the prom.