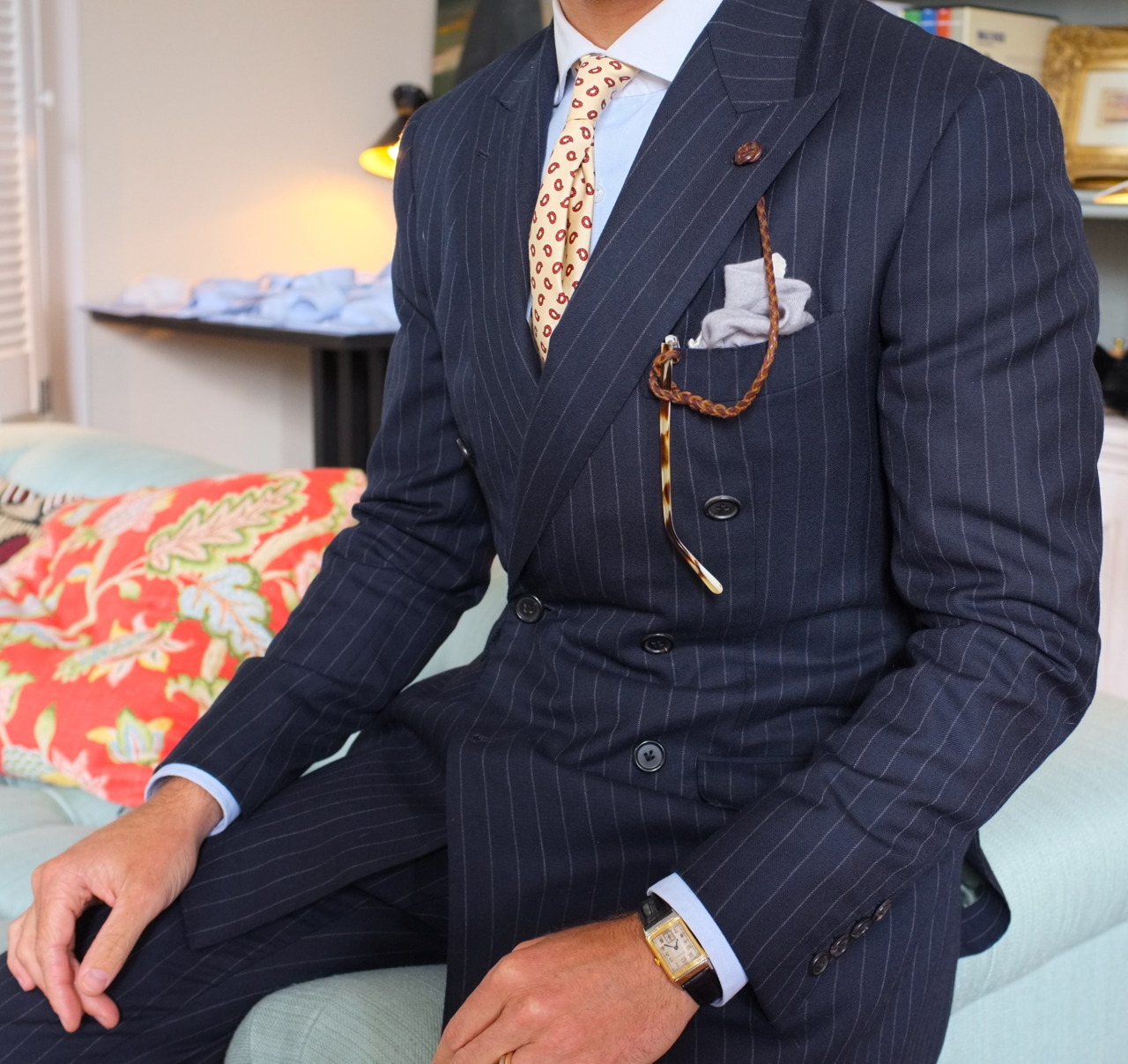 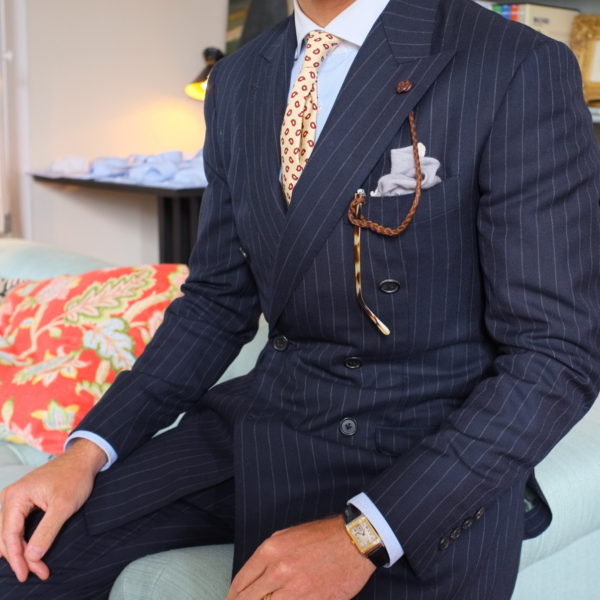 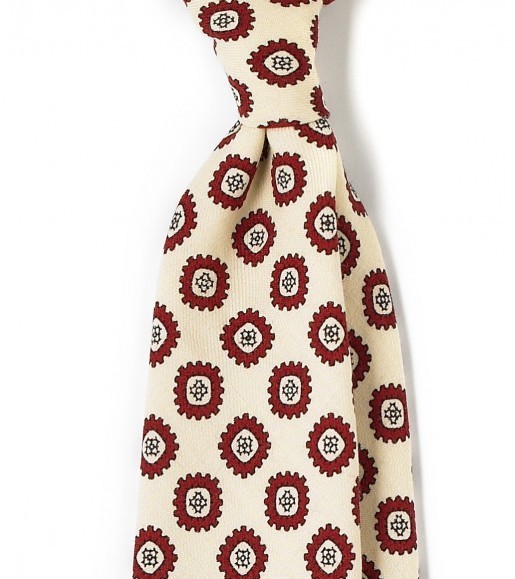 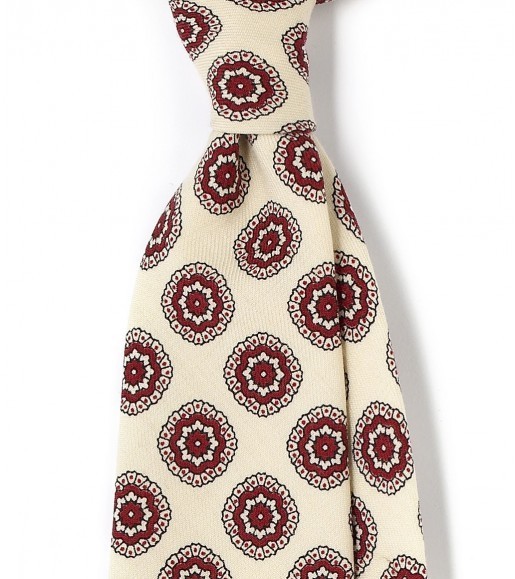 In classic men’s style, it’s often easier to wear darker ties because a man’s tie is supposed to be darker than his shirt. There are a few exceptions, however. Take for example, ties with a buff-colored background. Buff is a kind of pale yellow-brown color that got its name from buff leather. The color is mostly seen on formal and informal waistcoats, but every so often, you’ll see it on ties as well.

The picture above is from Patrick Johnson. It shows a man wearing a buff colored tie with a navy striped suit and light-blue dress shirt. The two tones of blue are subdued and conservative, and they contrast and complement well with the brightly colored tie. This would work just as well with a dark brown sport coat and a white and grey striped dress-shirt, especially if you were wearing it during a cool autumn or cold winter season.

The most versatile ties will always be in dark blues, browns, greens, and reds, but it doesn’t hurt to have a little variety here and there. Buff colored ties can help you stand out without being loud or obnoxious, and they look great if you pair them with the right colors. You can get wool challis ties in this color right now from Drake’s, but if you want something a bit more affordable, there are also these options from Ralph Lauren and E. Marinella on eBay, as well as this Madder print from Sam Hober. Land’s End and Brooks Brothers have some that are a bit more yellow in tone, but I suppose they could also work in the same way.