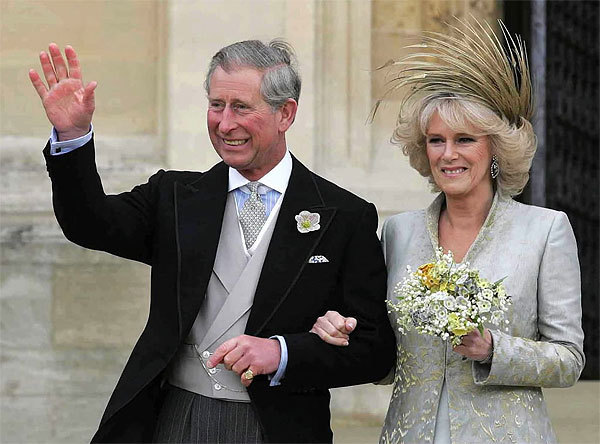 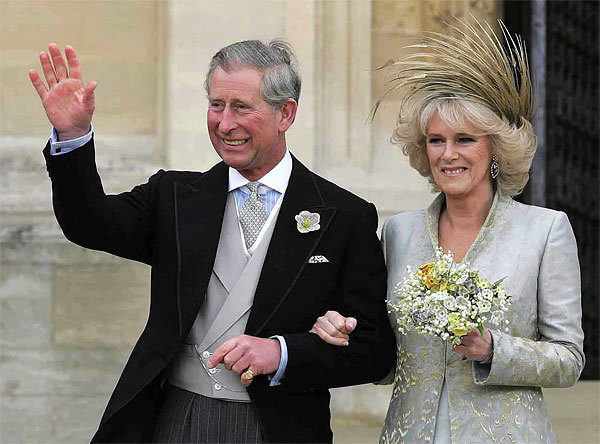 Controversy is brewing in the UK over outfits. Prime Minister David Cameron has issued a press release, announcing that he won’t be wearing morning dress to the impending wedding between Prince William and Kate Middleton. Instead, he’ll wear business dress – a suit and tie. He will be the first Prime Minister to shirk the traditional dress code, and will perhaps be the only man so dressed. (Above, by the way, are Prince Charles and Camilla Parker-Bowles at their wedding.)

Many speculate that Cameron is dressing this way to avoid the stigma of his upper-class past. Cameron was a member of Bullingdon, an Oxford club notorious for its exclusivity and its destructive binges. He’s shunned formal dress since his past became an issue when he rose to national prominence, and this is in keeping with that pattern.

It’s tough for an American to judge a choice like this, since class plays so differently here, in a land where we at least pretend that it is a fluid status that comes with hard work and seized opportunities and so forth. Besides which, we have no monarchy, and essentially think of the British royals as amusing anachronisms. So I write from the perspective of a bemused outsider. That said, Cameron’s decision does strike me as both disingenuous and self-centered.

It is disingenuous in that it is an attempt to obscure his past. When Prince Charles dons Highland Dress, it is not because he is trying to pretend to be a Scottish warrior, or lead people to think that he anything other than an English Prince. Instead, it is an act of fellowship and a gesture of respect. Part of dressing, particularly for men, is to humble yourself, even if you are a Prince, by asserting that the custom of the whole is as important as your personal choices. This is why we wear business dress, as well – it is an assertion that we’re all in the same boat, all respect the importance of the situation, and we’ve chosen ceremonial clothing to reflect that fact.

Perhaps if Cameron were a representative of the proletariat he could genuinely claim that breaking this tradition was a revolutionary act. One could then quibble with whether he was leading a just revolution, of course, and the answer would depend on how one felt about the monarchy and so forth, but he would at least have some ground to stand on. Instead, it seems transparent that this is an act of obfuscation in the service of self-interest.

Indeed, it is that self-interest that is the most annoying here. The reason that we all dress the same way for a wedding is respect for the occasion. For those of us in the pews it is a joyous day. For those on the dais it is the most important day of their lives. This is true for Kings and Queens just as it is for street sweepers. We wear clothes that reflect that celebration, but we also wear clothes that indicate ceremonially that we understand how important that day is, clothes that reflect that we are the community that binds together the couple being wed.

If given the opportunity to chat with the PM, my message would be simple, and it wouldn’t have anything to do with the fact that these people getting married are royalty.

I’d just tell him this: it’s not about you, man.

(Thanks, Ari, for emailing about this.)