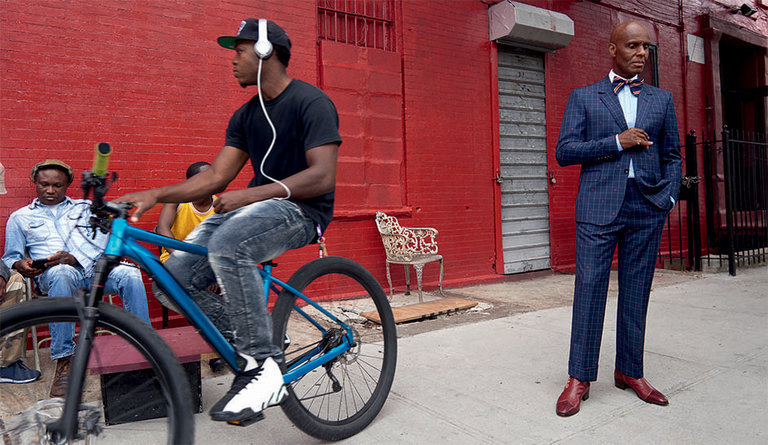 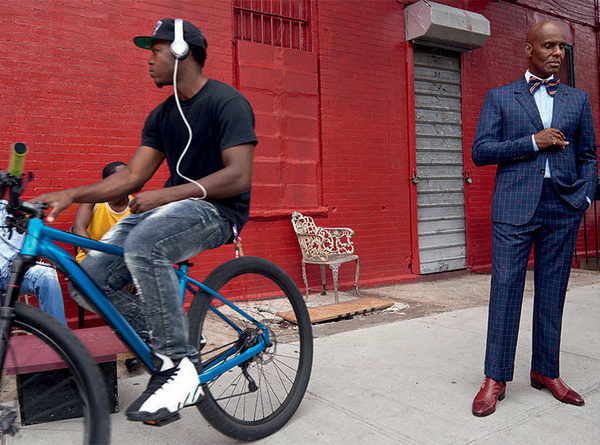 In what has to be one of the strangest twists in fashion history, Dapper Dan – famous NYC clothier and pioneer in a sort of over-the-top, ‘90s Harlem aesthetic – is set to reopen his shop by the end of this year. The weird thing? It’s with the help of Gucci, just one of the many companies that originally ran him out of business in the first place. The New York Times reports:

In a twist of fortune that could hardly have been imagined back in the day, Daniel Day — better known as Dapper Dan, his nom de knockoff — is reopening his famous studio and atelier with the support of Gucci.

For 10 years, between 1982 and 1992, Mr. Day ran one of the hottest shops in Harlem, a 24-hour-a-day atelier where the flush and flash came to commission fashion pieces, furs, leather goods and car interiors wallpapered with unauthorized designer logos.

It was counterfeiting elevated to the level of art: Mr. Day made his own Guccis, Louis Vuittons and Fendis, for customers including Mike Tyson, LL Cool J and Eric B. and Rakim, in styles and sizes the luxury companies didn’t and wouldn’t offer.

Since the closure of his shop in 1992, Mr. Day had been, in his words, “underground,” occasionally designing for private customers including Floyd Mayweather Jr. (His memoir, due out in 2018, will shed more light on these years.)

But by the end of this year, he will open a second-generation Dapper Dan’s as a by-appointment studio for custom commissions, staffed, he hopes, with some of the original tailors, and sponsored (“powered,” in the company’s preferred term) by Gucci, which will now supply the raw materials.

What’s more, the two will collaborate on a capsule collection that will be produced and sold in Gucci stores worldwide next spring. Mr. Day himself is the model in Gucci’s new tailoring ad campaign, shot on the streets of Harlem, where he met Mr. Michele at last.