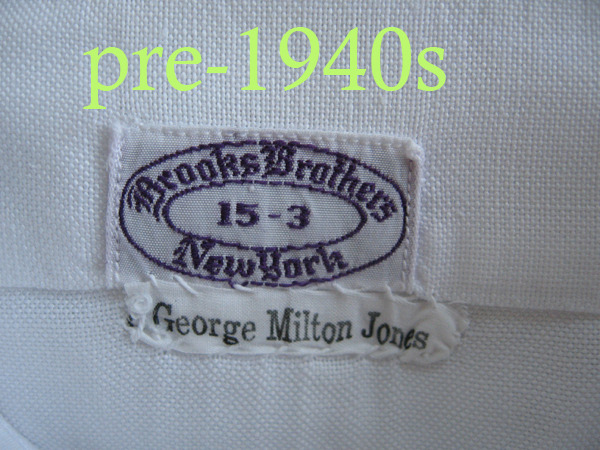 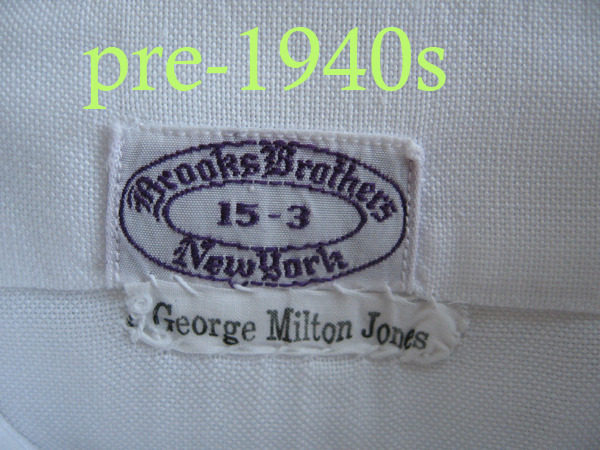 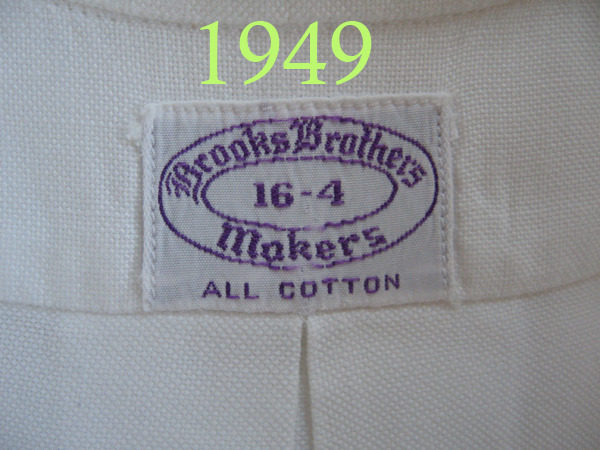 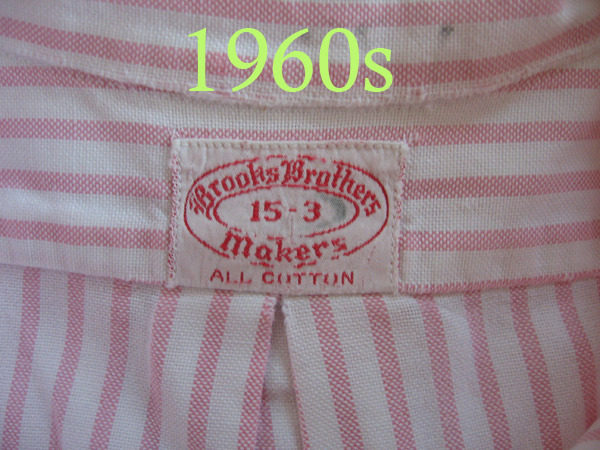 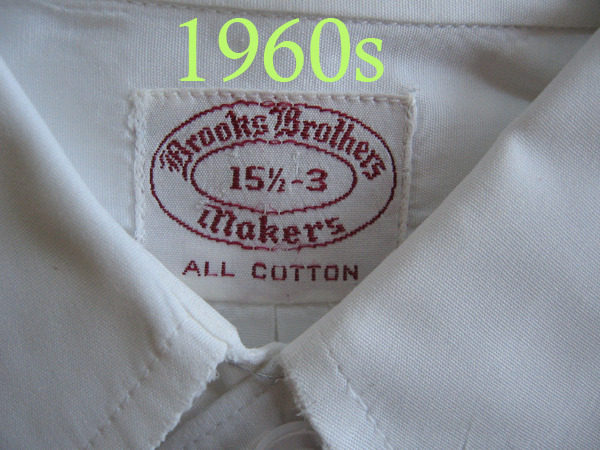 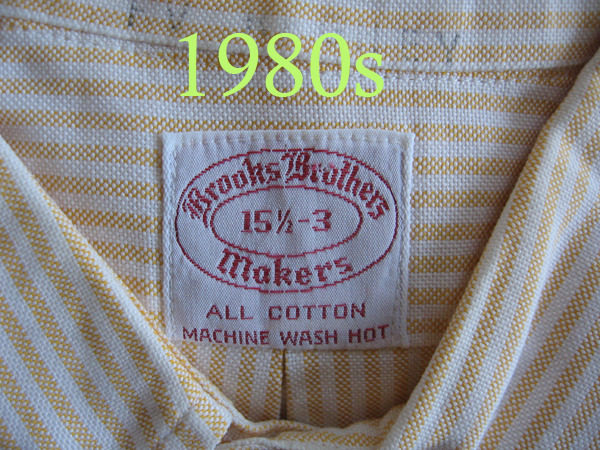 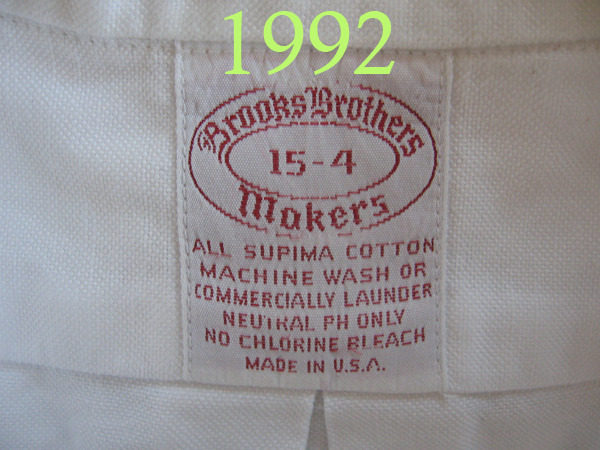 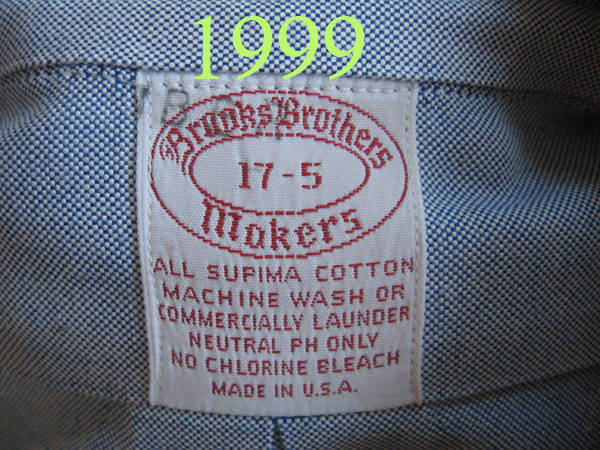 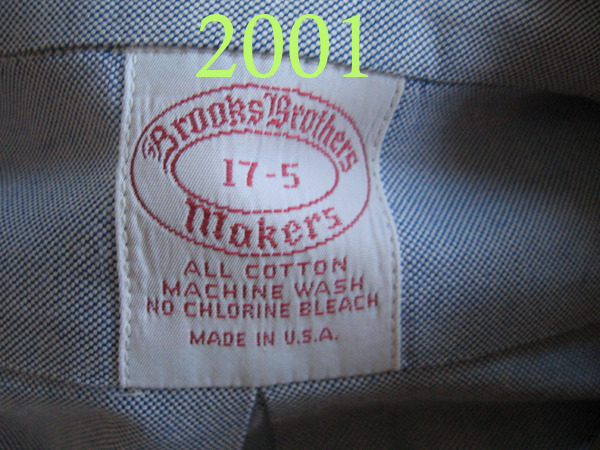 I was cleaning up my very cluttered computer desktop yesterday when I came across a bunch of files I used for our Oxford Cloth Button Down Shirt series. Before I delete everything, I thought I’d post these photos, in case some of our readers might be interested in knowing how to date vintage Brooks Brothers shirts.

These are garment labels from the vintage shirts I borrowed from our friends at O’Connell’s, An Affordable Wardrobe, and Typhoid Jones. I snapped these pictures and then sent them to Brooks Brothers’ media relations department, asking if they could help me date them. The process took a while – I assume because they had to search for someone who was familiar enough with the company’s history – but after a month or two, they submitted the following images back, with the dates you see above.

Note, these dates are a bit iffy. The two blue oxford shirts you see at the end (dated 1999 and 2001) are from O’Connell’s. Ethan there tells me that he’s absolutely certain that the shirts are from the early 1990s, as that’s when they last stocked those shirts at their store. I assume he’s right, especially since the garment label for 1992 seems to be the same as the one marked for 1999. Not sure why Brooks Brothers dated those two the way they did, but the possibility of those being a mistake made me doubt how reliable the other dates were. For what it’s worth, however, the pre-1940s tag is almost certain to be reliable, as that was the detachable collar shirt and my contact at Brooks Brothers had no information about these shirts’ styles. The 1949 tag is also probably correct since that was the only oxford cloth button down without a chest pocket (a detail they added sometime in the 1950s or so).

In any case, as iffy as these may be, here’s Brooks Brothers’ submission on how to date their shirts. This might be a potentially useful guide for folks who go thrifting often.