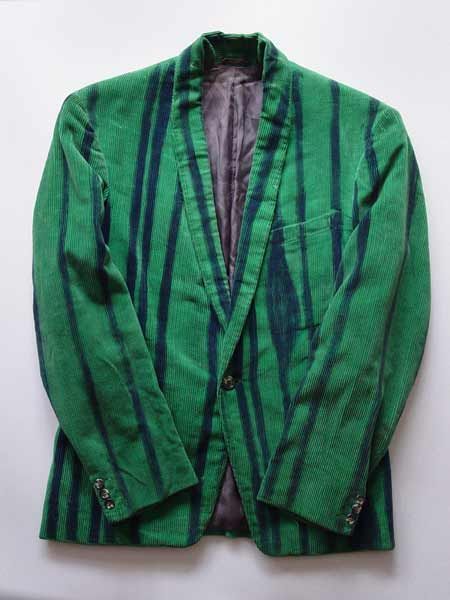 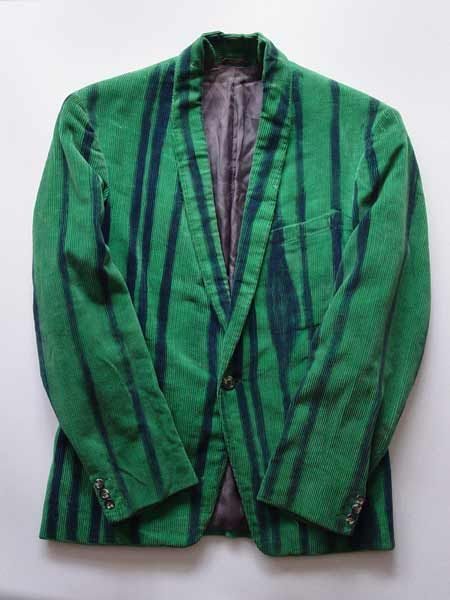 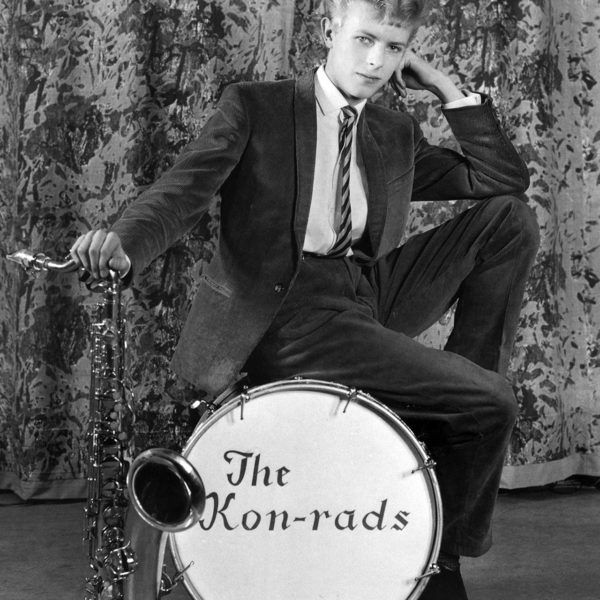 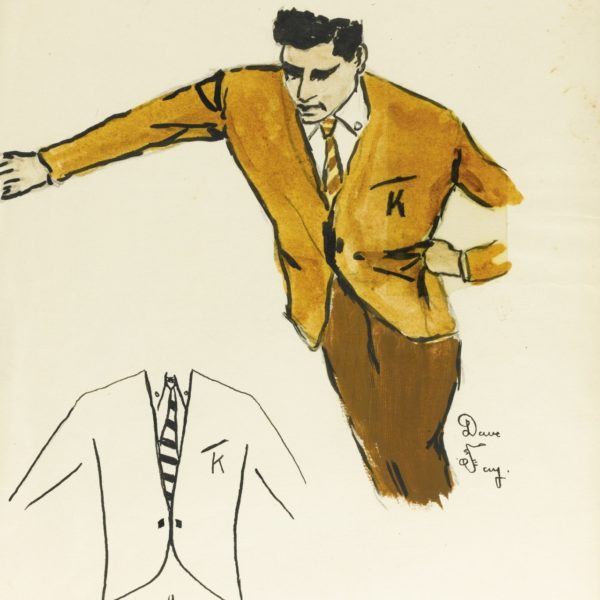 How did you dress when you were 15? At that age David Bowie joined the Kon-rads as a saxophonist and vocalist (the Bromley-based band never quite broke, although they “worked up a large repertoire on the bar mitzvah circuit”). The mod movement was strong in England and the bands playing teenage British takes on American blues dressed sharply, the Kon-rads being no exception. A decade before he’d collaborate with designers on extravagant stage costumes, a young Bowie sketched his ideas for stage outfits for the Kon-rads and signed them with his stage name, Dave Jay. His choice? A lapelless (or narrow lapelled?) jacket emblazoned with a “K,” OCBD, and repp tie, and indeed in a promotional photo for the band Bowie wore a trim corduroy jacket with a shawl collar, one button, and jetted pockets (no “K” though). Razor sharp. Later, Bowie would personalize the jacket with stripes painted on with blue cartridge ink (nice pattern matching though!), and wear it while in another band, the Riot Squad.