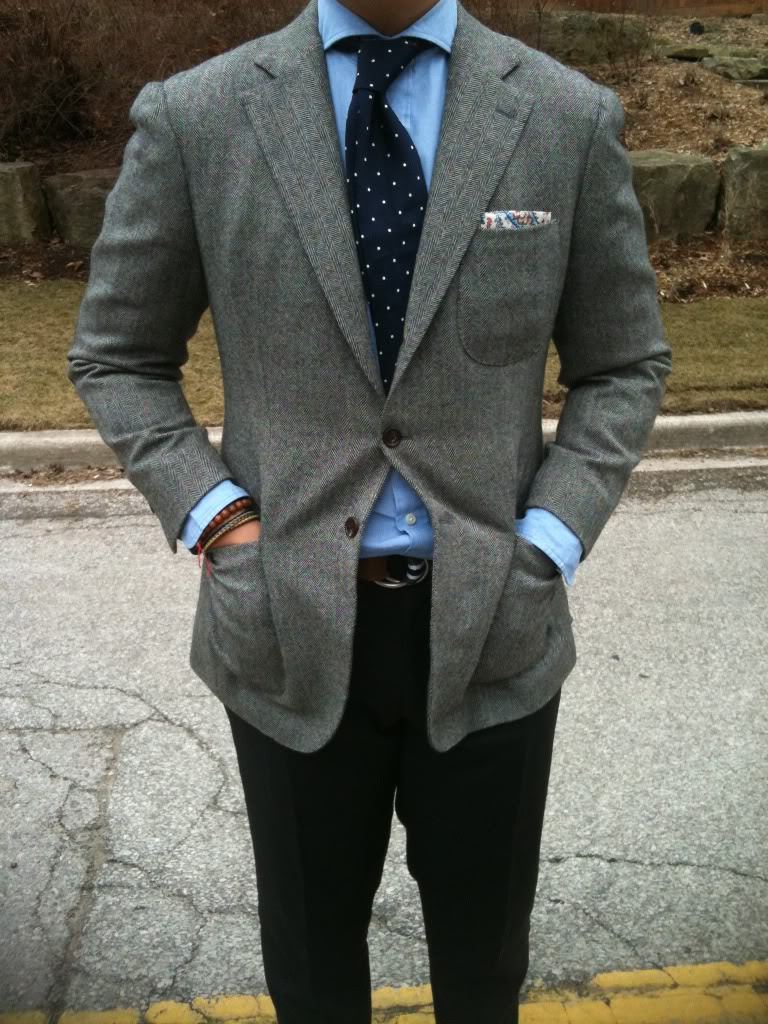 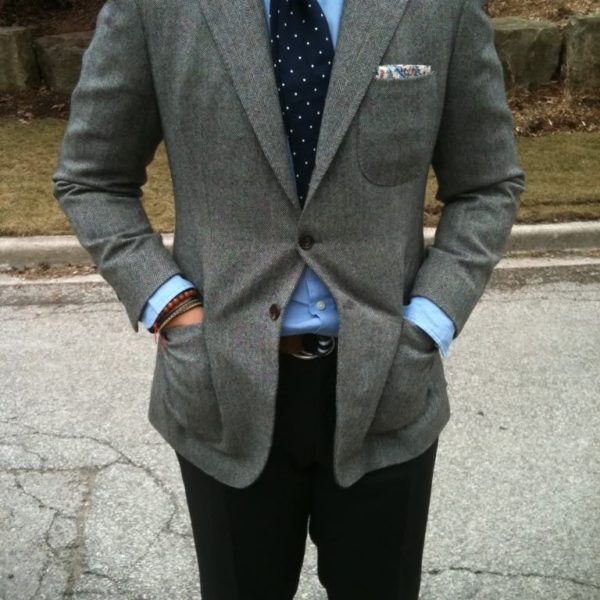 David, from Canada (and Hong Kong) looks lovely in this photo, doesn’t he?

Another great example of patch pockets, soft fabrics and natural shoulders making tailored clothes a little less formal, without making them any less elegant.  Also a lovely example of the Churchill dotted tie in white-on-navy, which is about as versatile a tie as exists in the world.  I also love the pocket square, which (unlike most pocket squares) actually takes the formality down a notch.  It’s poking out of there saying, “hey, don’t sweat it, we’re all friends here."