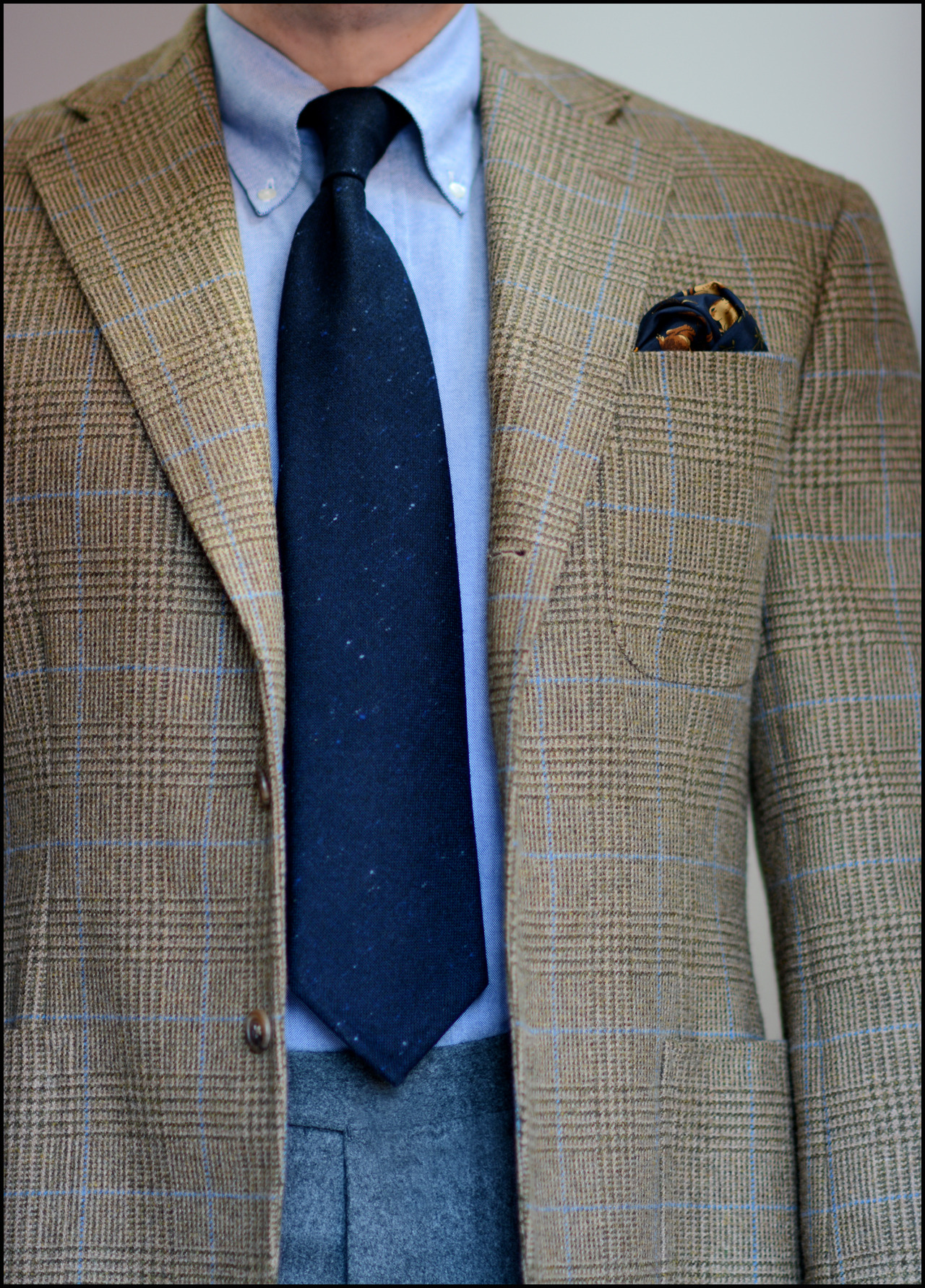 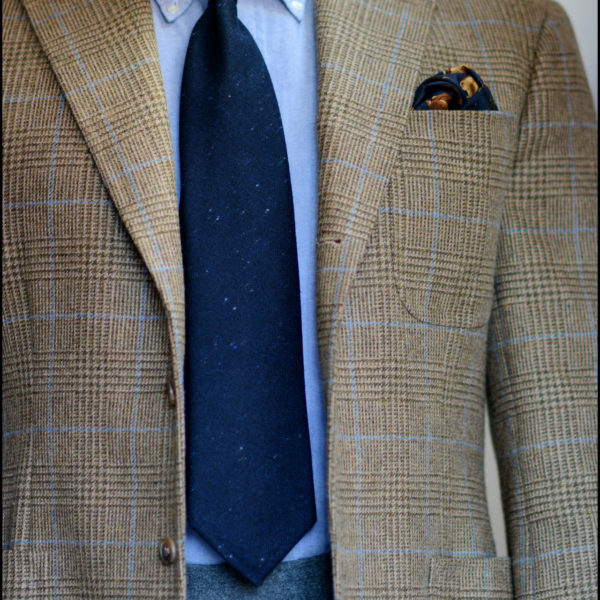 As conventional wisdom goes, grenadines are some of the most useful ties you can own. The reason is they’re (typically) solid in color, but also textured in weave. The textured weave allows you to wear it easily with solid colored shirts and jackets, while the solid color allow you to pair it with patterns. There are few jacket, shirt, and tie combinations where a grenadine would not work.

The same principle can be applied with other ties, although they’re slightly more seasonal in use. A tussah or raw silk can be worn in the summer with cotton or linen jacketings, while a boucle can paired with tweed or flannel in the fall. A Suitable Wardrobe just launched their end-of-season sale, and all three types are available at pretty attractive prices. Slightly similar are lightly patterned ties, such as the speckled Donegal tweed my e-friend Voxsartoria is seen wearing above. From a distance, it appears solid in color, but upon closer look, it has little flecks to keep it interesting. Again, something you can wear with solid colored shirts and jackets, or ones with patterns.

Or so I think, anyway. I wanted to get a Donegal tie this past season, but wasn’t able to. Berg and Berg launched their winter sale yesterday, and they had this very lovely speckled navy tie that someone bought before me. Brooks Brothers also had this knit tie that sold out before I even had a chance to consider it.

There are other options still available though. Vanda Fine Clothing has them in Air Force chevron and pebbled grey patterns. Those come in their signature, lightly lined construction, which allows their ties to feel a bit more “true” to their shell fabrics. There’s also Drake’s and E.G. Cappelli – two of my favorite tie makers. Drake’s is a high-quality, no-nonsense construction, while E.G. Cappelli is typically lightly lined and has a bit more visible handstitching. Additionally, there’s Howard Yount and Sid Mashburn. I have no experience with their neckwear, but both companies have solid reputations. And if someone doesn’t mind the skinny widths, there are these options by Gant Rugger and Alexander Olch.

Hopefully I can get one before winter ends.