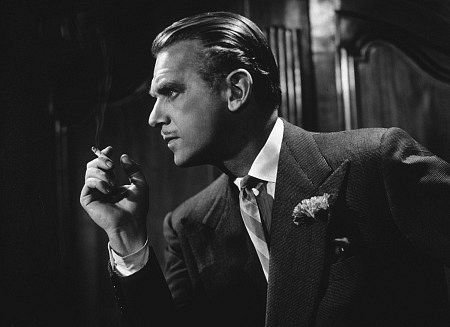 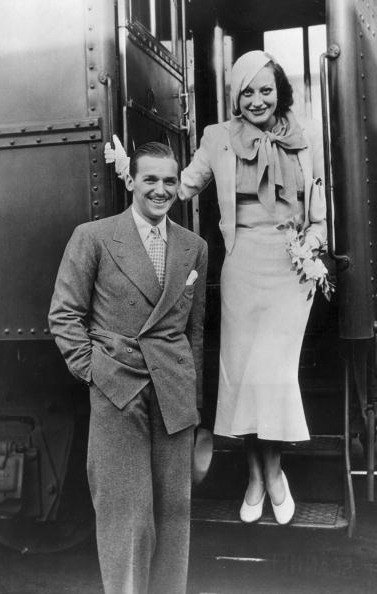 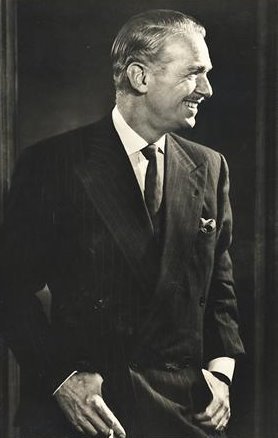 Here’s another great find from our friend CrimsonSox. In an August 1966 issue of Vogue, Hollywood legend and decorated war hero Douglas Fairbanks, Jr. shared some of his thoughts on style. One surprising revelation: Fairbanks mostly wore elasticized shoes, which he commissioned from the bespoke London shoemaker Henry Maxwell (we presume they were mostly elasticized oxfords, which are sometimes called Lazy Man Oxfords for how easy they are to slip on). He sometimes wore well-polished tan loafers when he traveled, but didn’t own any lace-ups.

Fairbanks also favored old ties, simple pattern combinations (solids against stripes, rather than stripes on stripes), and complementing – rather than matching – ties and pocket squares (something we’ve advocated). An excerpt:

“The most important thing is that the suit be well cut. Then it needn’t be particularly new or even particularly well pressed.  It will always hang properly. I make my suits last for years. The other day, I took one that’s, oh, eight years old, in to be altered – have the lapels narrowed and the trousers taken in. I go to Stovel & Mason in Old Burlington Street where I’ve trained the cutter to what I like, and he never commits the classic fault of London tailors – leaving too much fullness in the seat of the trousers.

For sports things, I go to Huntsman in Savile Row, but in any case I’m rather conservative about suits. Being an actor, I plan my clothes rather more. No one in public life can afford to overstep. One has a responsibility, and before I get anything new, I brood about it, try it out on my wife and daughters, and perhaps on someone in the Club. Once the suit is settled, then the only thing is shoes and linen. I usually wear proper shoes except when I’m traveling, then I wear these things [well-polished tan loafers] because they’re so comfortable on planes. Otherwise, I go to Maxwell’s in Dover Street, and I always have shoes with elastic sides. I’ve been having them made since shortly after the war, and I don’t even own any lace-ups any longer.

I suppose I spend more on shirts than on anything else, and I’m not so conservative about them. Mainly they’re from Turnbull & Asser. Beyond Turnbull I go, oh, all over. I might buy something at Sulka here, in Paris at Charvet. I would rather buy in London than any place, though, because London is to men what Paris is to women. It’s a town that’s set up for it. You find a variety. In Rome or Paris or New York there are two or three top tailors or shirtmakers; in London there are fifty-two all over the joint. I never buy ties because I have so many.  The other day a man came up to me and said, ‘You’re really right up to the minute, wearing a wide tie.’ I said, ‘No, I’ve had this one since 1932.’

When it comes to combinations of patters and colors, my wife tells me that I run to reds and blues, but I assure you that it’s not conscious. I do like blues, and yellows, but not beige or tan. Combining the patters and colors is simply a question of getting a contrast. With a striped suit I wouldn’t wear a striped shirt. With a striped shirt I would wear a plain woven tie in a much deeper or brighter color. The thing to keep in mind really is that the shirt, tie, and suit can’t look all the same in color or scale of pattern, and, of course, not to be self-conscious about combination. The one thing that I am especially conscious of is combining ties and pocket handkerchiefs. I avoid matching them at all costs. The pocket handkerchief should be colored and patterned, but not matching the tie. Better to have it related, or even entirely unrelated, so long as they don’t look wrong together.”

For more of Fairbank’s wardrobe, you can visit Doyle of New York, who held the actor’s estate auction after he passed away. Fairbanks might have been the the last Hollywood man to have a closet full of morning suits, tailcoats, dinner suits, and smoking jackets. Today, those have been mostly been replaced with business suits for formal events, sportswear for more casual settings, and t-shirts and boxers for the home.