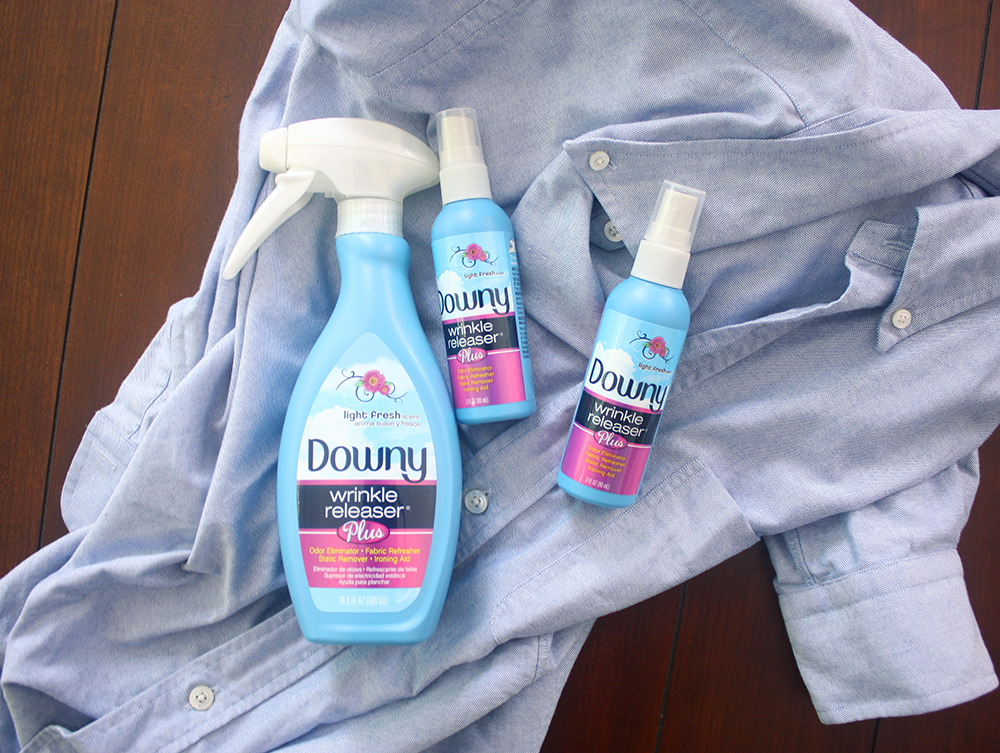 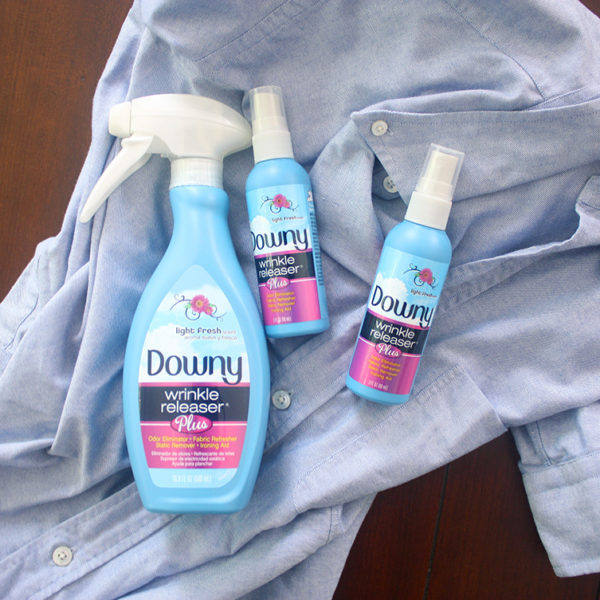 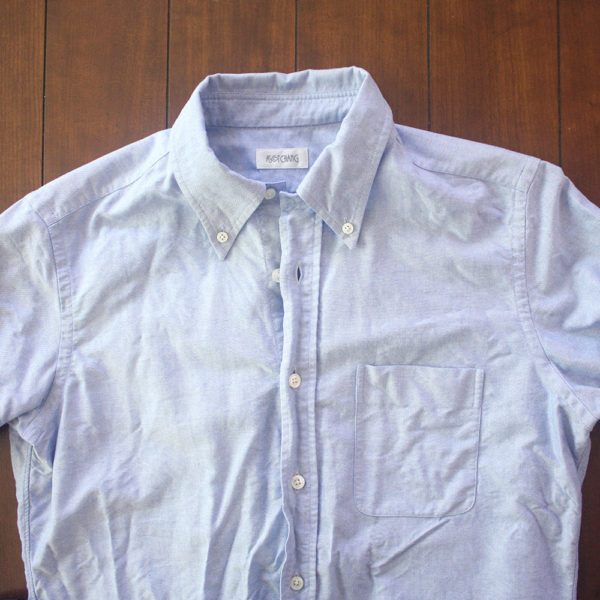 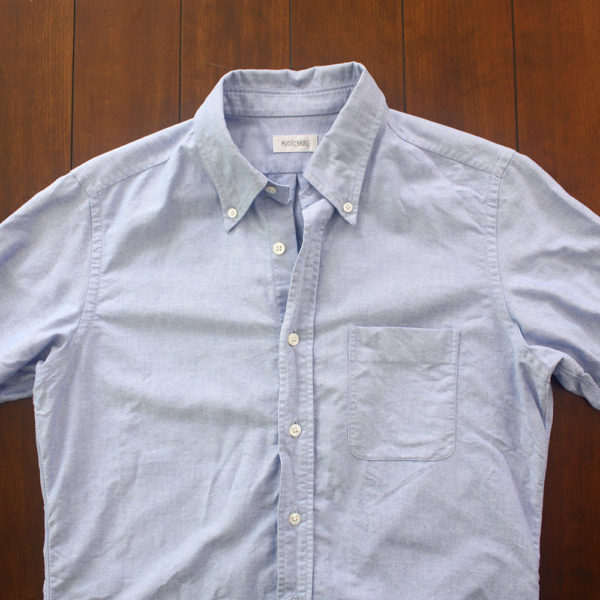 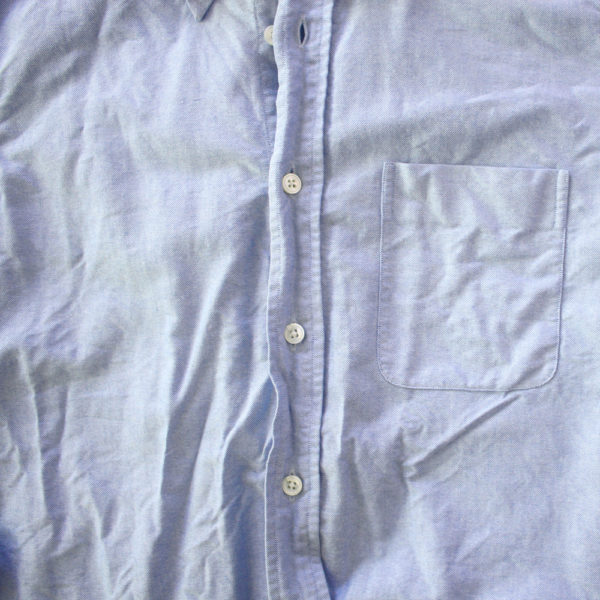 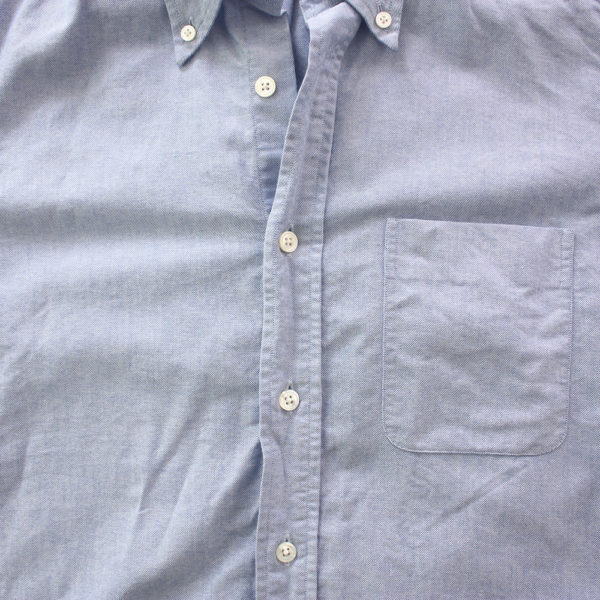 Few people like ironing, which is why there’s a multi-million dollar industry around helping people reduce their ironing time. Recently, Downy sent us a sample of their Wrinkle Releaser – a spray bottle with a silicone solution that allows fibers to relax and slide apart (rather than be frozen in a crease). Their press release promises no less than magic. “Simply spray, smooth and tug, then allow the fabric to dry for a crisp, fresh smelling and wrinkle-free look in minutes.”

The Wrinkle Releaser works more or less as advertised. In the above, you can see a button-down I treated earlier this week. On the left, you have the shirt just a day after being washed; on the right, there’s the shirt 24-hours after treatment (although, results mostly looked like that within fifteen minutes). Not as crisp as you’d get with actual ironing – this looks like my freshly ironed shirts after they’ve been worn for several hours – but you can’t expect to get as-good results without pressing.

I wish I could endorse the product, but the solution in some ways is worse than the problem. First, spraying this indoors means your home will vaguely smell like a dry-cleaner for several hours (the smell is jarring enough to make you cough). Then, your shirts will smell like Downy’s fabric softener sheets – if you boiled those sheets down, distilled them into some concentrate, and sniffed it through a straw. The smell still lingers on the shirt after 24 hours, but in a less offensive way.

There’s also the environmental waste. I used about a quarter of their travel-sized bottle to fix one shirt – which means you’d go through a three-pack for an average load of laundry. All that for less-than-stellar results, badly scented shirts, and slightly more time to waste on the internet. In a year, the cap on this bottle will probably wind up in some bird’s stomach.

If you want to reduce your ironing time, get a better iron and ironing board. This Black & Decker is a great, affordable model. You can also go with a basic ironing board or upgrade to something sturdier. Good technology here means you should be able to iron a shirt within three minutes.

The only good use I can think of for Downy’s releaser: fixing small spots on the go (if you’re OK with smelling like a laundry sheet). But really, a few wrinkles never hurt anyone. Chalk them up to sprezzatura.