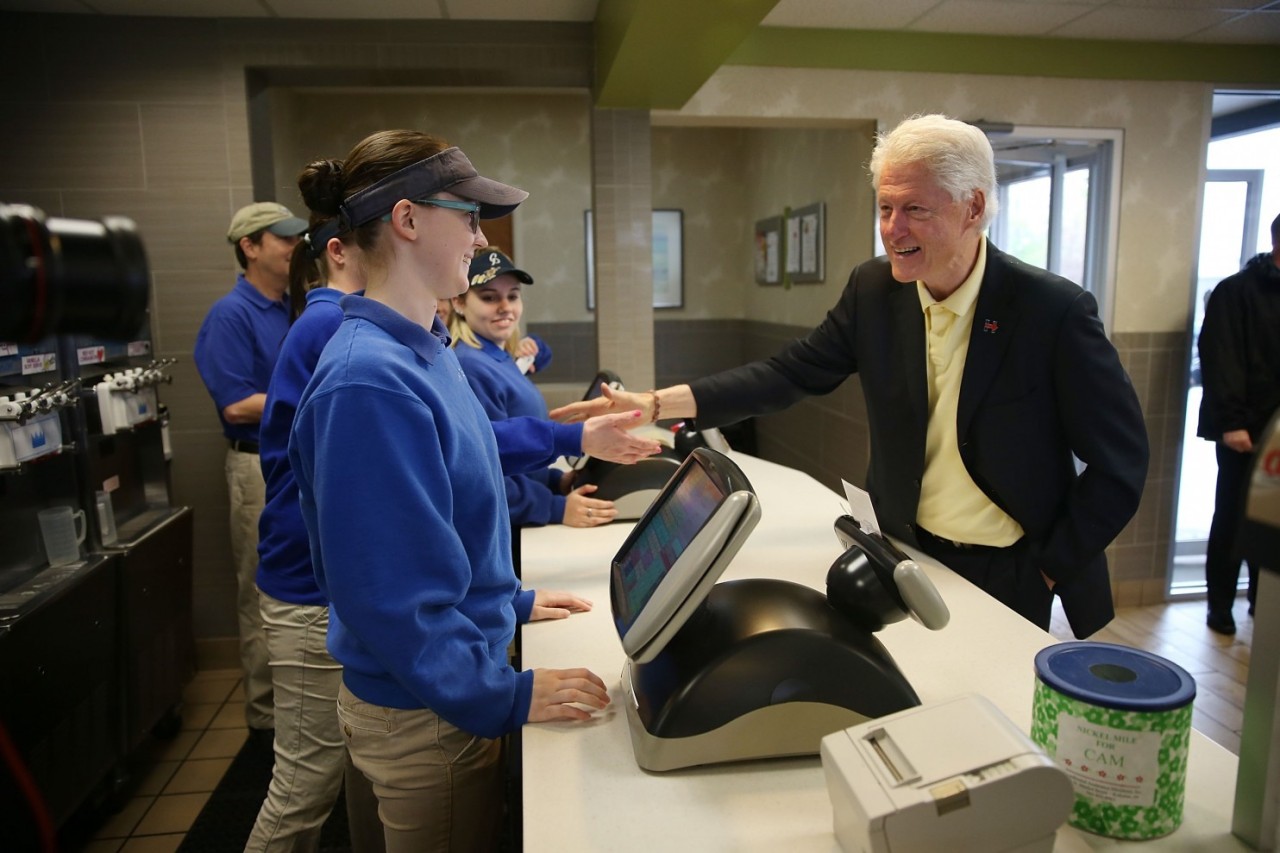 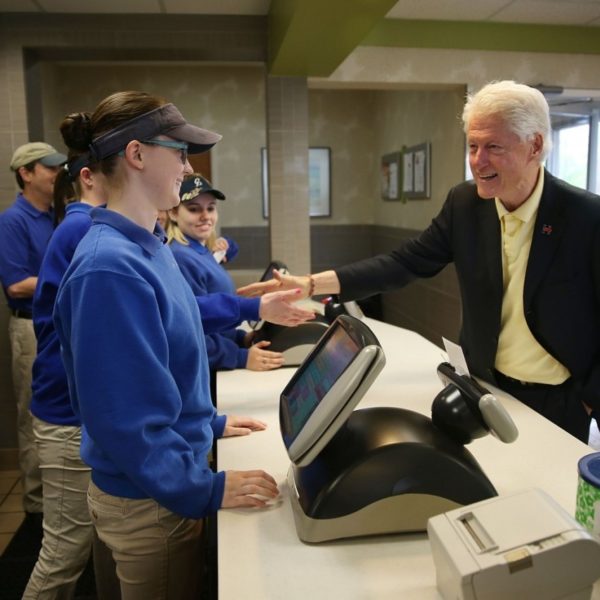 In the Washington Post, the always interesting Robin Givhan discusses the style side of the unique challenge Bill Clinton faces as a former president campaigning on behalf of his spouse. In the process, she picks apart some of his recent style choices in much the same way we might pick apart a “What Are You Wearing Today” photo:

But in his vigorous campaigning for Hillary Clinton, business casual is most often the uniform, because the job is not to exude power but empathy. The husband has worn everything from a buffalo plaid shirt under a Hickey Freeman blazer to checked shirts and polo shirts. He particularly likes to wear his polo shirts under a sports jacket. Among menswear observers, this is a controversial move, this blending of the formal and the informal. It sends a mixed message; it confuses the point. And if a man insists on this combination, the jacket should be identifiably informal, which his are not. It should not look like a suit jacket missing its pants, which his do.

Like a lot of politicians, Bill Clinton uses attire to declare his connection to the regular folks, and the more rural the setting the more he looks as though he’s ready to come over and mow your lawn — or at least have a beer and a chat on the front stoop about the problems down at the plant.

Read more here. She also talks about how a first gentleman could bring more attention to tailoring and the clothing industry in general—Clinton in particular has worn suits from American makers Martin Greenfield and Hart Schaffner Marx. Politics is after all one of the few careers where tailoring (though not style) is still generally required.