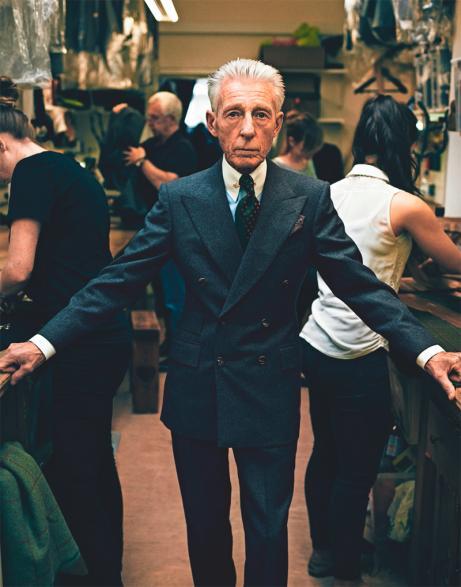 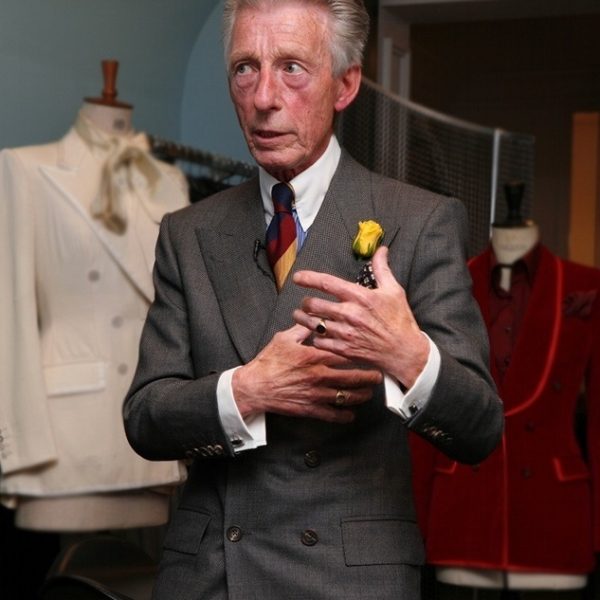 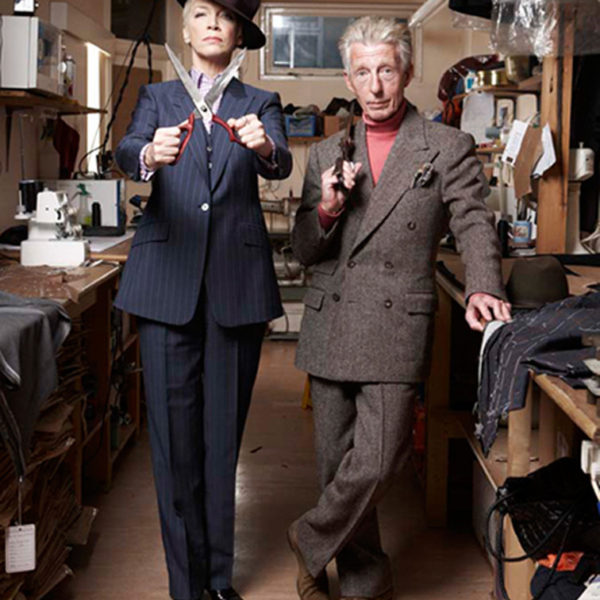 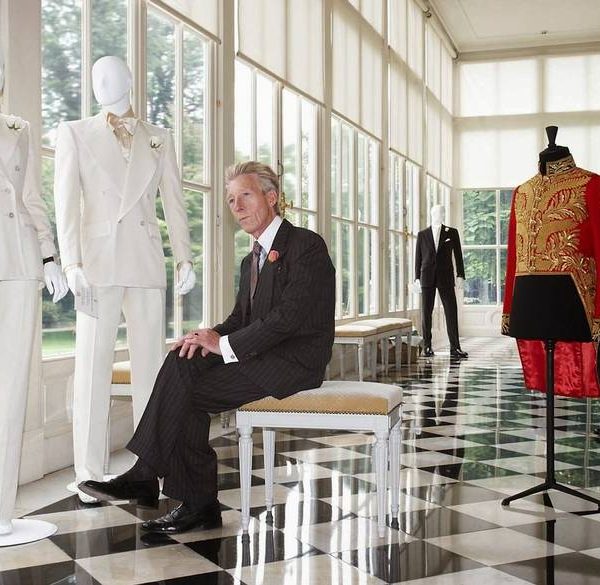 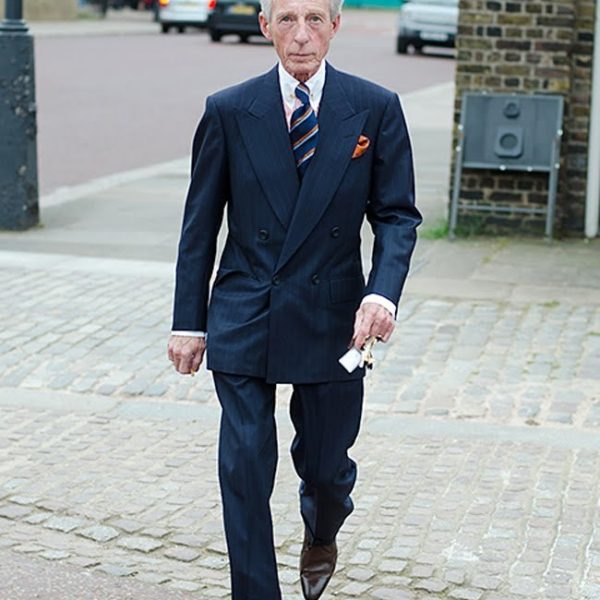 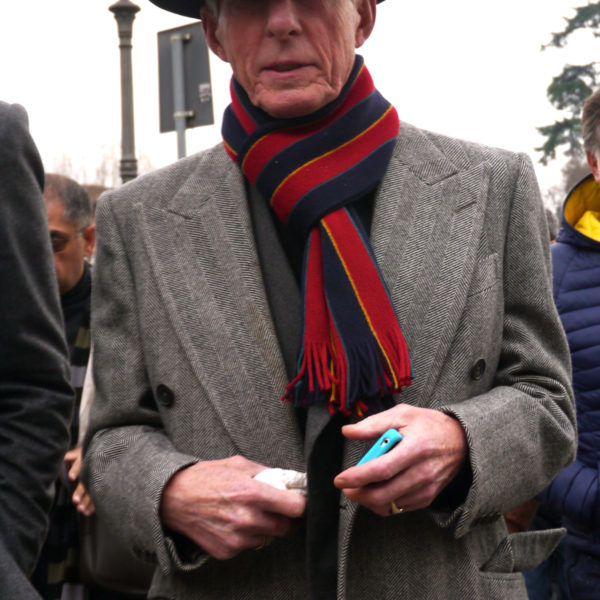 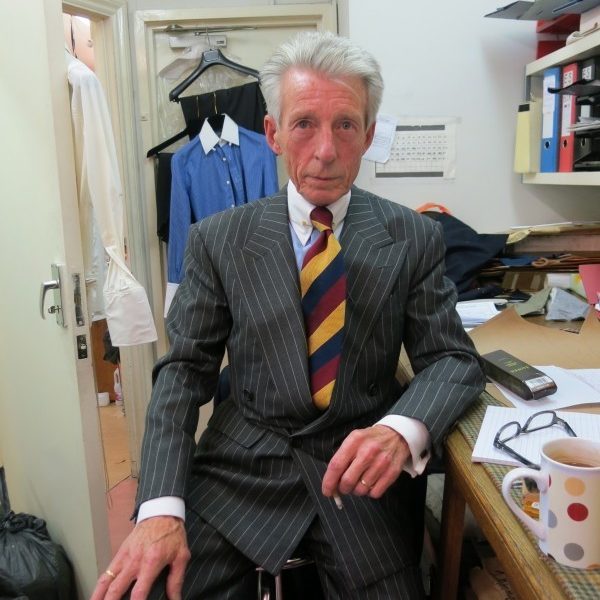 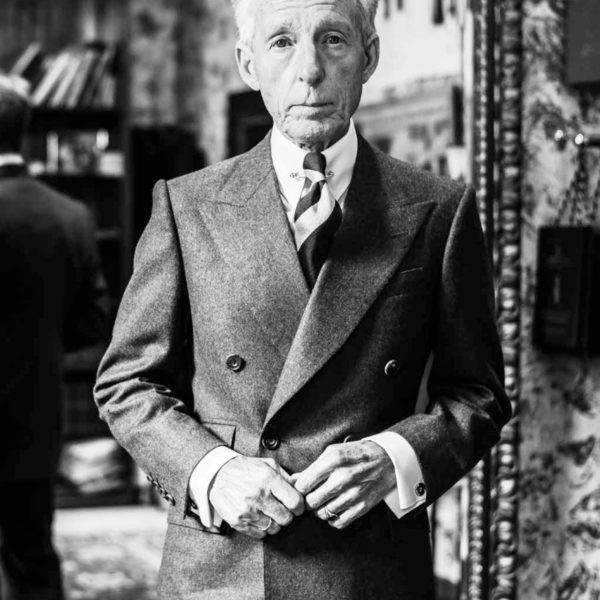 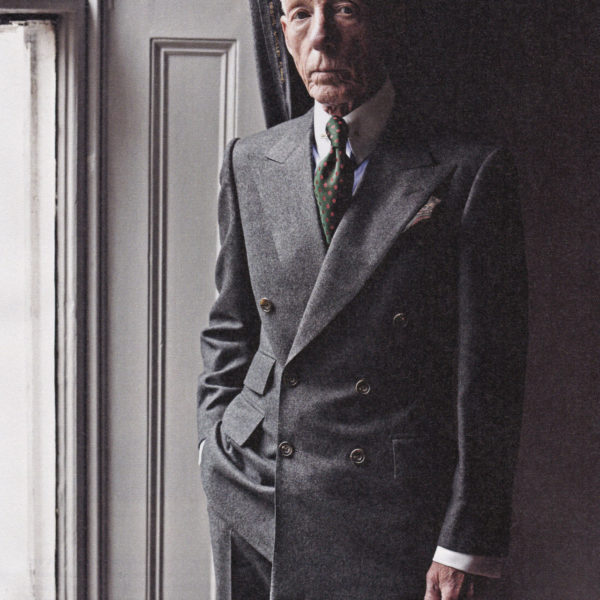 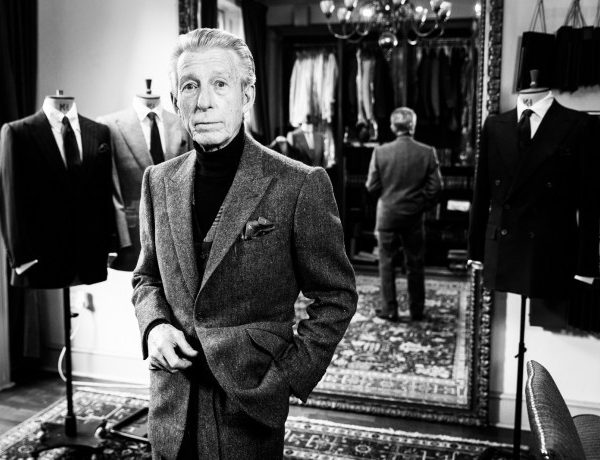 Everyone loves a natural shoulder line these days – whether that’s through the American Ivy look or soft Neapolitan tailoring. I admittedly only wear soft-shouldered coats myself, but every time I see a photo of Edward Sexton, I wonder if I shouldn’t reconsider.

Sexton, for those unfamiliar, was the technical genius behind Nutters of Savile Row – a famous tailoring shop that he and Tommy Nutter started in 1969. Together, they combined high-fashion with the highest standards of bespoke tailoring. Their jackets were nipped at the waist, flared at the skirt, and featured generously wide lapels. Strong, padded shoulders were later added to complete the look.

The style was immensely popular in the 1970s, and the firm brought a younger clientele to the then-stodgy precincts of Savile Row (to show you how stuffy the street was back then, Nutters was the first to even have window displays). Clients included Beatles members John, Paul, and Ringo (as well as their wives); Mick and Bianca Jagger; Twiggy; Diana Ross; and Elton John. You can actually see their work on the album cover of Abbey Road (on the three members wearing tailored jackets anyway).

Nutters of Savile Row is long gone, but elements of the style live on through Sexton’s current work (it’s a little more toned down, but the flair is still there). Rather than the short and slim suit jackets that are trending these days, Sexton’s jackets are long and full. The chest is powerful and expressive, waist sharply nipped, and skirt flared to angle over the hips. And instead of soft, natural shoulders, Sexton’s are unapologetically padded. Together with the firmly roped sleeveheads and sweeping lapels, these details give his jackets a sense of 1930s glamour.

Most of us will probably continue to wear soft tailored jackets for a while, but it’s good to remember there’s a large and diverse world of classic, tailored clothing out there. Structured coats can be very alluring as well – you just need the right inspirations.