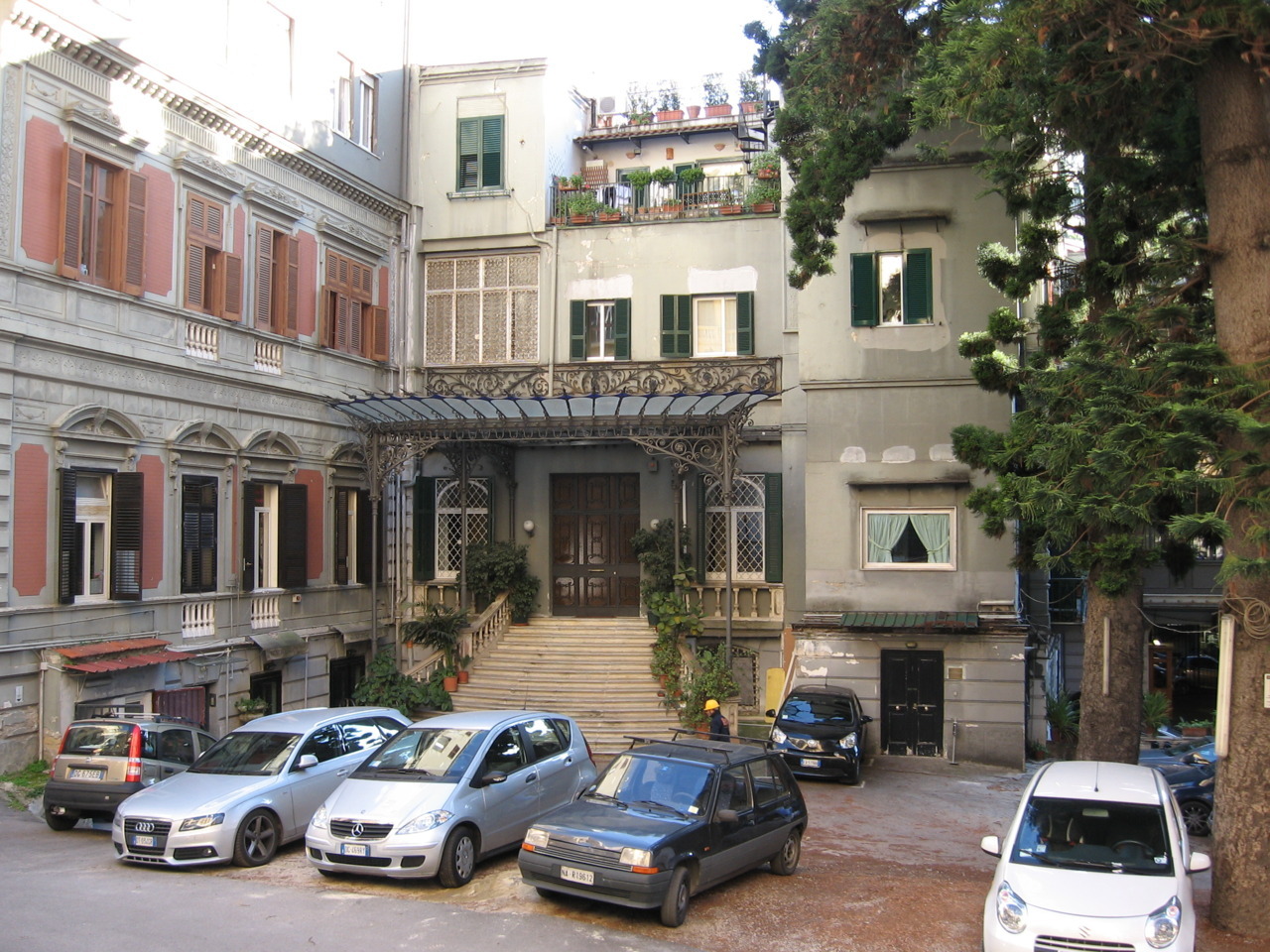 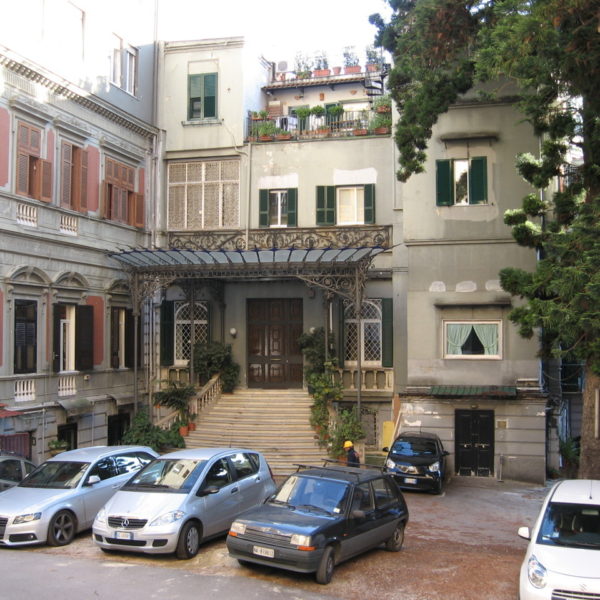 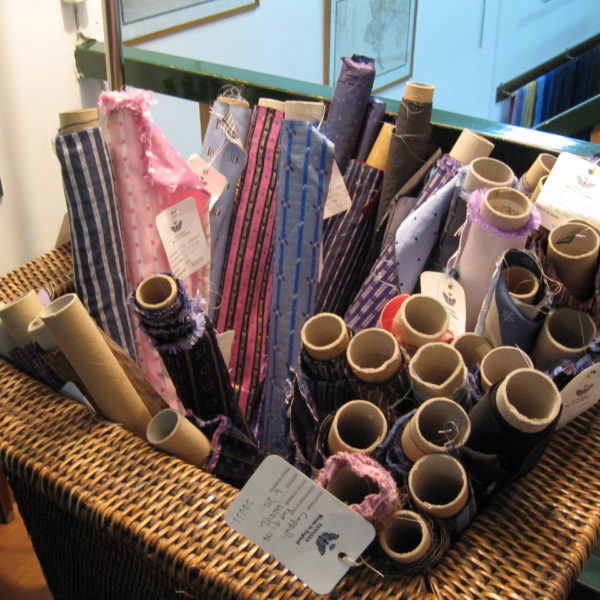 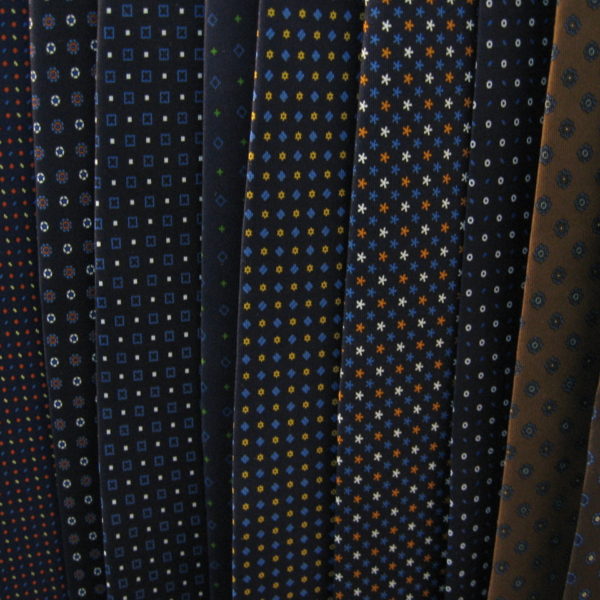 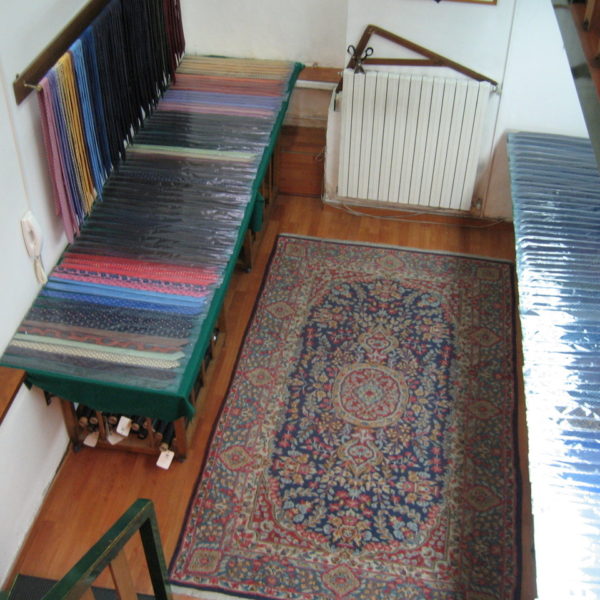 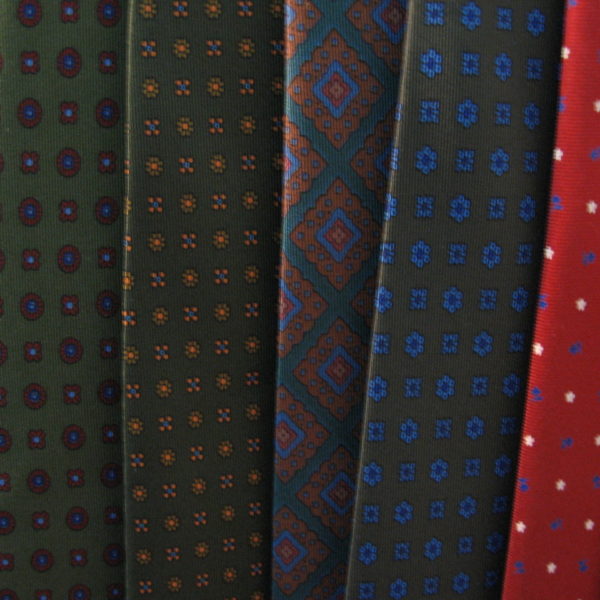 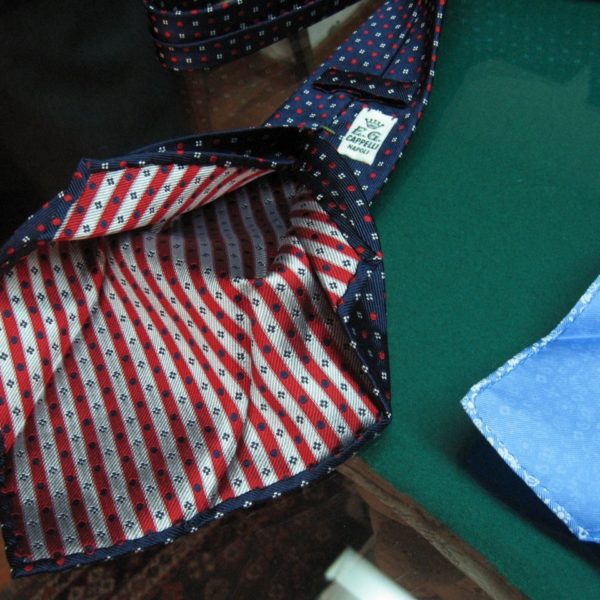 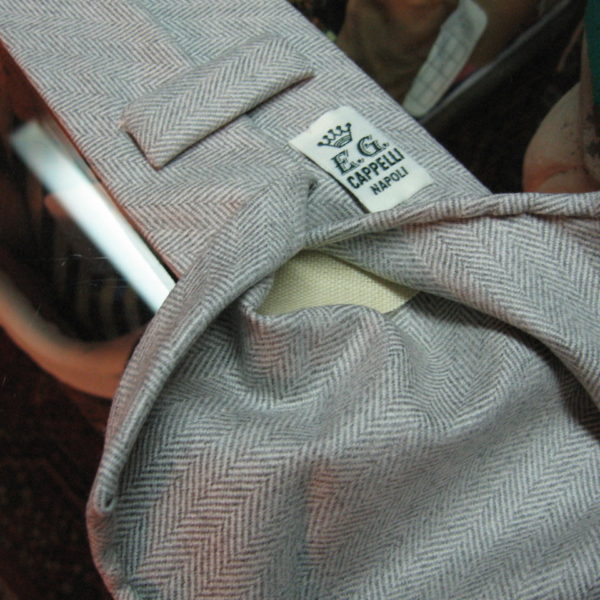 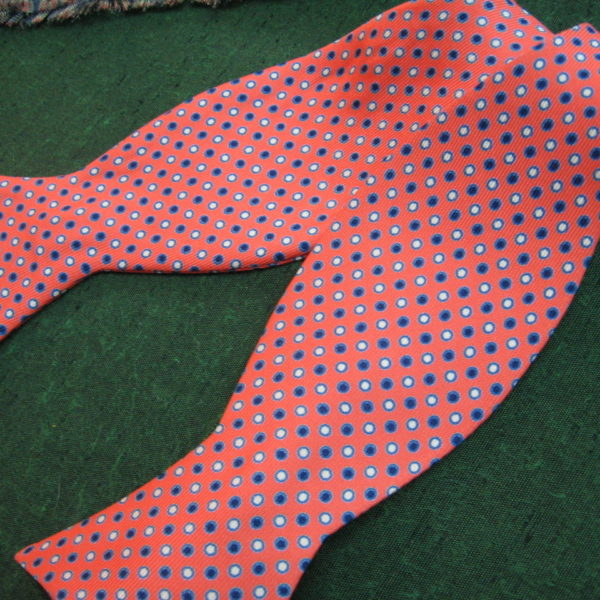 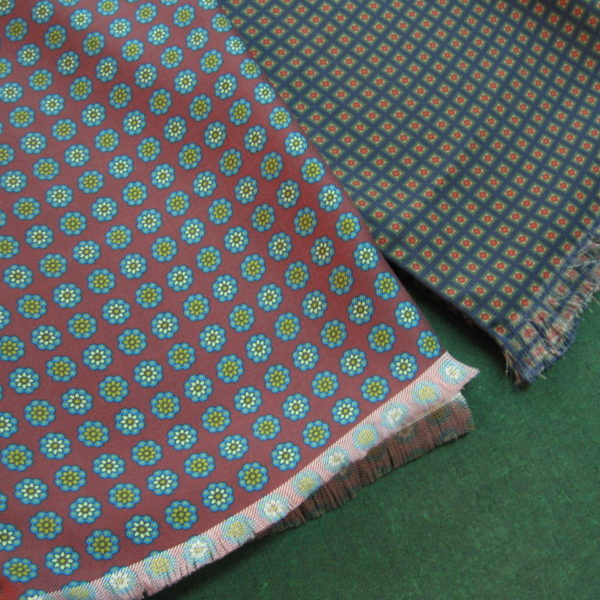 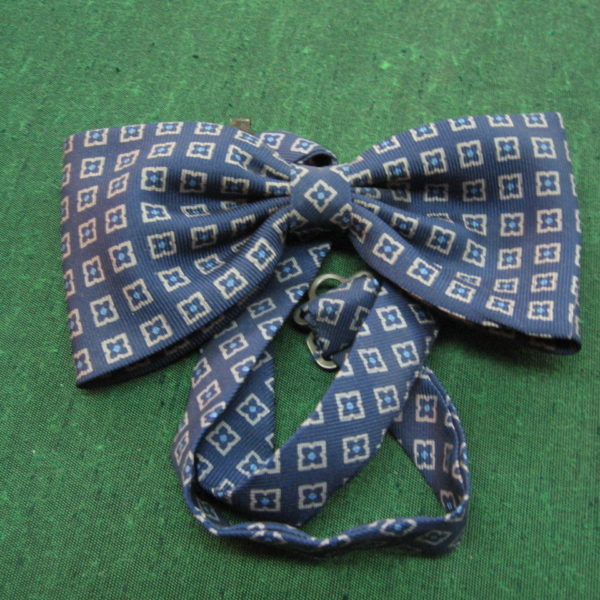 I know of maybe four or five neckwear operations in Naples, but only two are particularly special. The first is, of course, E. Marinella, a house as well known for their ties as the people who wear them. The second is E&G Cappelli, who is less internationally famous, but no less exceptional. On my first day in Naples, I had a chance to visit E&G Cappelli and meet its proprietor, Patrizio Cappelli.

Cappelli’s “shop” is more of an atelier than a boutique. It’s located within a courtyard that has a somewhat hidden entrance off of Via Mille and a main entrance off of a small street called Via Cavallerizza. It’s not easy to find and not meant to attract off-the-street foot traffic. The building itself reminds me of the research center I work at, and the space inside is sparsely decorated. Despite its unassuming nature, however, businessmen and style enthusiasts alike have passed the word of how exceptional these ties are.

Most ties, including those made by luxury-end makers, feel pressed and somewhat crisp when they’re worn. Cappelli’s, on the other hand, have a enjoyable human quality to them. The ties are made with a softer interlining, the edges aren’t pressed, and handsewn stitches at the back are more readily visible (particularly around the neck area, where it’s looser in order allow more give). All in all, Cappelli feel a bit more distinctive. They wear a bit softer and gentler, and have an appreciable artisanal quality to them. I picked up two wool herringbones while I was there and they’ve since become some of my favorites.

In the past, you could only get E&G Cappellis in one of two ways (at least that I know of). The first was to visit E&G Cappelli’s atelier in Naples and the other was to order from A Suitable Wardrobe. In more recent times, you could also go to Exquisite Trimmings. Patrizio tells me, however, that he’s planning to launch an online shop sometime at the end of February. Prices will be about $115 for ready-made and $145 for bespoke. I didn’t get a chance to ask if a 20% VAT discount will be given for non-EU customers or how much shipping to the States will be, so those prices may fluctuate. There were also some bow ties and scarves available in the shop, but I don’t know if those will be offered online.

These prices are, of course, on the luxury-end of the market, but for those who are already paying for Drake’s and E. Marinellas, E&G Cappellis are definitely worth adding to the collection. Without overstating it, these are some of the best ties I’ve ever seen.