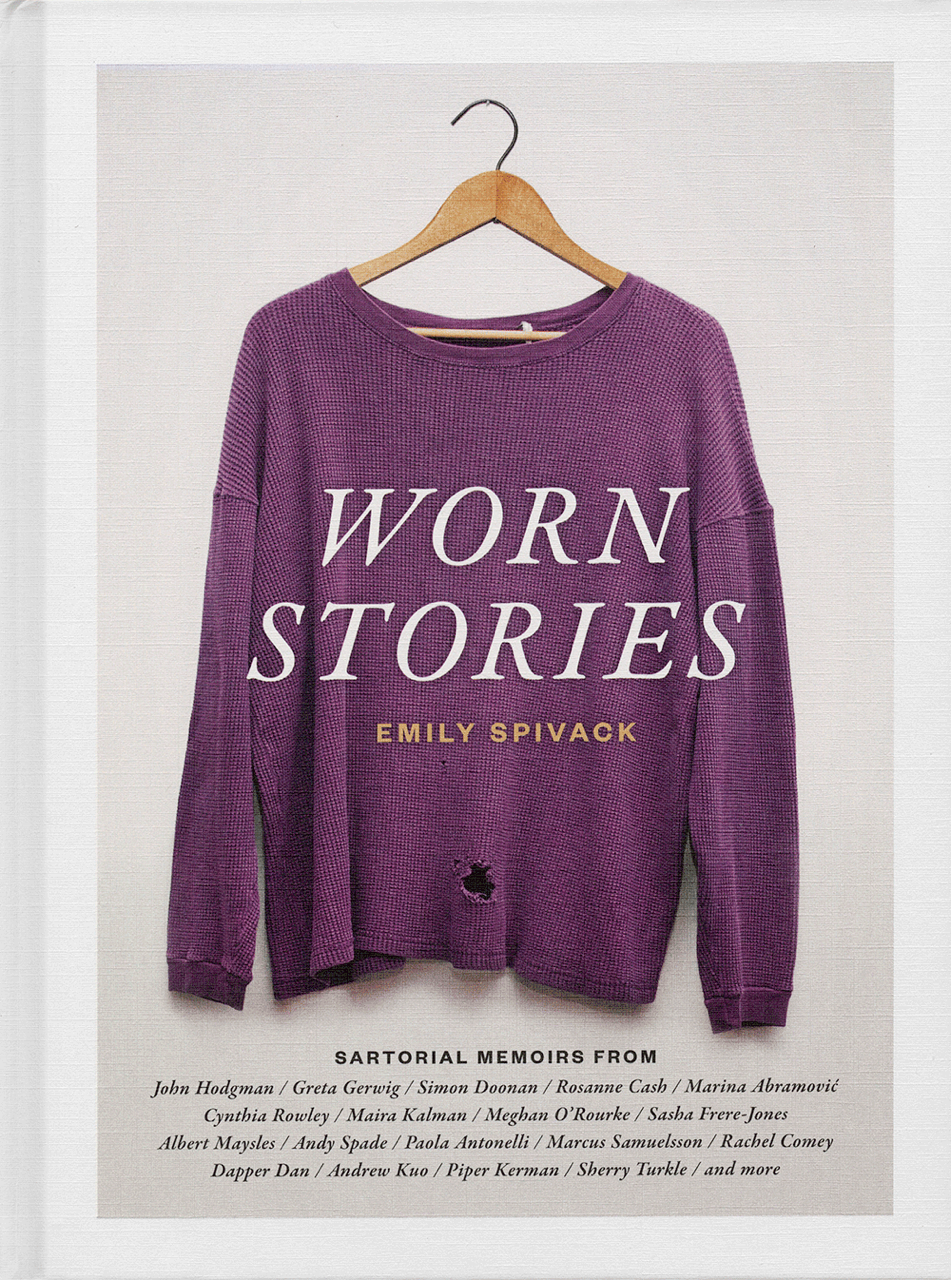 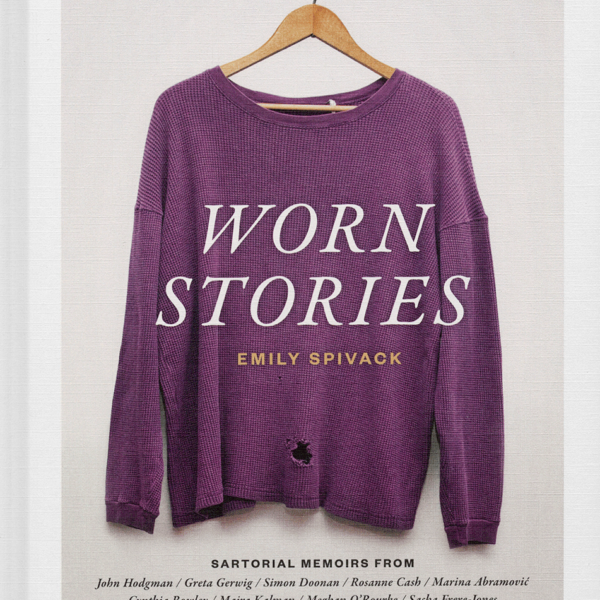 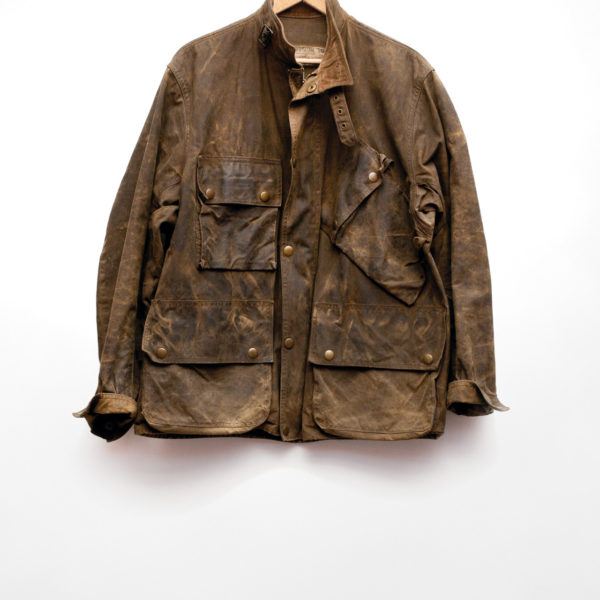 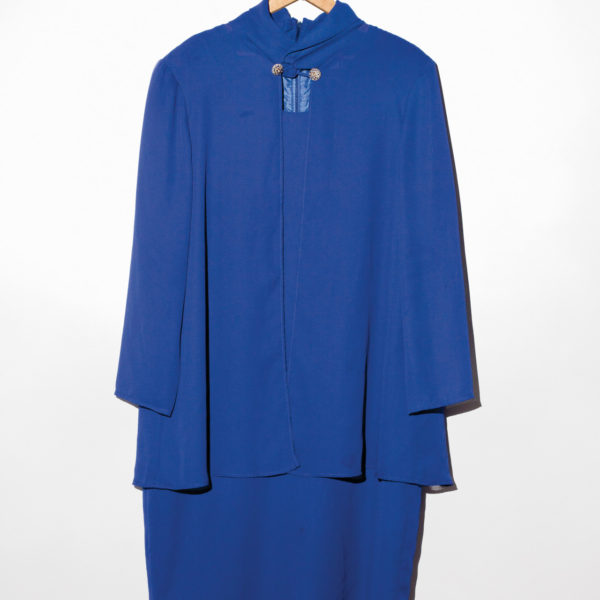 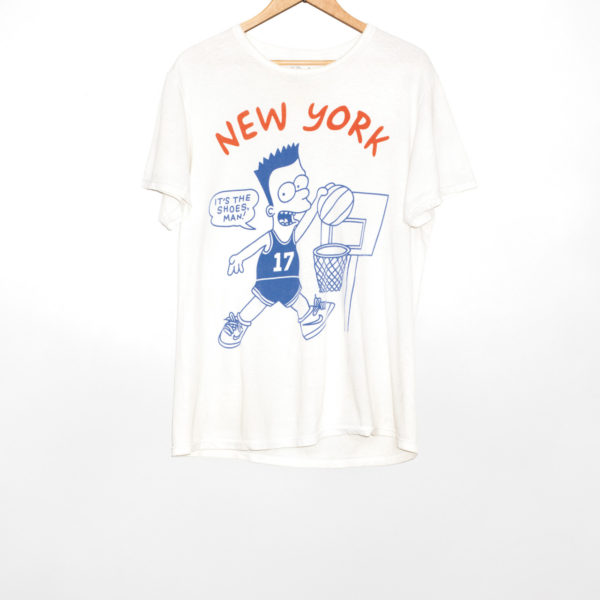 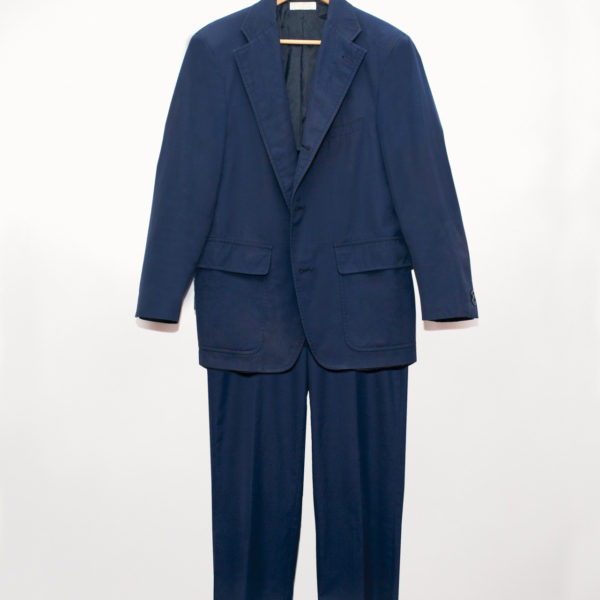 I don’t have hard data on closet turnover rates, but even the thriftiest and most #timelessly dressed guys will end up with a mostly new wardrobe every 5 or 6 years, especially when it comes to oft-laundered items like tshirts and oxfords that just plain wear out. Yet when you’re picking out stuff to chuck or donate, a few things that should probably go to Goodwill… inevitably don’t. You hang onto certain things even though a voice in your head whispers, with a little concern: “Hoarder.” Their value isn’t measured on receipts or by amortized per-wear cost (don’t pretend you haven’t calculated that at least once). Their worth is autobiographical, in the story they tell you about yourself.

Emily Spivack, who teaches at the Pratt Institute and created the Smithsonian’s Threaded blog on clothing history, has collected “sartorial memoirs” since 2010, and this month is publishing Worn Stories: a book that includes among its 67 stories contributions from John Hodgman, Andy Spade, Dapper Dan, and Albert Maysles, among many others. I can hardly think of a concept more in tune with Put This On.

“I wanted to be able to preserve these stories before they get lost.”

Spivack worked with a broad cross section of people—artists, writers, athletes, chefs, teachers—and the stories in the collection are as varied and unpredictable as their sources. Some are tightly focused on the clothes; for others, you wonder, as you read about a broken relationship or awkward adolescence, how the clothing will be woven in. This is not “talk about your favorite shirt,” although some people do; these are items ripped and frayed by lives lived, and they proudly bear the stains of memory. “One is the story of what someone wore when they were kidnapped, another was stabbed; one is about what someone chose to wear to break up with her boyfriend,"  Spivack told me. "When you go to a thrift store, you might find a receipt or ticket stub in a pocket. You know there’s a history there, but it’s lost. I wanted to be able to preserve these stories before they get lost.”

Each story centers on a single item of clothing, more often than not unexceptional on its own. Spivack collected the pieces from her subjects in order to photograph them for the book, “and you could tell they’d been worn. Some were ripped or threadbare.” Although the book balances men’s and women’s stories, Spivack made a deliberate choice to exclude jewelry. “Jewelry lasts forever; you can pass it on to the next generation. Clothing is not really perceived in that way. It degrades, it shows its wear, it’s impermanent. I think that’s relevant… Those are the things that possess meaning to people. That’s worth noting: what are the things we want to hold onto?”

Some of my favorite pieces in the book: critic Sasha Frere-Jones on the growing pains of teenage subcultural identity via a green band jacket; author Courtney Maum on a Ralph Lauren sweater and what it meant and didn’t mean about her father; Double Dare announcer Harvey on his Family Double Dare costume; and artist Andrew Kuo on bootleg Bart shirts and Linsanity.

With the rise of e-commerce and fast fashion, our investment in what we wear is more and more ephemeral, like a lot of the essentially disposable clothes themselves. Not that Worn Stories is another paean to the artisinal; it’s about how we imbue what we wear with a little bit of ourselves, and why that’s hard to let go of. As Spivack says in her introduction to the collection: “We all have a memoir in miniature living in a garment we’ve worn. This book brings some of those stories to light.”

Buy Worn Stories at Amazon or from the publisher.